Being a (very) new venture, my sewing school has started with a definite ‘bang’. Classes officially start next Thursday but I have already been teaching private 1:1 sessions on a weekly basis and, whilst not full, the half-term sewing camps have been popular too. I though you might be interested to see what we get up to in these lessons so, with permission, I took some photos throughout the day of the students at work.

Today I had the pleasure to teach two friends (kids prefer to come with a friend) aged 9 and 10, both of whom own their own sewing machines and dabble at home quite happily. 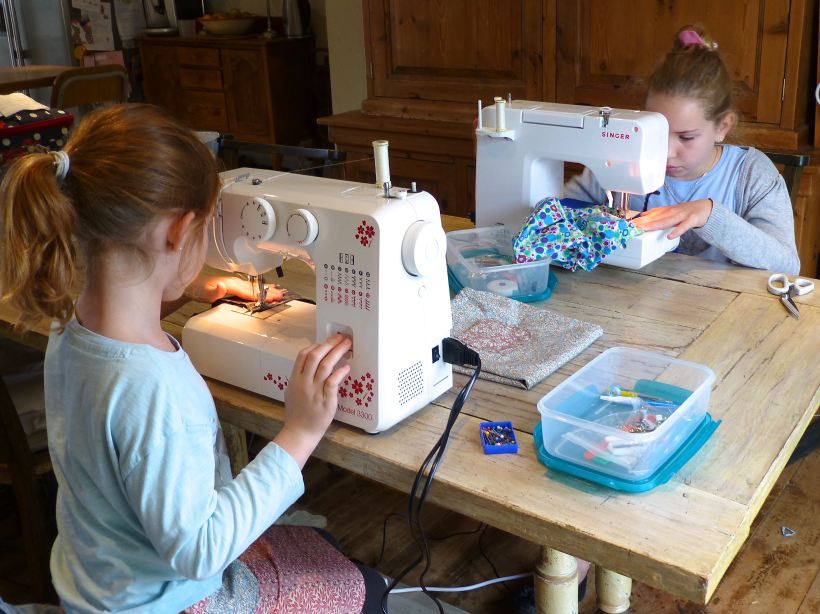 This little girl brought her machine along as she felt comfortable using it and it soon became apparent that she was familiar with machine sewing, already able to thread it (almost) correctly and wind the bobbin. 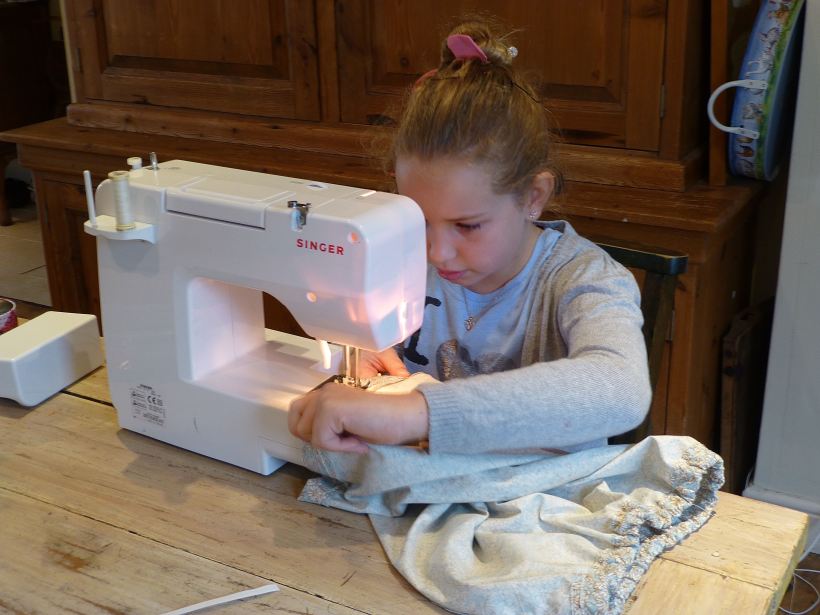 My job was to teach the finer points, good practice and safety, so we went back to basics and practiced running and zigzag stitching in a straight line, circles (harder than they thought), corners and the concept of back-stitching to prevent unravelling. Appropriate stitch lengths and seam allowances were discussed as well – all the kind of things you don’t bother with when you’re a 9 year old desperate to just get on and make something!

Within half an hour both girls were ready to start a project.

They each chose some fabric from my stash and decided, from the options given, that they would like to make a simple, elasticated skirt.

Using the lines marked on the machine bed, they learned how to keep a consistent seam allowance.

They also learned the best way to put a pin in – all simple things that needed to be taught that they wouldn’t otherwise know. 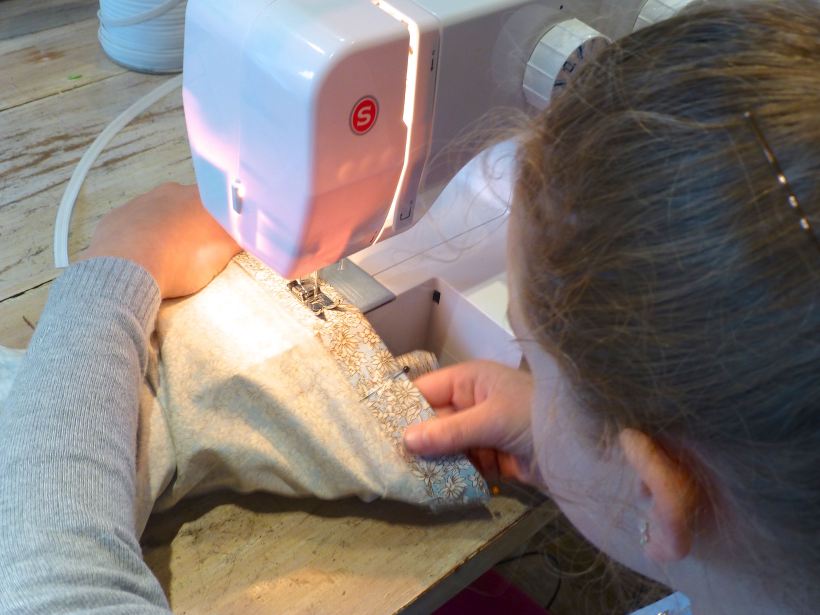 The importance of pressing at every stage was also new to them, the bonus being that there’s no excuse not to do their own ironing at home now that they know how to use it safely!

The girls finished their skirts right on the virtual bell denoting lunchtime. A good morning’s work by anyone’s standard.

Here they are modelling said skirts, customised at the last minute by their request to add a coordinating pocket in which to keep their toy mice. 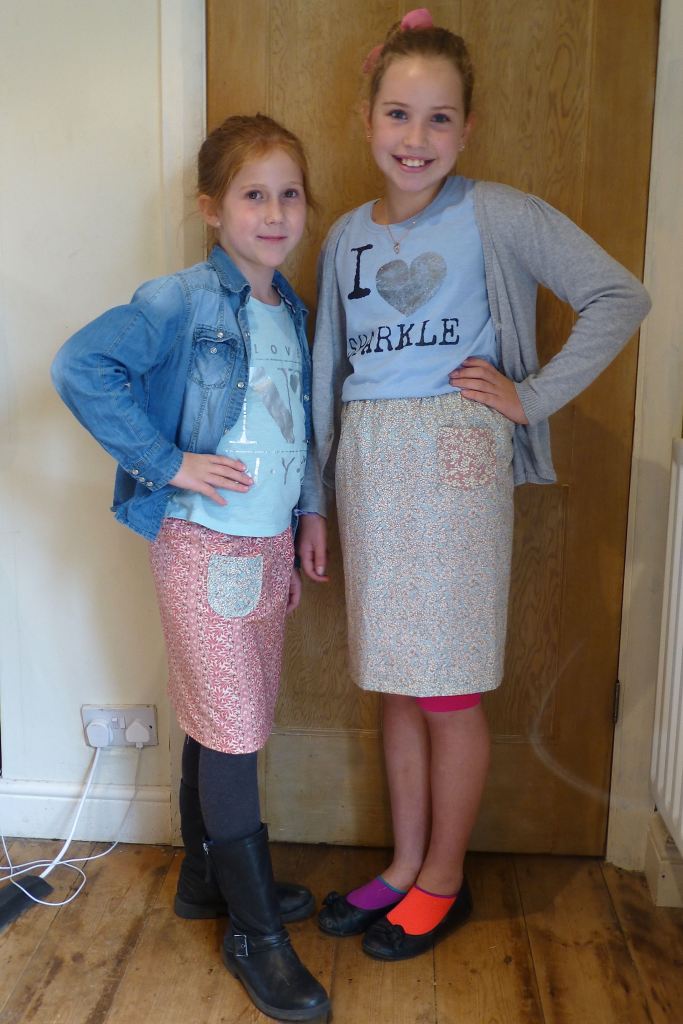 After a 35 minute break for lunch both girls were keen to begin another project, this time a messenger-style bag that is worn across the body.

Concentration was back on track again after a break – 3 hours is a long time to expect full attention from the younger students.

Can you see the student wearing her newly made skirt that she begged me to allow her to keep on for the rest of the day?

One look at those beaming faces is enough to tell you how much fun they are having! 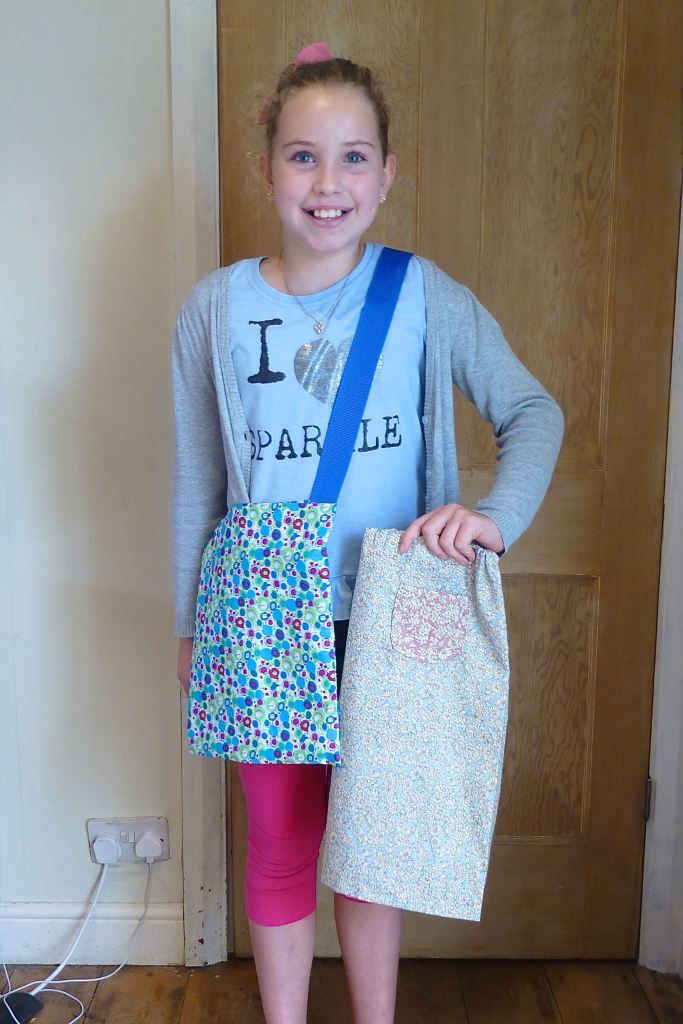 With two projects completed I let the girls rummage through my stash and allowed them to make anything they wanted in the time left. They decided to each make a small drawstring bag.

Both girls are desperate to attend the regular weekly classes that start after half term and signed up immediately – that’s the sign of a job well done I think, don’t you?

I thoroughly enjoy spreading the sewing love and it’s wonderful to see another generation being bitten by the sewing bug, a skill that will serve them well in the future and give them endless hours of pleasure no doubt.

What are you doing to encourage kids to make things for themselves?

40 thoughts on “A Glimpse Into Sewing Classes For Kids”