If you follow Kate of Just Pootling blog, you’ll be familiar with her lovely crocheted garlands. As soon as I saw her Late Summer Daisy Garland, I knew that I’d have to make my own version for our newly upcycled kitchen dresser. I have lots of suitable cottons already, in a whole range of colours, so thought it would be fun to make a multi-coloured daisy garland. I followed Kate’s instructions, which can be found by following this link.

Each daisy took about twenty-five minutes to create, so I just made a few as and when I could fit them in over the course of a few weeks.

I made thirteen daisies in total – seven coloured ones and six white ones, so that every other daisy on the garland would be white.

This shows what a difference blocking makes! 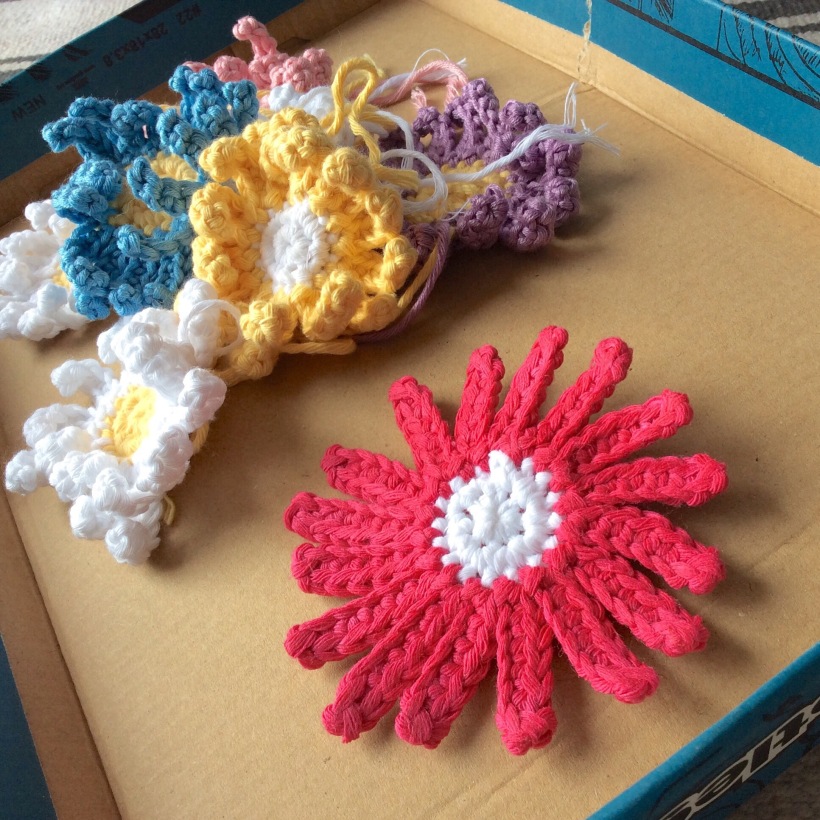 I actually used spray starch and an iron to block the daisies, which is very quick and means the daisies are slightly stiff so should hold their shape without flopping.

I opted for a simple chain stitch cord on which to mount the daisies and continued crocheting, measuring as I went, until the chain was long enough. 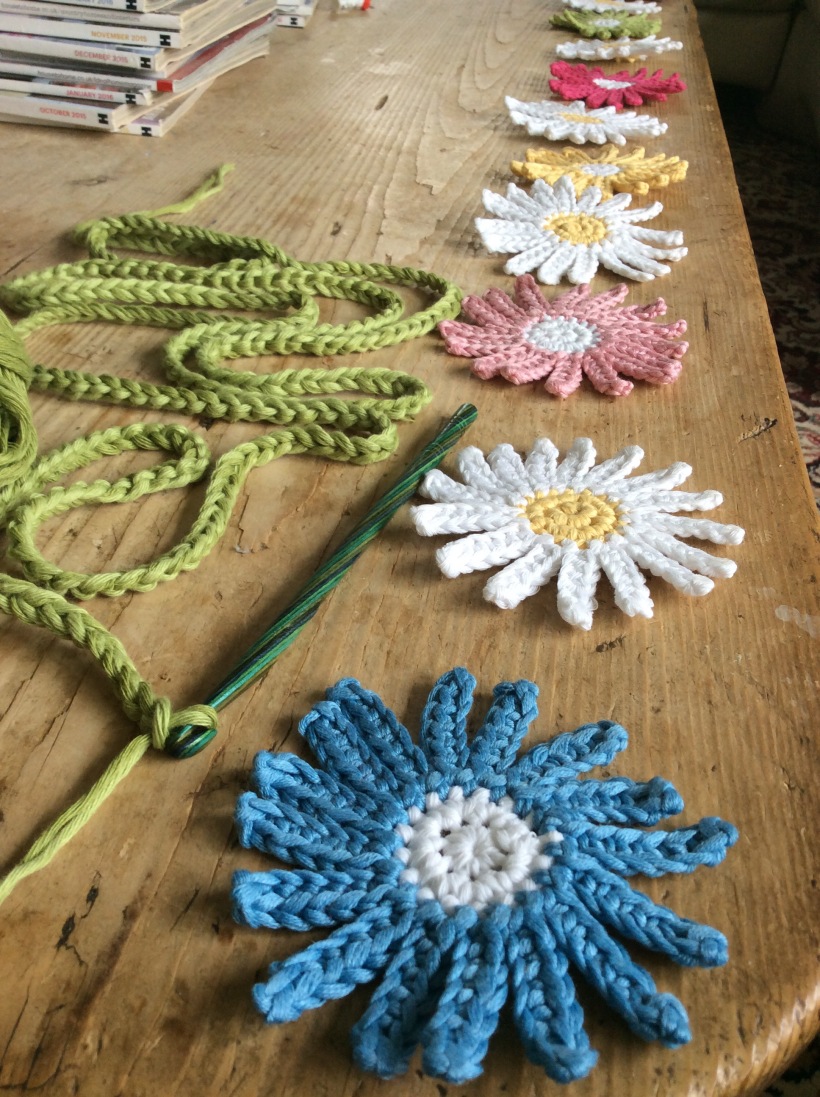 The daisies were spaced three inches apart with a three inch tail at either end and simply sewn on to the crocheted chain. 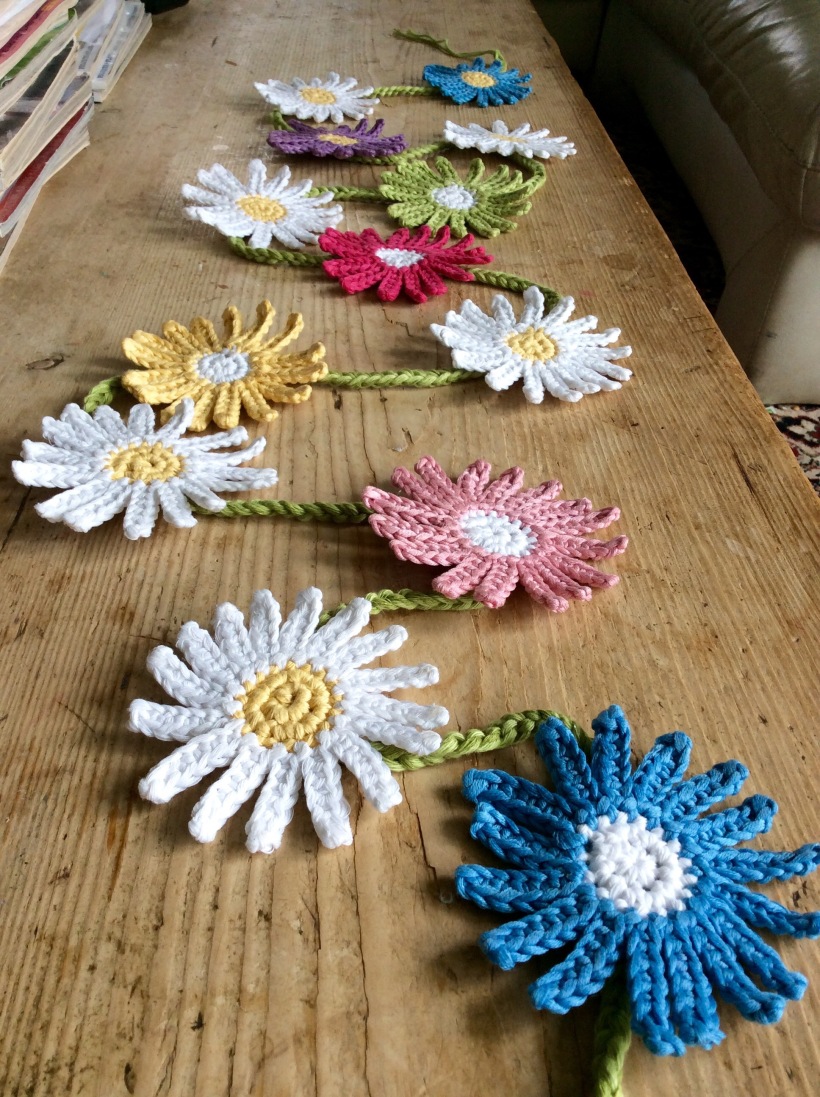 A hook was screwed into the dresser at either end and another in the centre, then the garland was hung. 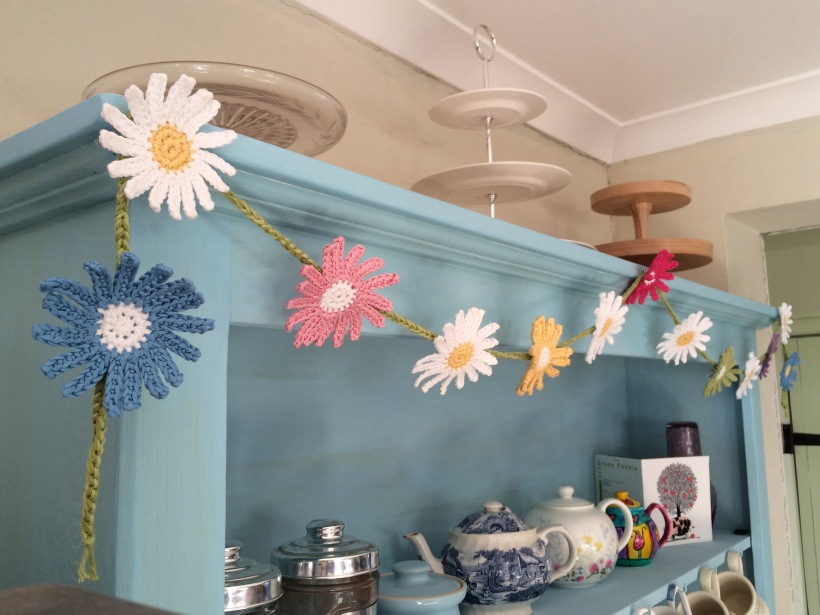 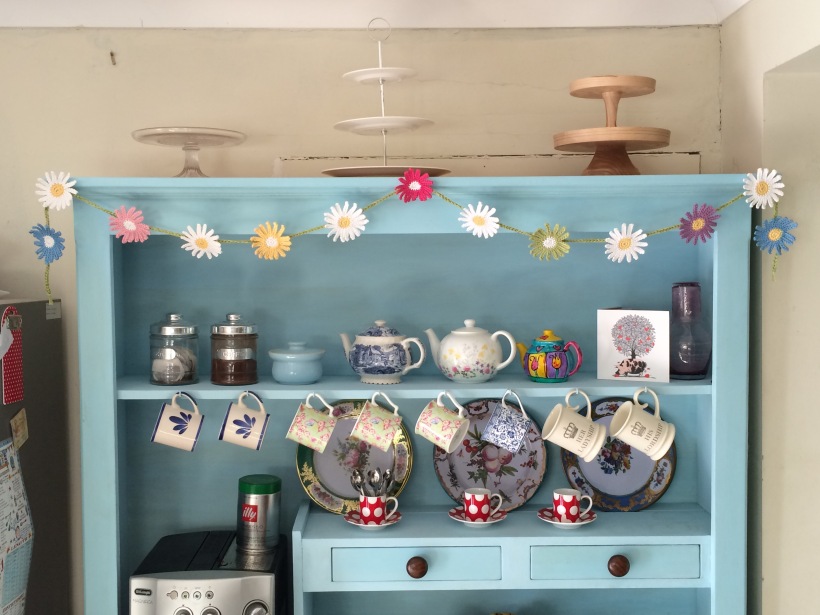 Isn’t it pretty? The perfect finishing touch, I reckon.

My friend loves it so much that she asked me to make one for her. Why aren’t there ever enough hours in the day…..?