1. My Eyelet shawl is progressing nicely, although it never feels like it’s going to be big enough when you’re knitting it – blocking makes a world of difference and it magically doubles in size!

2. Valentine’s night was celebrated before the actual day as we couldn’t get a babysitter for the 14th, understandably. Mr H-L took me to our favourite hotel for a seven course meal which was amazing, as usual. I decided not to interrupt the evening by taking photos, but sneaked this one while he was in the loo.

3. On Valentine’s Day itself, we thought it would be nice to take The Boys to a ‘posh’ hotel and give them a chance to use their table manners which have been drummed into them since they were old enough to hold a fork. We went back to our favourite place for the second time that week – and they loved it.

We started with champagne cocktails in the drawing room…. 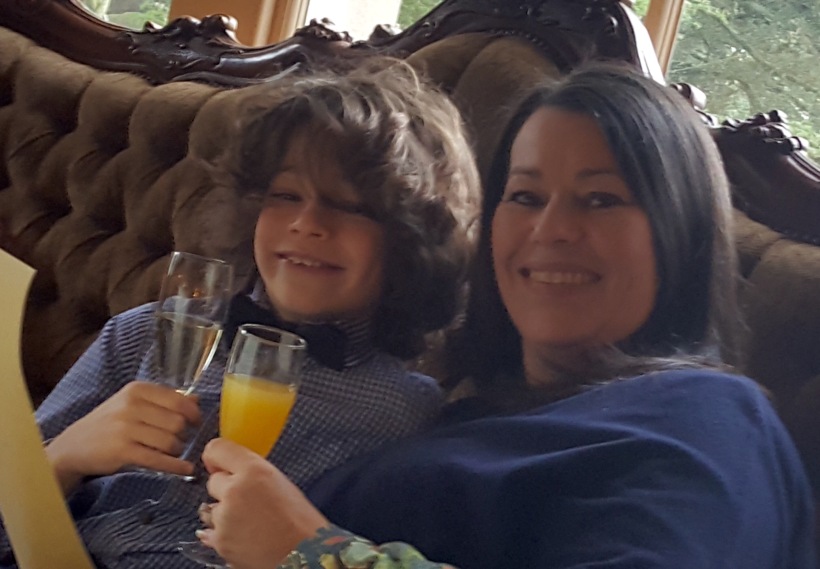 6……followed by the most incredible three course lunch in the restaurant. No, the whisky wasn’t the third course!

7. Coffee and petit fours by the fire back in the hall.

8. The Boys were fascinated by the pile of Visitor’s Books and wanted to go back to the first entry which was in 1969. They added their signatures to the latest book.

9. Fifi is back to her usual self after a nasty infection which we thought might finish her off! She keeps scaring the life out of us, but bounced back yet again this time.

10. Most of half term was spent up in Nottingham, staying with a cousin and her family. There is an extensive underground cave network which numbers over 600, most of which have been built on. This particular cave used to be used by Tanners and must have absolutely stank! 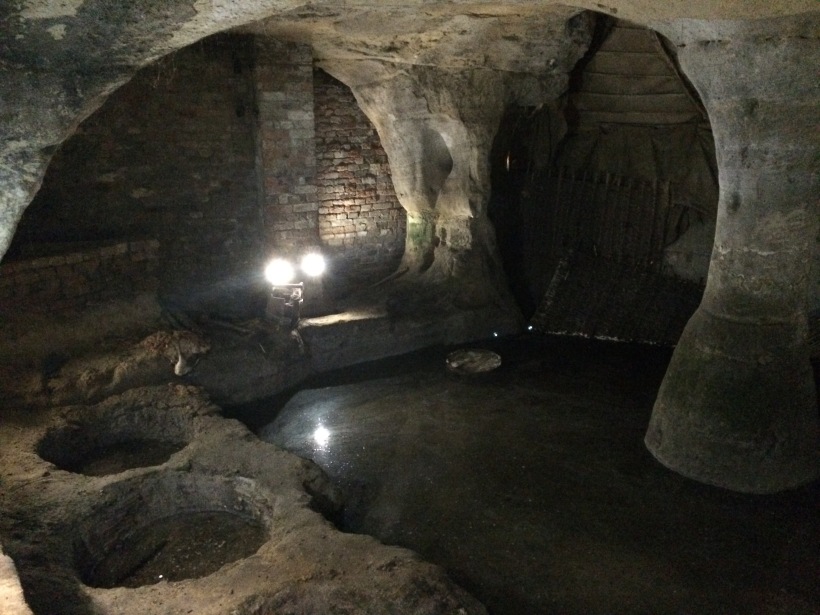 11. Broadmarsh Shopping Centre has been built over a lot of the caves and even the remains of old buildings. You can see clearly the fireplace with its original range still in situ, and what you can see above is the pipework underneath the base of the shopping centre!

12. Here again, the brick foundations of the shopping centre above are clearly visible on the right, as is more pipework and the floor of the building overhead. The ruins of a house stand as a record of how life in the city used to be. It was an utterly brilliant tour and fascinating to see what was under the city.

13. We happened upon a Loake shop (handmade shoes) whilst in the city centre, and Mr H-L, who already owns a pair of Loakes, was like a pig in s**t trying on all the shoes. 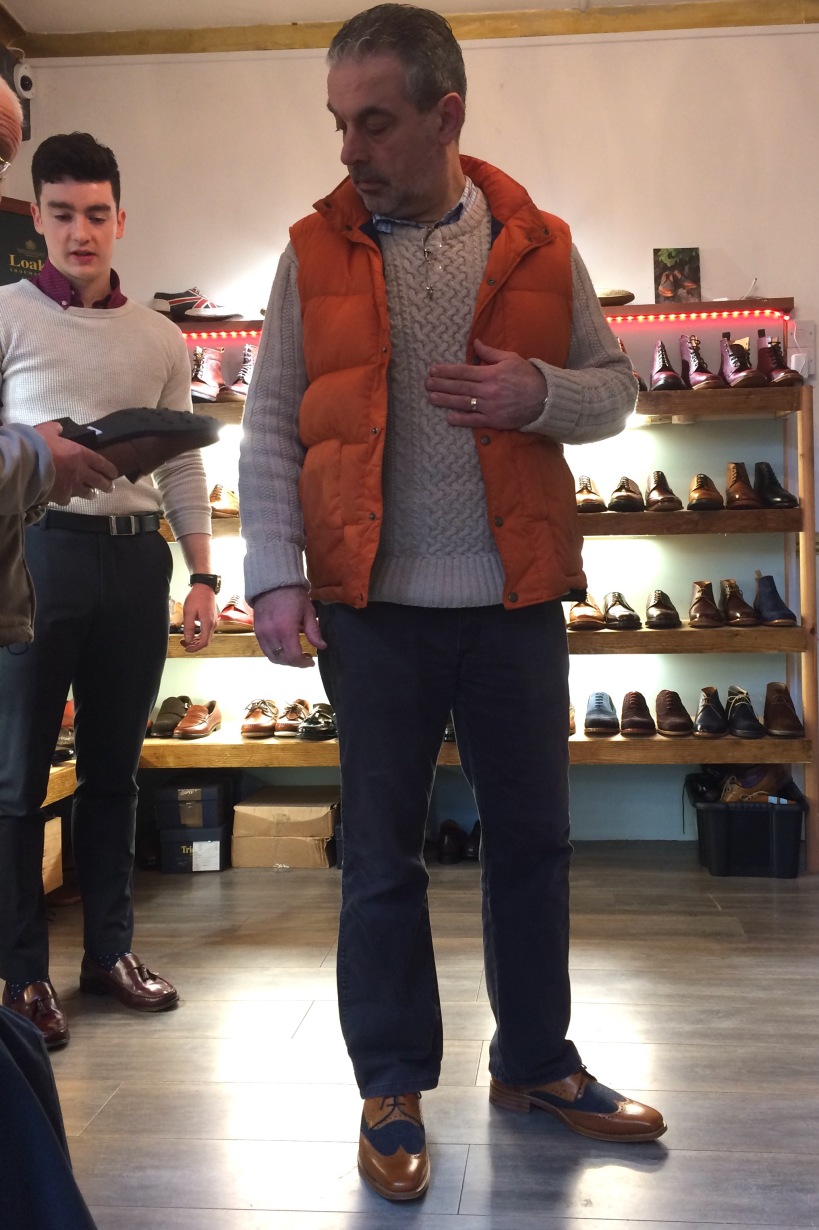 14. He came away with this tan pair, inset with Harris tweed.

15. He also bought this red pair for which we had to go and buy a matching tie (much to the assistant’s amusement in the tie shop!) and a THIRD pair which are still being made. They cost a bloomin’ fortune!!

16. Shoe shopping makes you hungry, apparently, so lunch was at Yo Sushi. A new experience for me, as it’s a looooong drive to a town/city that has anything like this. LOVED it.

17. While we went charity shop browsing the next day, The Boys had fun in one of those pottery cafés that you see occasionally. 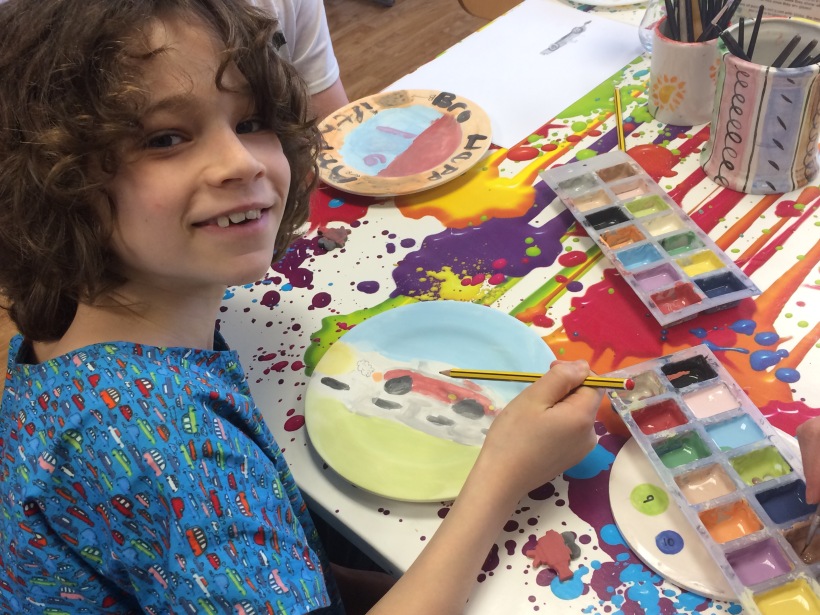 18. Had this been working, I would now be the proud owner of an ancient Frister Rossmann sewing machine. It was quite expensive, so I resisted the temptation. 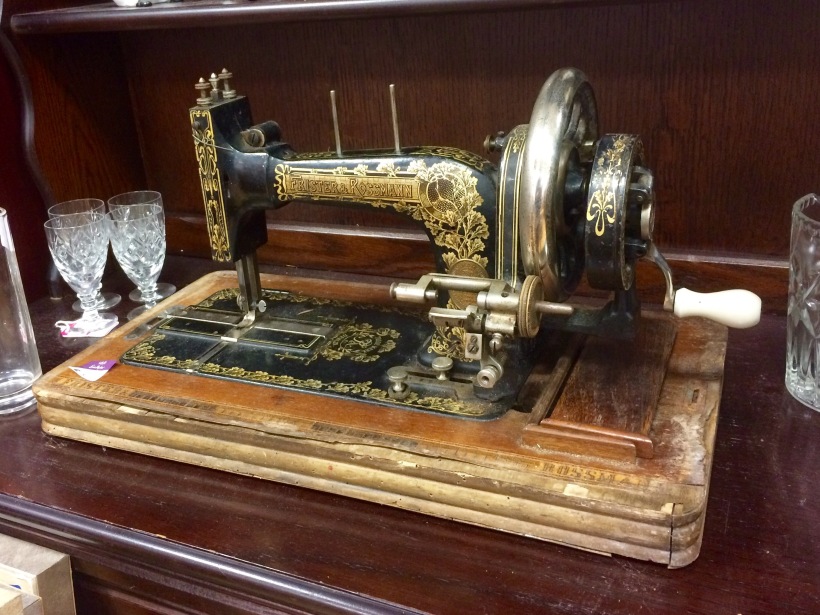 Linking up with Natalie at Threads & Bobbins, Sunday Sevens is where you show seven (or 18!) photos of what you’ve been up to outside the blog in the previous week.

How was your week?