1. Not the most exciting project to get back to the sewing machine for the first time in a month for – sewing nearly ONE HUNDRED name labels into No.2 Son’s clothes and belongings for school. Luckily, I had some help and managed to delegate all the socks to Mother:)

2. Unfortunately, both little boys came down with a sickness bug for the best part of that week and spent a large portion of that time flat out on the sofa.

3. In between bouts of throwing up, there were a few times when they perked up enough to indulge in a board game. This one was picked up for a pound in a church fair and was a favourite of mine when I was their age. The Boys soon decided it was their new favourite game, too. Does anyone else remember ‘Ulcers’? 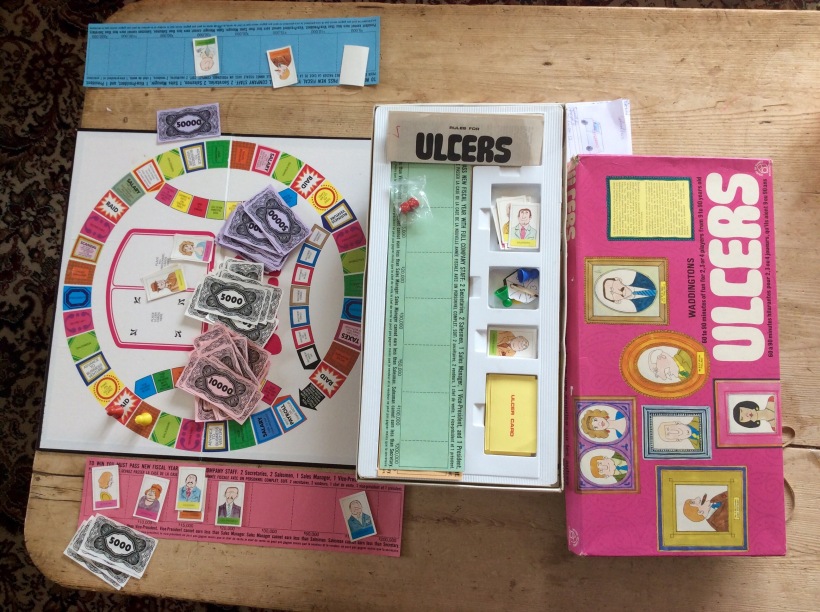 4. We took The Boys shopping for school shoes and had our last lunch out of the Summer holidays. 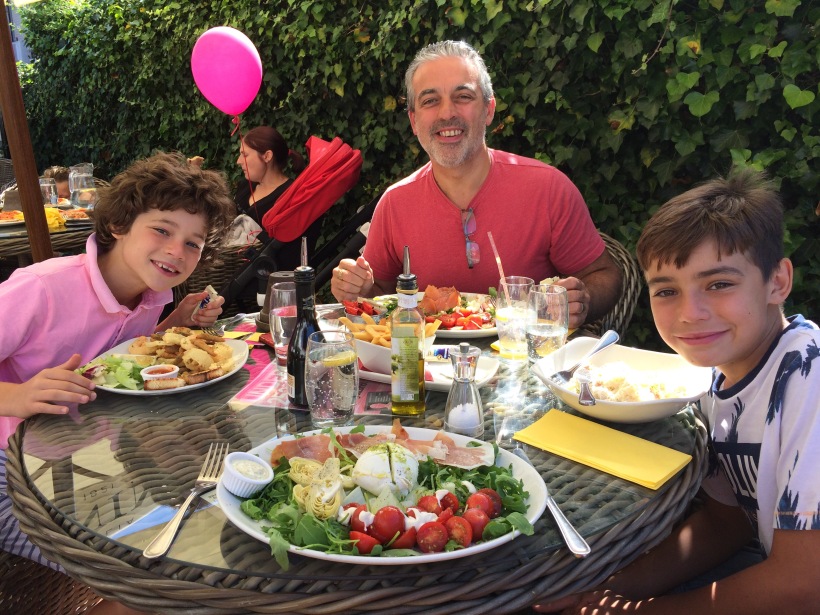 5. The next day we took No.2 Son to his new school – here he is in his part of the dorm with the obligatory football team duvet set.

6. He soon made himself at home, putting up posters above his bed. We haven’t seen home in two weeks now and, as we decided not to give him a mobile ‘phone, have only spoken to him twice. 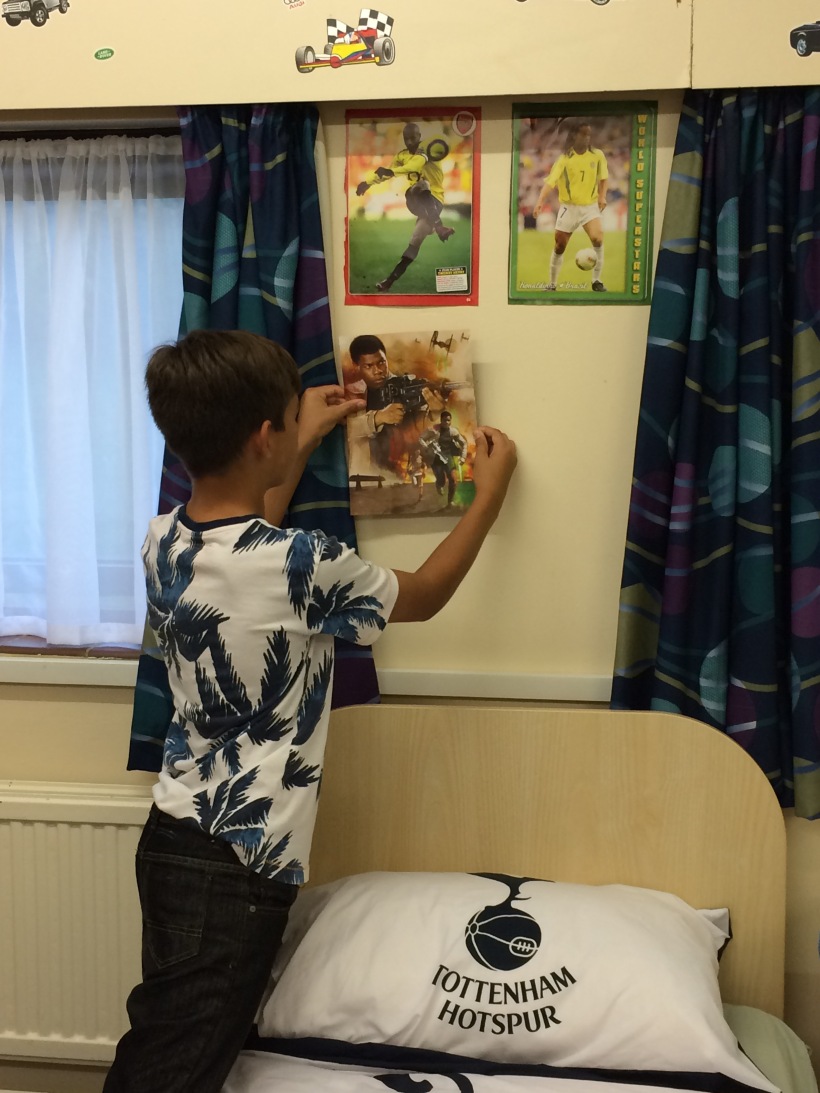 7. I took a good friend out for coffee to Kilver Court as she can’t drive due to an ankle injury.

8. In the shop there was this ex-display Kingsize bed for sale for the rock bottom price of £400 including the mattress. My friend snapped it up!

9. Hubby and I popped out to a pub for a Persian meal. I drank two bottles of wine on my own.

No, I’m not an alcoholic – they were tiny bottles.

10. I made ten jars of my favourite Damson Jam. 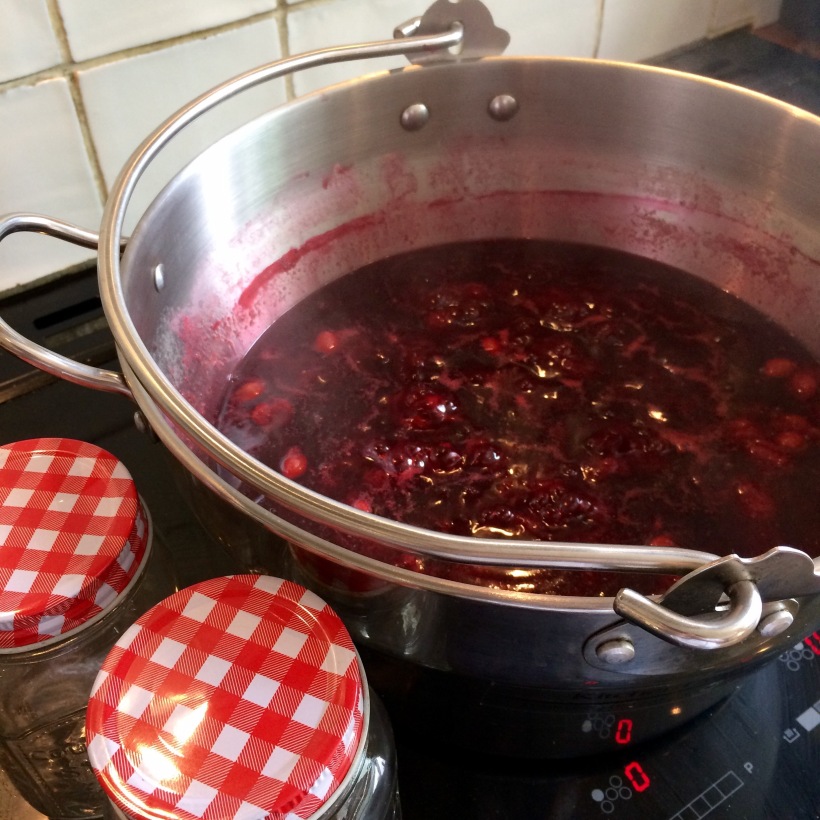 11. Hannah Dale’s gorgeous mugs by Wrendale Designs were on offer locally, so I treated myself to four more. 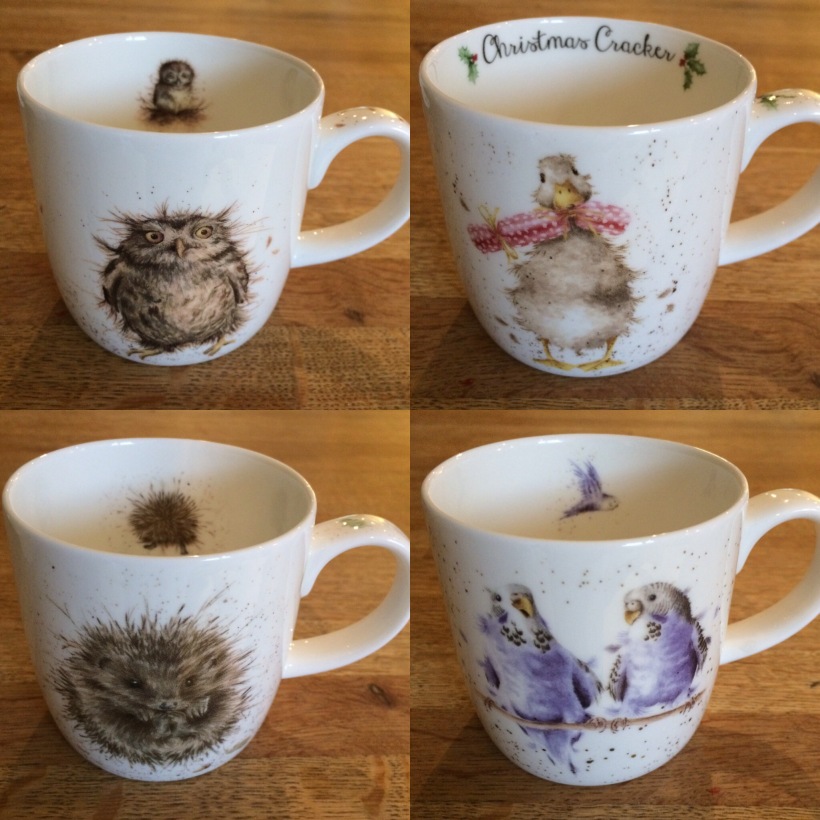 12. Together with the jars of homemade jam, they look lovely on my kitchen dresser.

13. Mr H-L bought a new toy  brush cutter and went straight out to play with it.

14. Sewing classes re-started this week and one of my students made this fabulous apron, destined to be a Christmas present for her Auntie.

15. Another of our good friends turned Eighty this week, so we took her out for lunch to celebrate. Little Barwick House – just lovely.

16. We went with some friends to Frome Cheese and Agriculture Show where we bought some interesting Christmas presents. 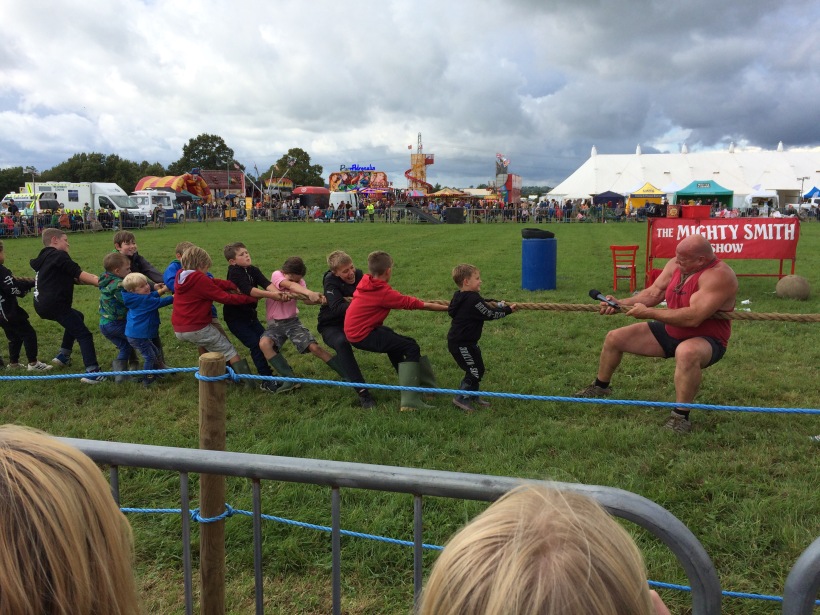 19. ….hubby was plucked out of the crowd to humiliate himself in the Strong Man tear-an-Argos-catalogue-in-half competition!

20. By far the highlight of the day though, was singing along to The Wurzels. Such a lovely bunch of blokes, one of them is now in his Eighties! 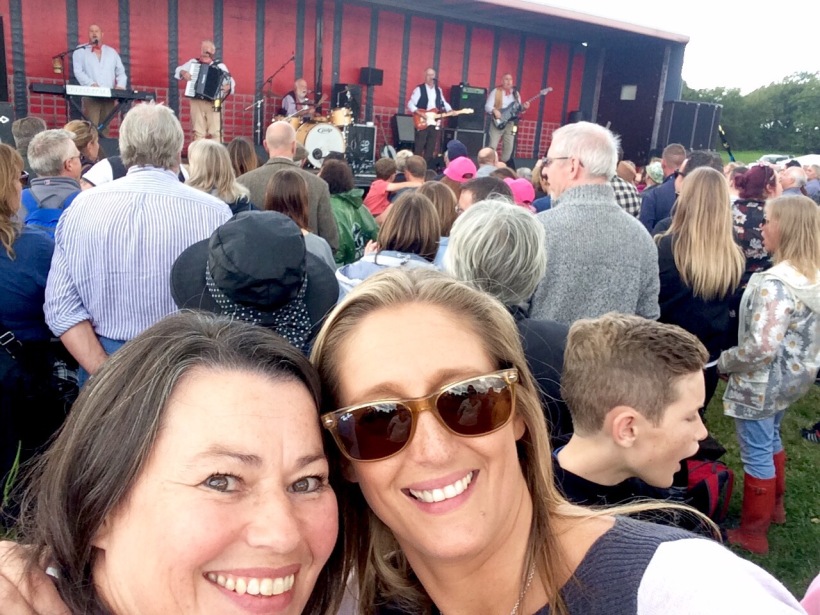 21. Just as we were leaving the showground, the skies blackened and a full, double rainbow appeared. We made it back to the car before the heavens opened.

That’s it for this week folks!