Sunday Sevens is a weekly blog series showing a glimpse of your life outside the blog.

1. One misty morning earlier this week, we spotted these three deer grazing in the field directly behind our house. They don’t normally venture quite this close, so it was a treat to see them.

2. Pumpkins were everywhere on Hallowe’en. 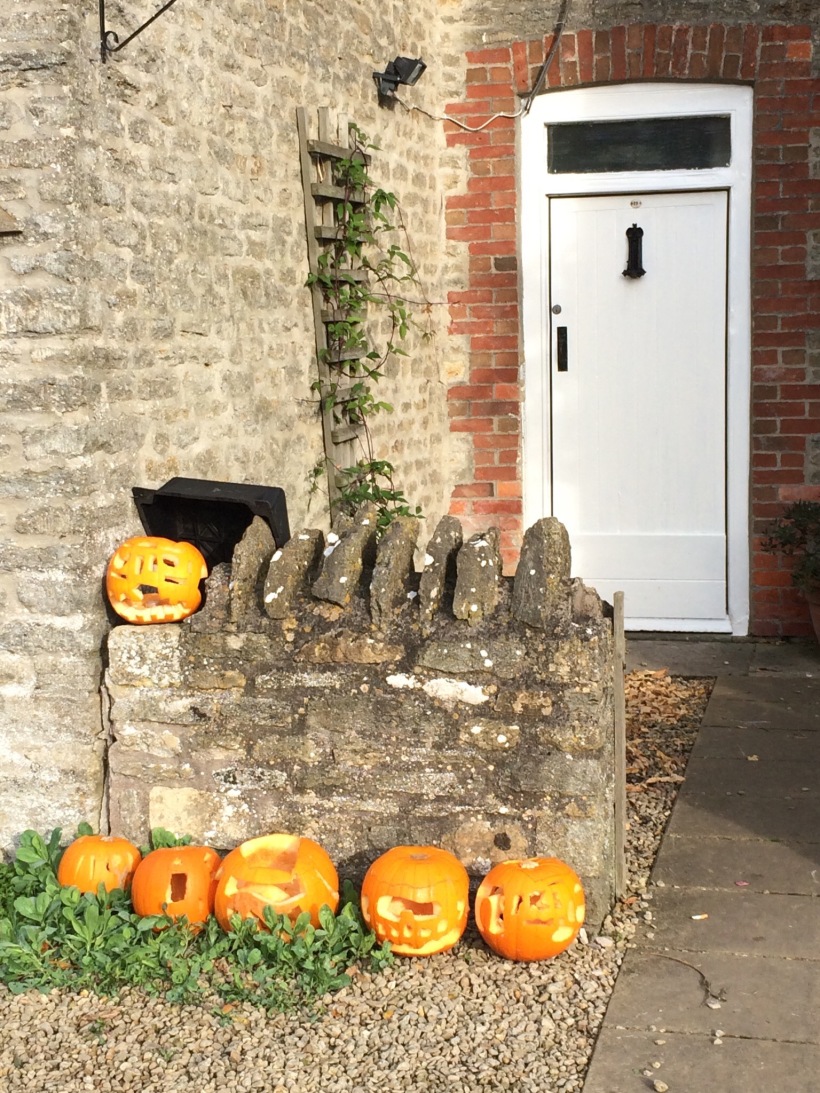 3. Midweek, we took No.2 Son shopping for his birthday. He’s got to ‘that age’ where he only wants money or clothes. And they can only be black or grey.

4. Fifi started flagging after two miles, so it was just as well we took her carrier on this particular walk. 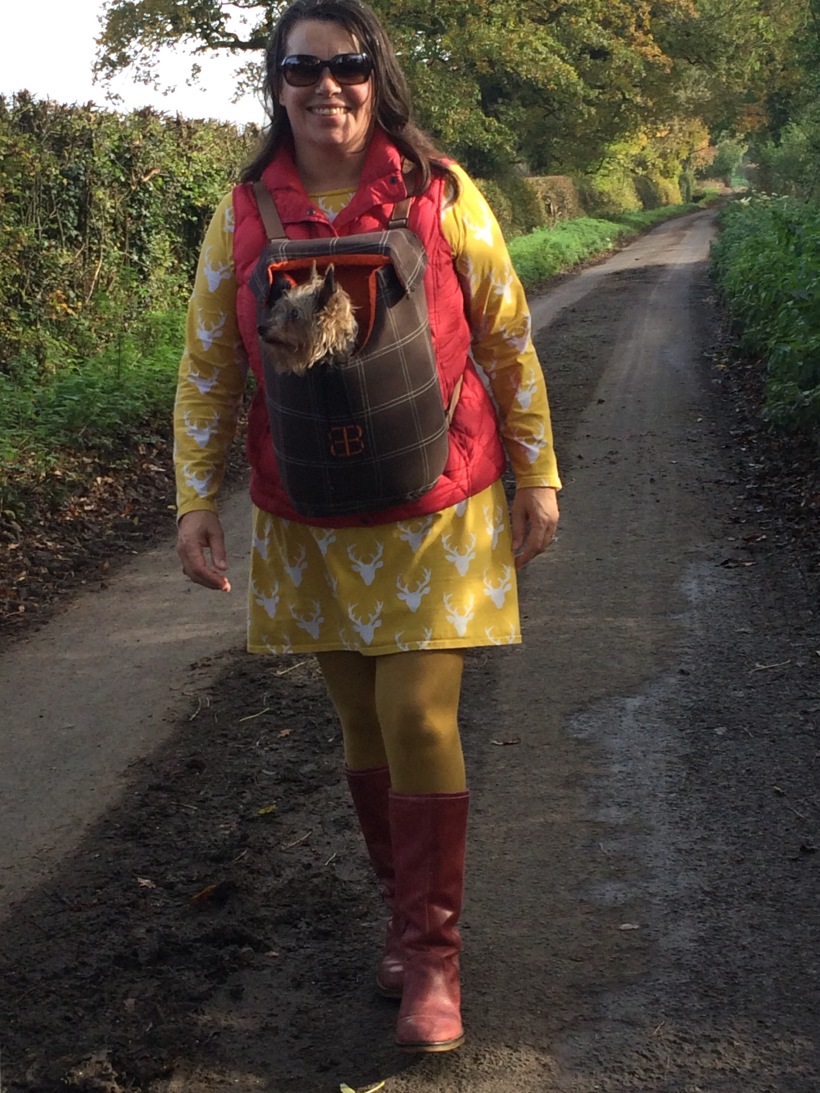 5. This is her dog’s-eye view. Not bad really, and she’s quite happy to travel this way.

6. Big breakfast for our big boy on the morning of his 12th birthday.

7. In the evening we all went to see ‘Murder on the Orient Express’ at the cinema. Beforehand, we had a fabulous meal at Caribbean Corner in Yeovil, where Ava, the owner, smothered the birthday boy in kisses!

8. No.3 Son picked up his certificates and medals after his Latin and Ballroom dancing class. 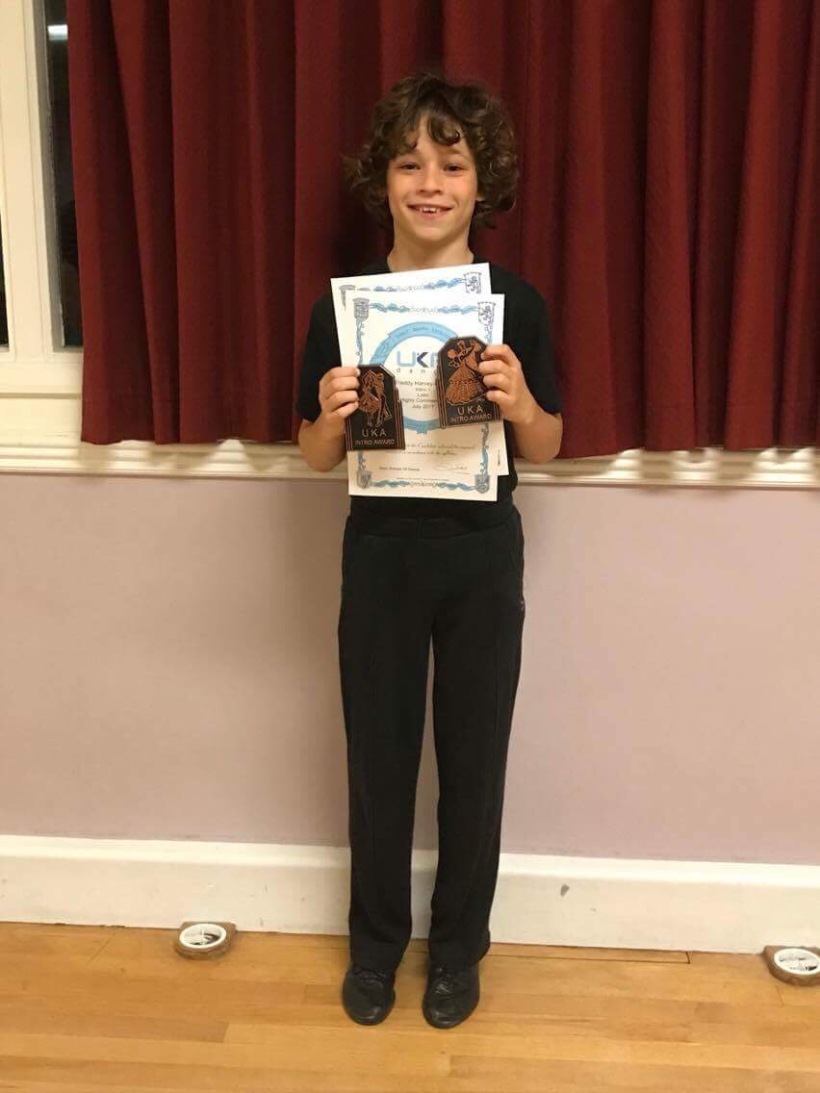 9. Whilst No.2 Son was playing football in Poole, I took his little brother out for a smoothie in nearby Bournemouth where the counter was covered with foreign currency notes. 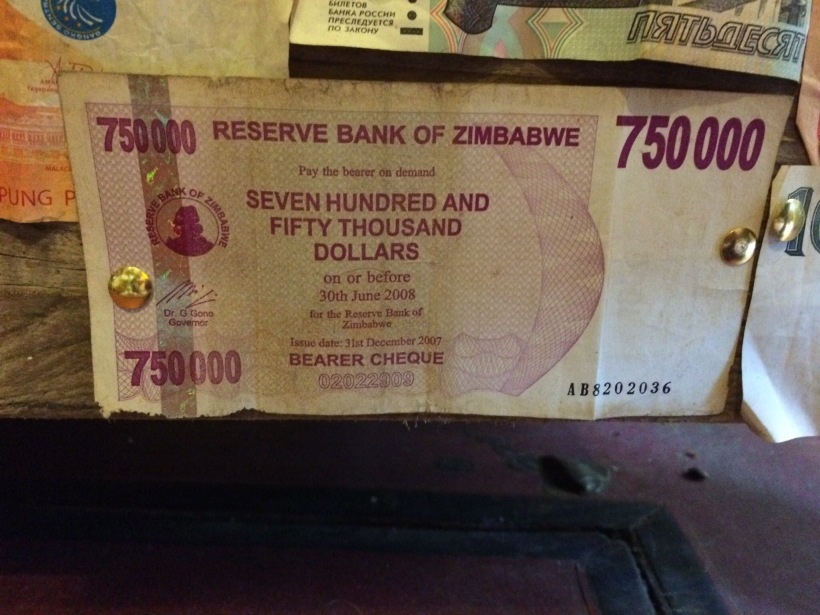 11. We had a couple of hours before No.1 Son had to go back to school after a two week half term, so we tried The Real Greek in Bournemouth which was delicious. Sharing mezés proved ideal so we could have a bit of everything.

12. Crafting wise, the third and penultimate row has been added to my Eastern Jewels blanket, although I’m tempted to add an extra row to make it bigger.

13. I couldn’t resist this small remnant of fabric in a charity shop featuring a Black Lab called “Rover”.

14. The last metre of pink faux sheepskin on the shop roll found its way into my bag and I made another tote. I’ll probably put his one in my Folksy shop. 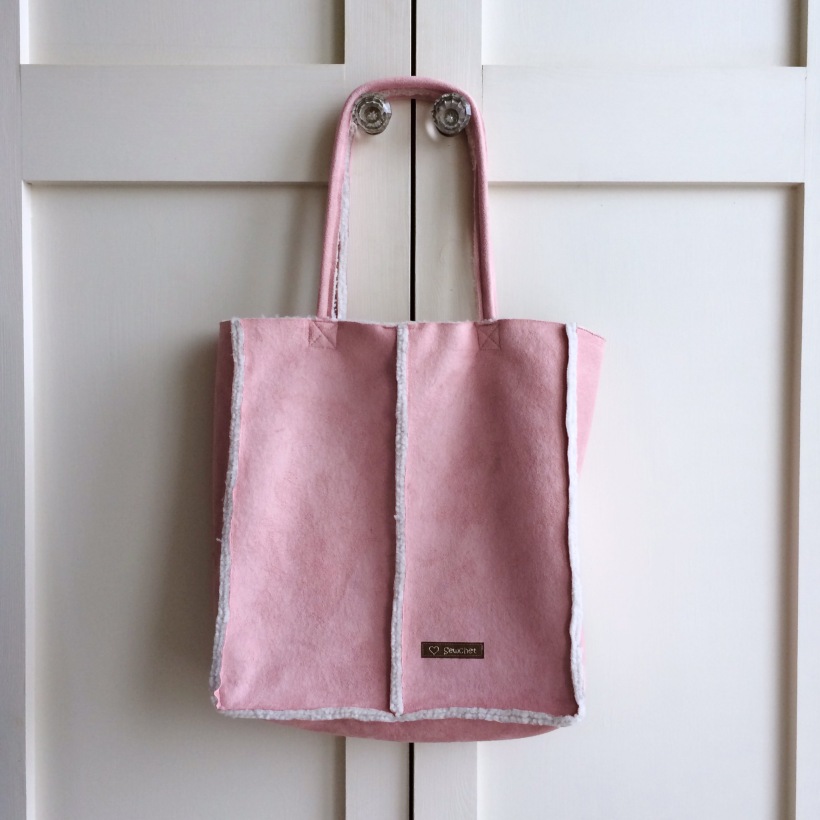 That’s it for this week. Tomorrow will be spent drawing Stitching Santa partners out of a hat which will be followed, I suspect, by lots of blog stalking and consequent making/gathering of things to include in the parcels – and I can’t wait!﻿