I suppose it’s only a natural progression after making a pin cushion to want to make a new needlecase too? Well it was to me anyhow, so I browsed Pinterest (as if I needed an excuse) and my favourite was one by Loopy Linnet which was so lovely that I made my own version; 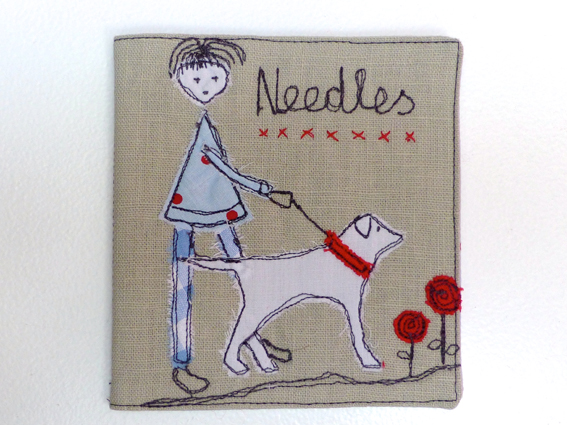 Lovin’ the way the new sewing machine makes free motion embroidery so easy and so much fun. 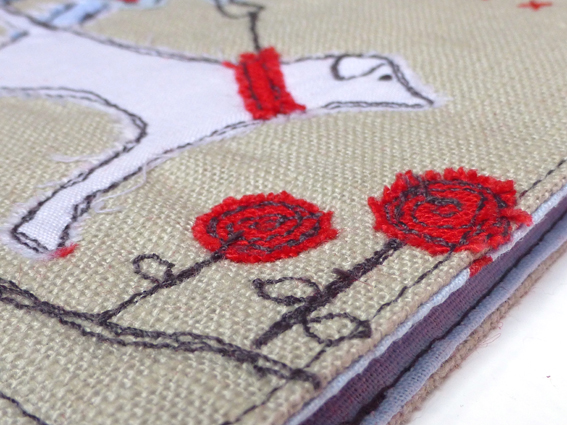 This one is for me to keep and use in my sewing room but I was inspired to come up with a new design and make some to sell in my Folksy shop.

I had some remnants of red linen left over from a dress I made recently (that’s for another post one day) and I remembered some fabric that I bought on a whim ages ago (knowing it would be useful for something). 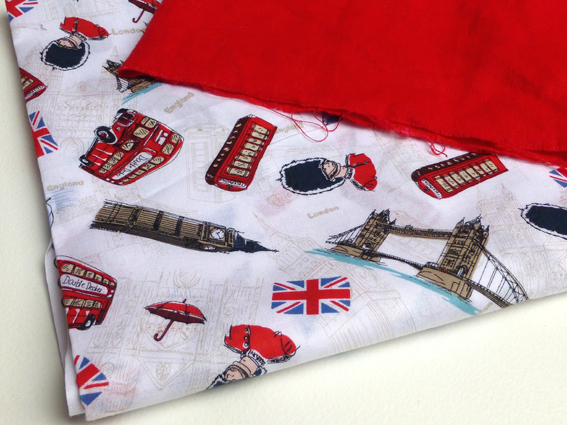 It’s a great London-themed poly-cotton with images that could quite easily be appliquéd individually using my favourite scribble-stitching. 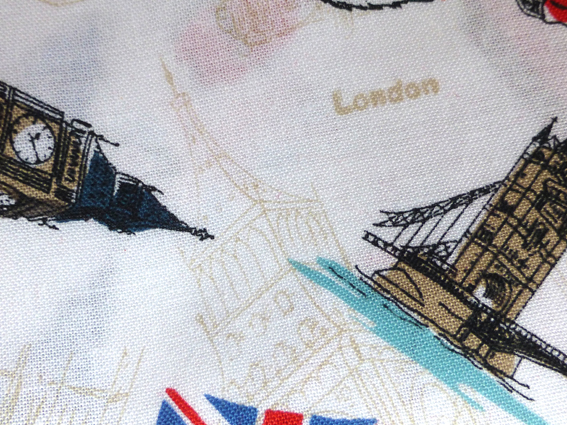 So I decided to go the whole hog and create a very commercial item that will hopefully appeal to a broad market, yet is still very much a craftsman made piece.

And these are what I came up with… 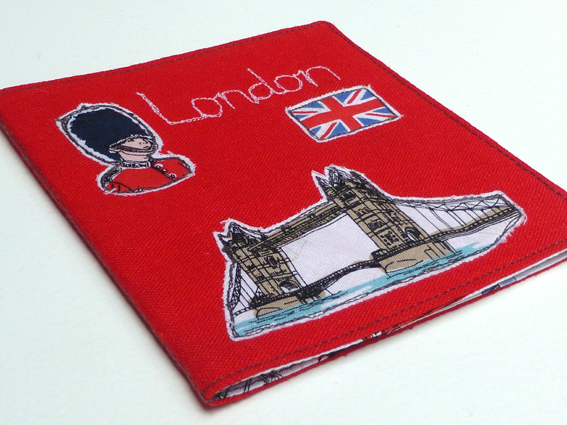 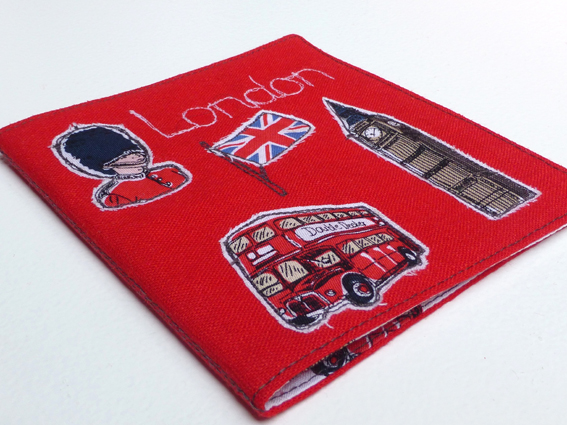 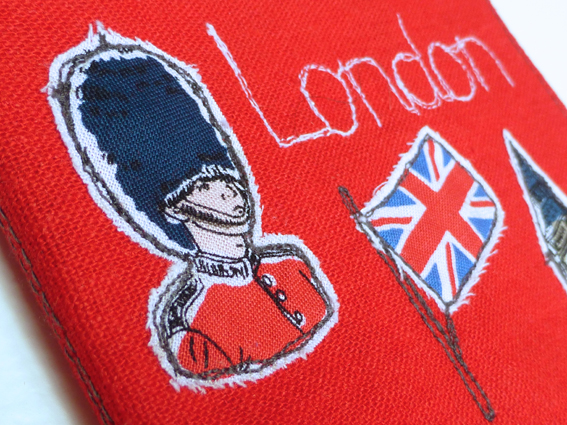 They are stiffened with interlining and lined with the London print fabric. 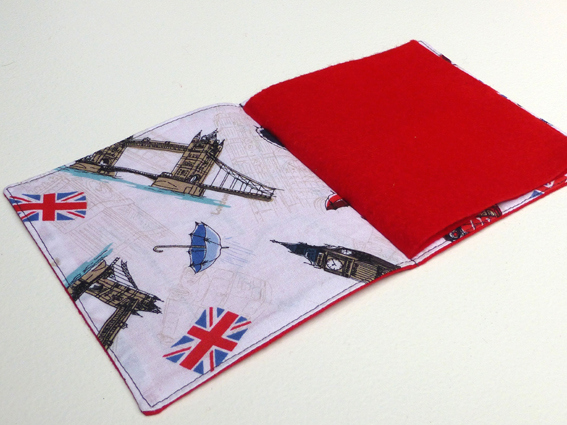 They are quite generous in size at 4.5 x 5″ so I decided to keep the bulk to a minimum by only adding one ‘book’ of felt in which to store needles. These are big darning needles so you can see that there’s space for loads more… 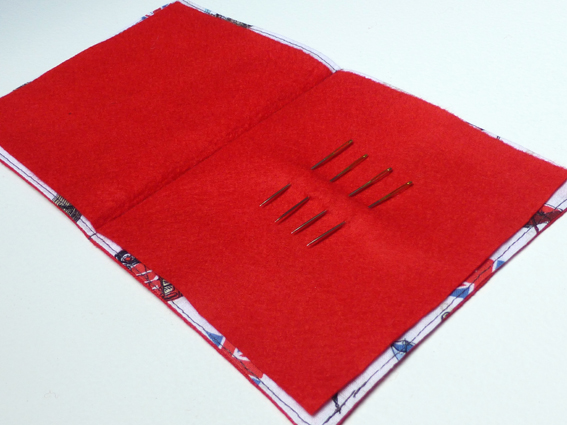 I took a ‘Lifestyle’ shot for scale… 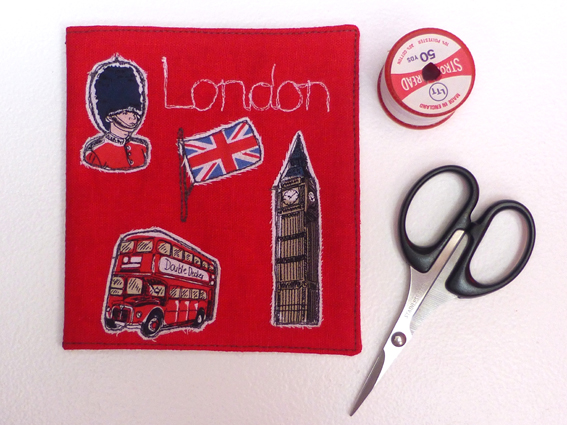 In an effort to think with my business head on (difficult for Crafters) I designed some matching pincushions to encourage multiple purchases. 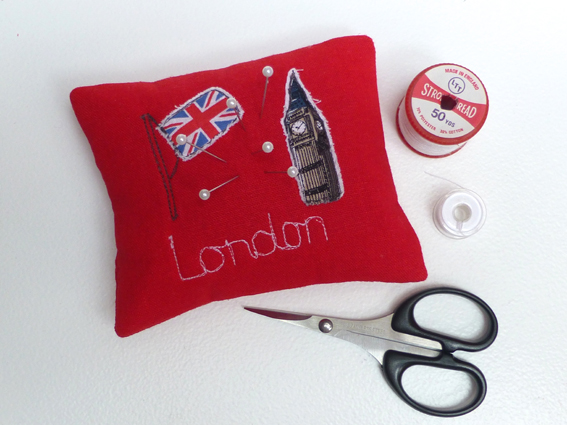 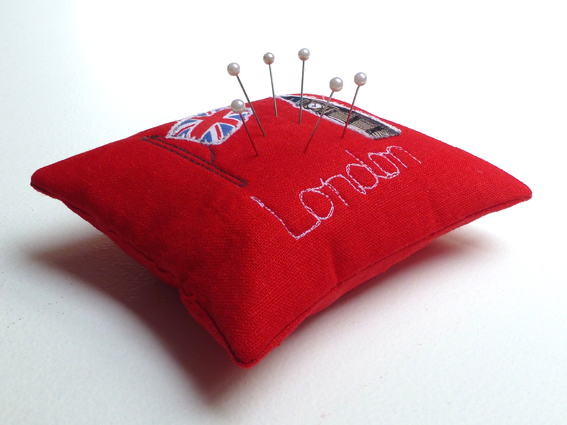 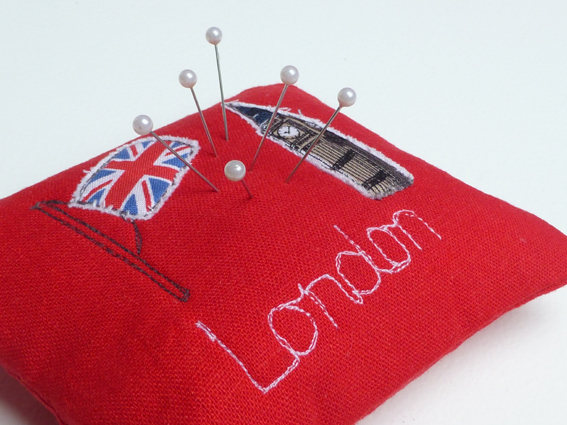 They are so light in weight that they can be included in the parcel and posted at no extra cost which should be quite appealing, especially to overseas buyers. I’m thinking that they would be great gifts to family living abroad as the price is reasonable and the international postage is low.

I’ve got some beige linen as well, so I’m going to come up with some designs using that too. They’re quite quick to construct after the first one – I always cut a template out of card once I’ve finalized a design, and you usually find more efficient methods after you’ve made a few, don’t you? 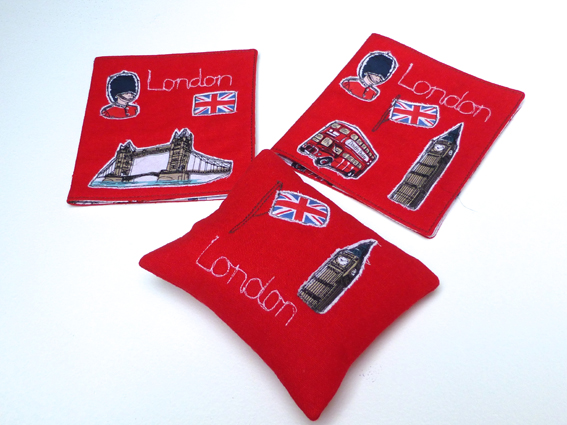 So that’s it – my new “London Collection” of patriotic needlecases and pincushions!