Wow – what a scorcher!

Sunshine and blue skies greeted us as we prepared to board the party bus limo at 9am, me wearing the dress I made and Mr H-L in a matching tie.

We had originally planned on travelling by traditional limousine but, as numbers grew to fourteen, we had to go by limo bus instead. 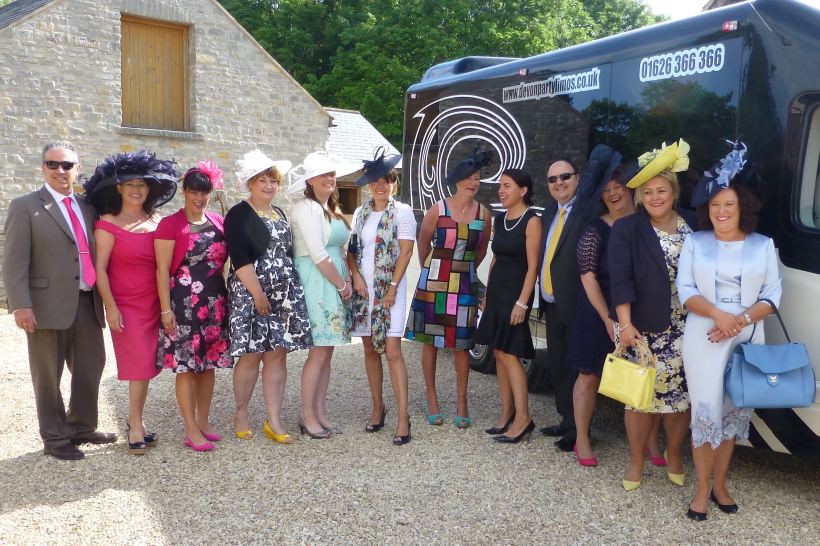 Plenty of room inside to enjoy the journey in style…. 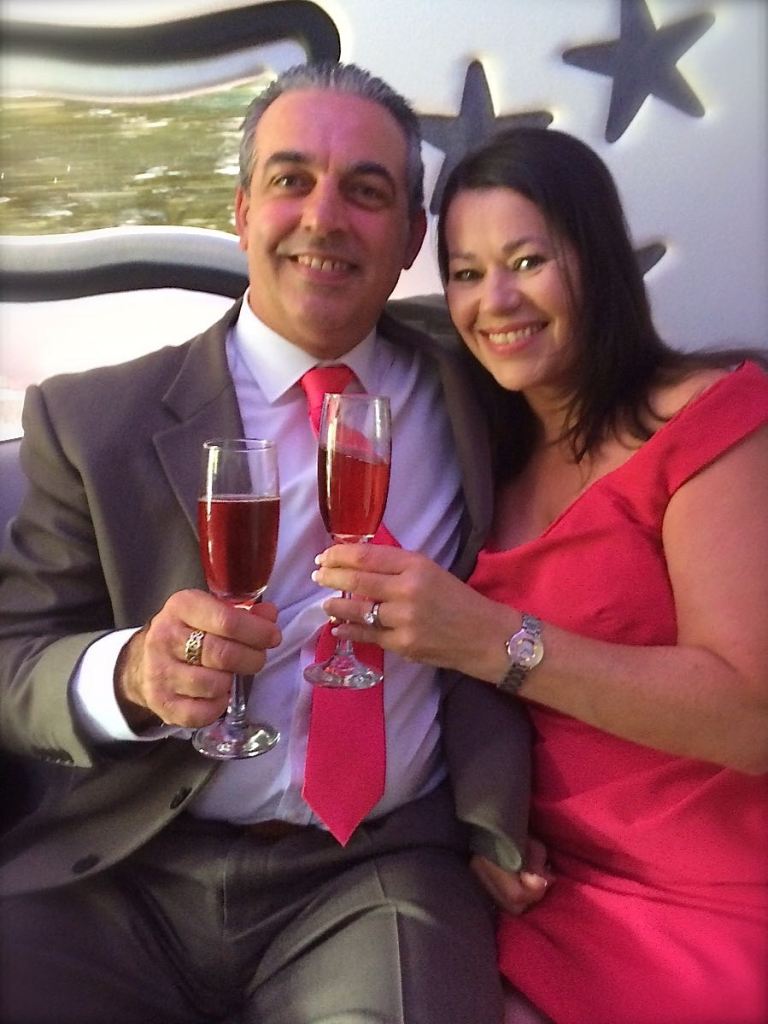 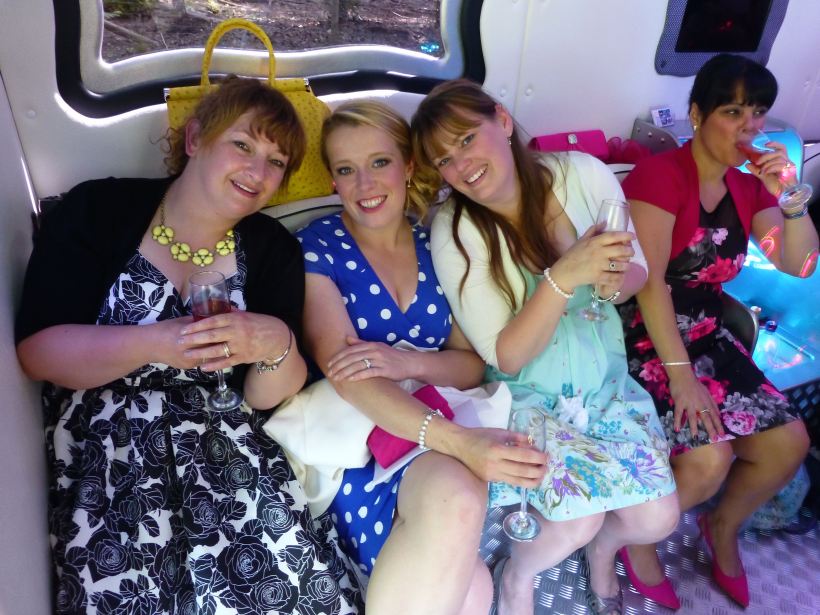 Did I mention the pole in the corner?

Let this be a warning to anyone who decides that drinking champagne at 9.30 in the morning is a good idea!

Is that TEN empty bottles in the ice bucket?!!!!

There was another bar opposite this one too…… 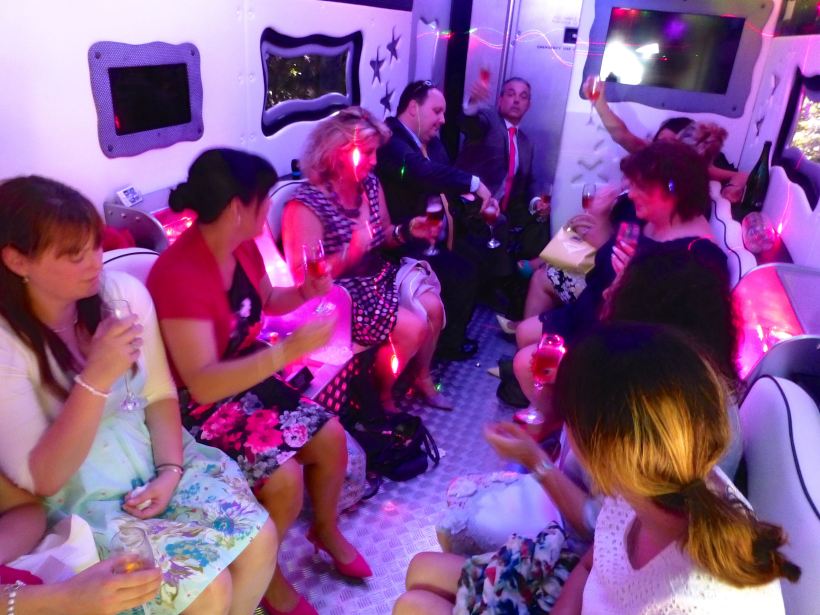 Mr H-L dived in the cool bags at the back of the bus to get more bubbly, just as the bus went round a corner…

All fifteen stone of him landed squarely on twelve carefully stacked Ascot hats!

Luckily, they nearly all bent back into shape, and the one with a hole survived emergency surgery using eyelash glue. 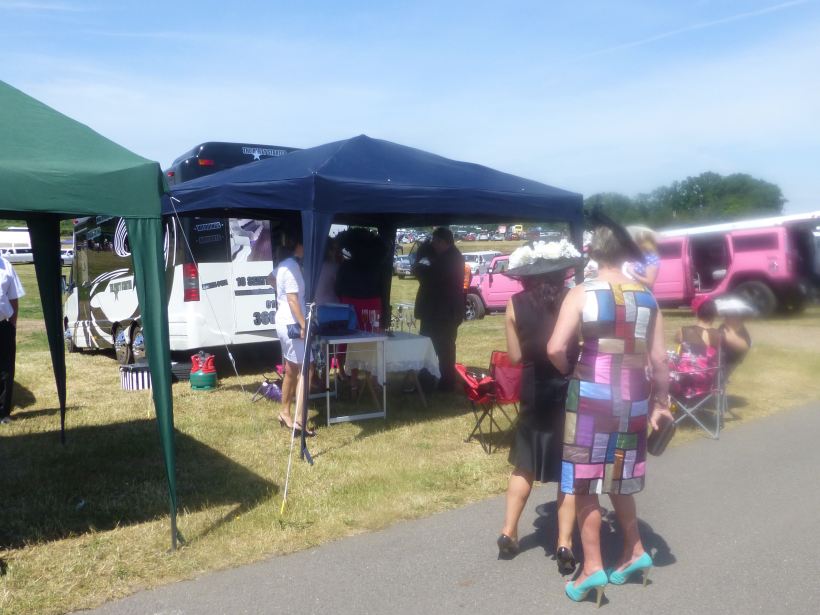 Traffic was pretty bad getting into Ascot itself so, having finally arrived at 1.30, we headed straight for the parade ring to see The Queen arrive.

No great photo of Her Majesty this year, I’m afraid – I found out too late that I had a smudge on my lens.

I can tell you that she was wearing a mint green outfit though.

With Her Majesty in her carriage this year were Prince Phillip, Prince Andrew and Princess Beatrice.

I picked the winner in the Gold Cup!

Jugs of Pimms kept us going in the heat.

Or, if you preferred a beer, Stella Artois was being lugged around in giant backpacks by these guys who were selling it for five pounds a pint.

People watching doesn’t get any better than at Ascot on Ladies Day – there were some incredible outfits, most of which I wasn’t quick enough to photograph. 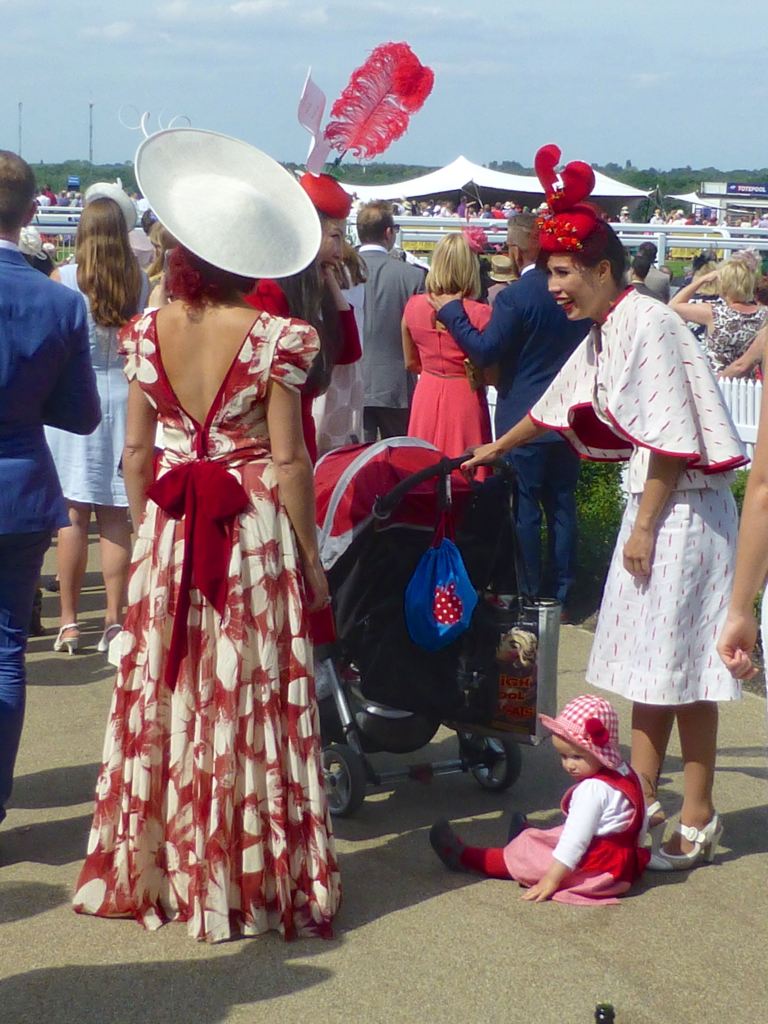 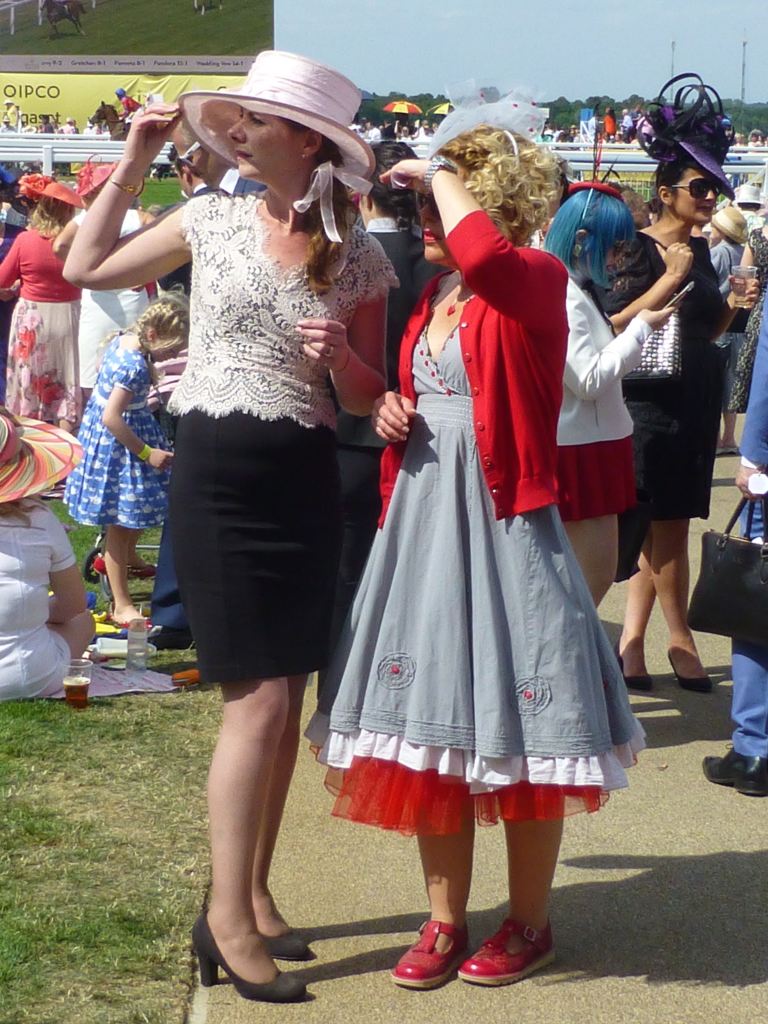 This one is for Ali – the jumpsuit trend has started!

Mostly, the gentlemen looked lovely in either the traditional morning suit… 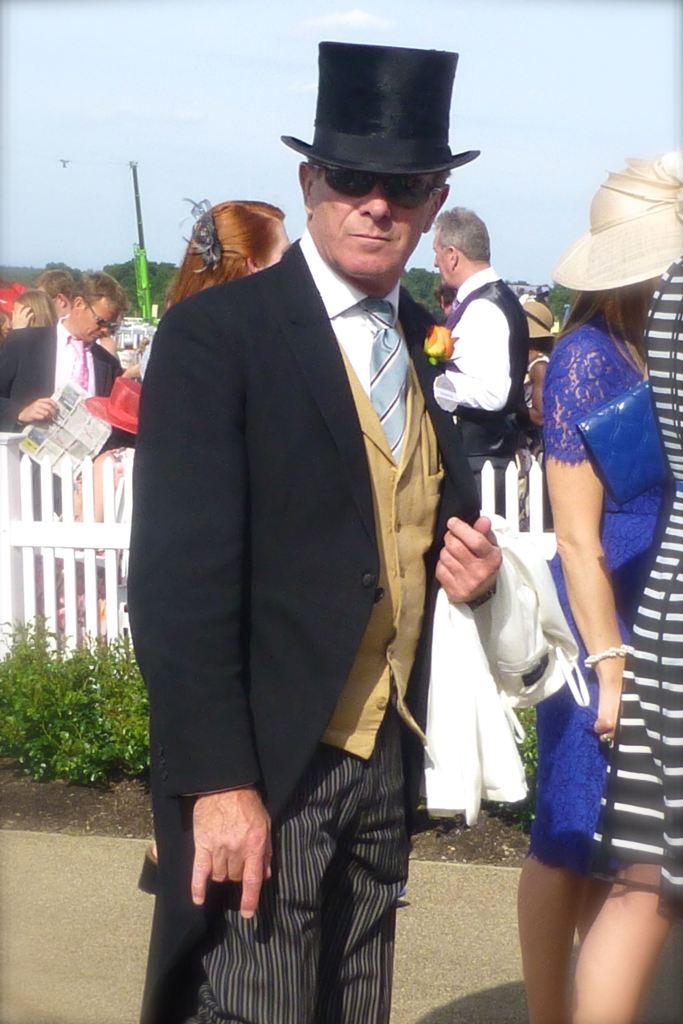 …or contemporary twist on a two piece suit.

I just had to ask this chap for a photo. 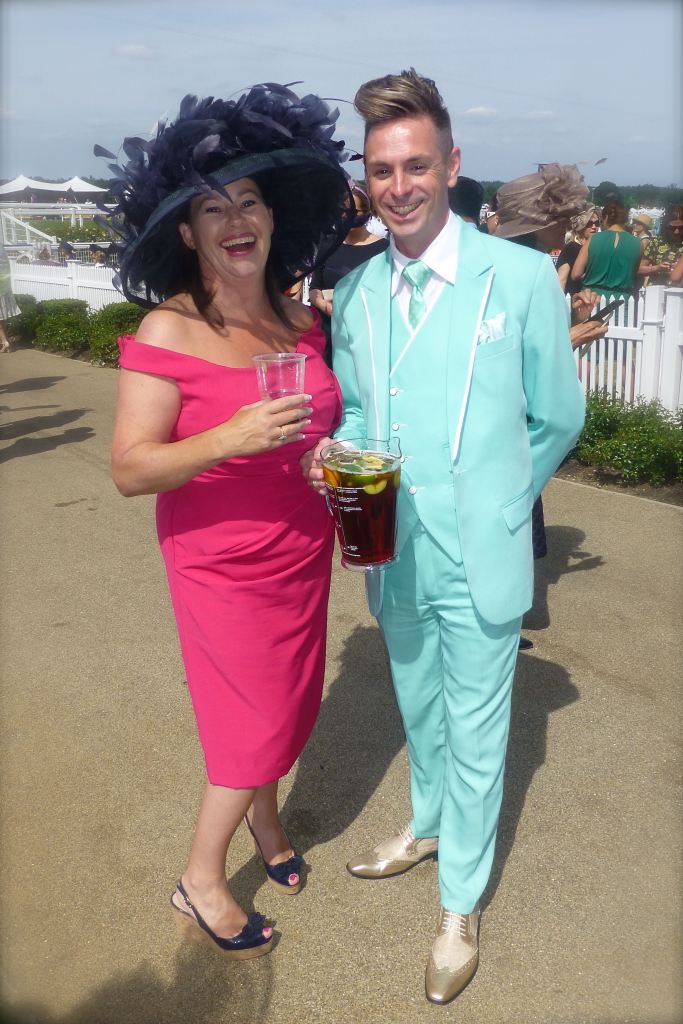 Although the dress code insists on a “matching two-piece suit with collared shirt and tie”, it doesn’t mention socks – so these two followed it to the letter.

I wonder if they dispensed with the boxer shorts too?

(Ooh, can you see Mr H-L in the background buying another jug of Pimms?) 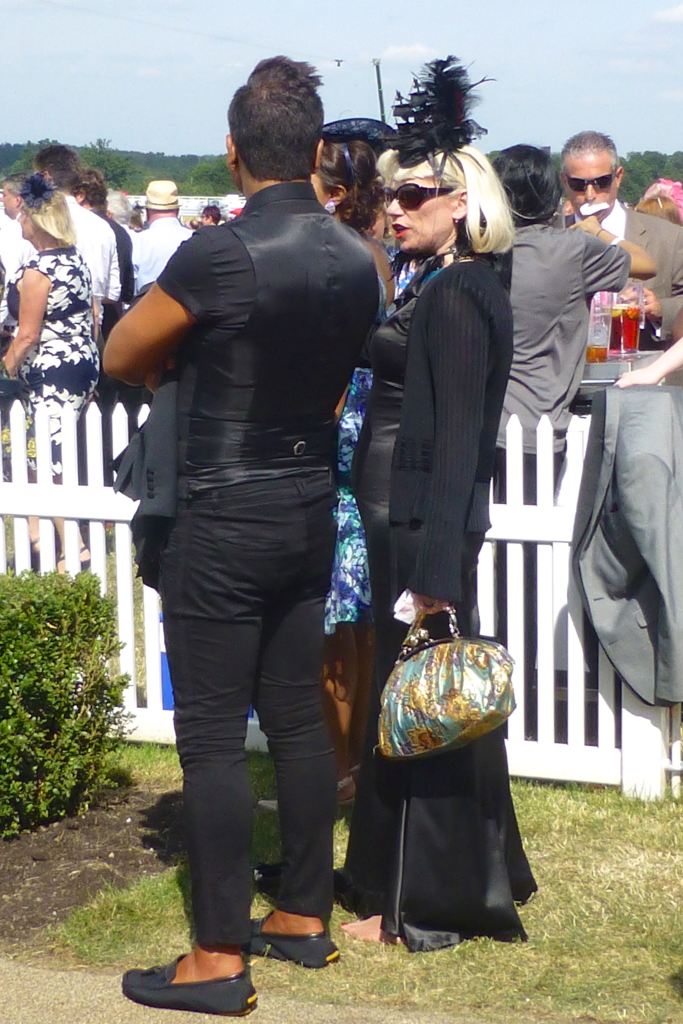 No.1 Son tells me that going sockless is the latest thing. Yuk.

Someone needs to tell them their trousers seem to have shrunk in the wash, too.

They wouldn’t get away with that in the Royal Enclosure a few feet away.

She’s the lady in pale blue who does a wonderful job of organizing this each year.

Fish and chips for lunch, although the seafood bar is on the list for next year. 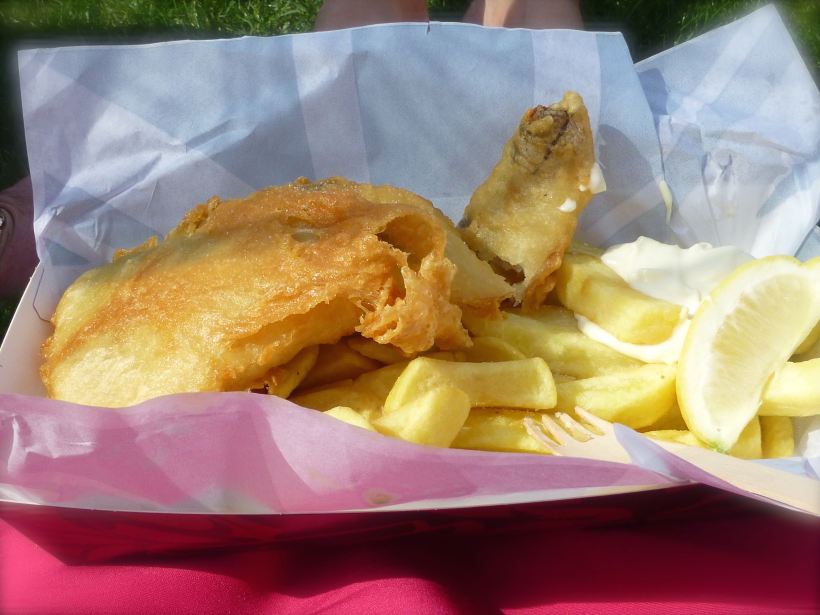 The atmosphere in front of the grandstand was electric and the noise, deafening, as the horses thundered down the last 1/2 furlong.

We had two placed in the sixth, and final, race of the day – Second and Third with “Scottish” and “Marma’s Boy”…. 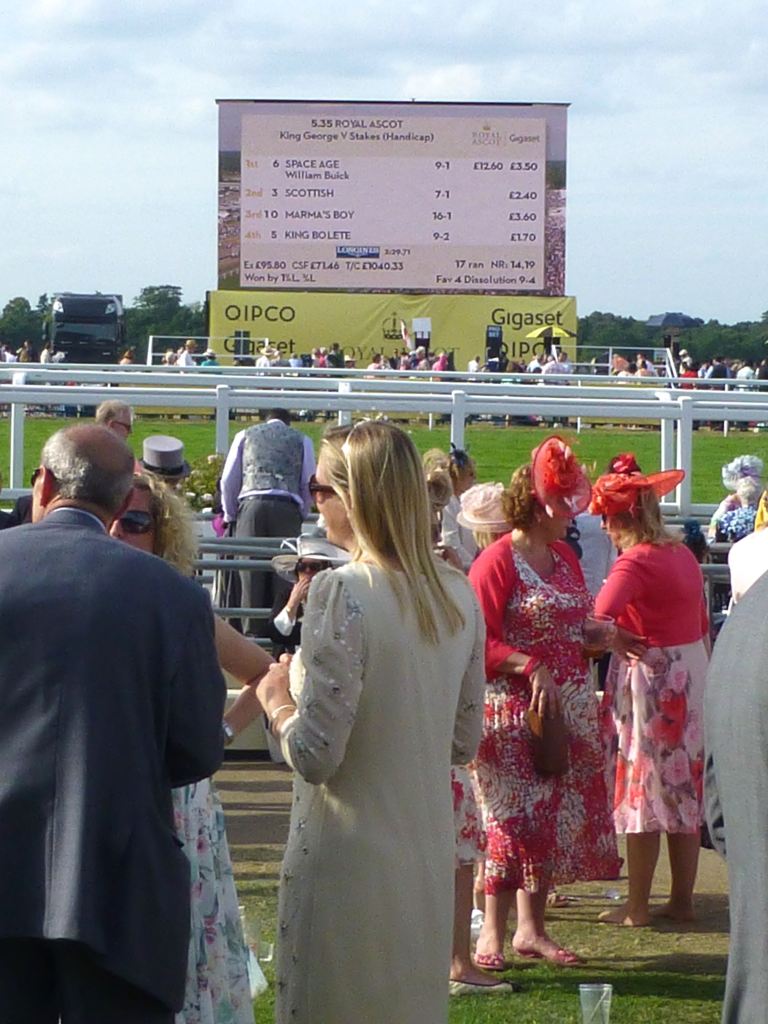 ….and celebrated our success with another bottle of champagne, Laurent Perrier Rosé this time.

6pm marks the start of the Singing Around the Bandstand, a popular tradition, synonymous with Royal Ascot. 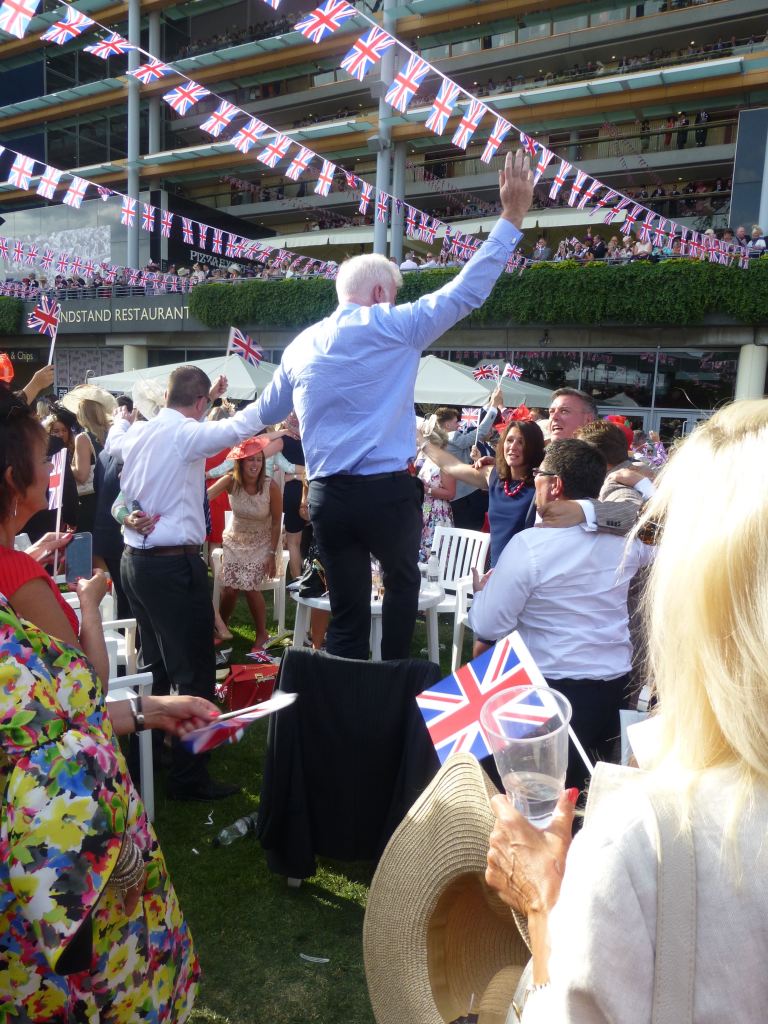 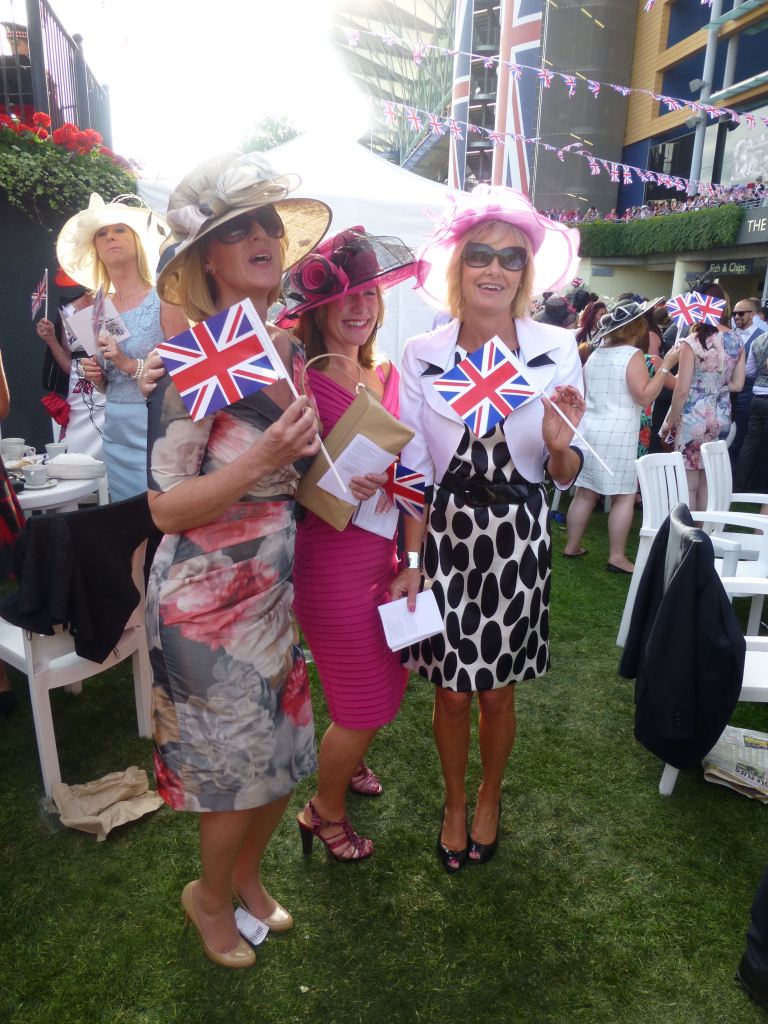 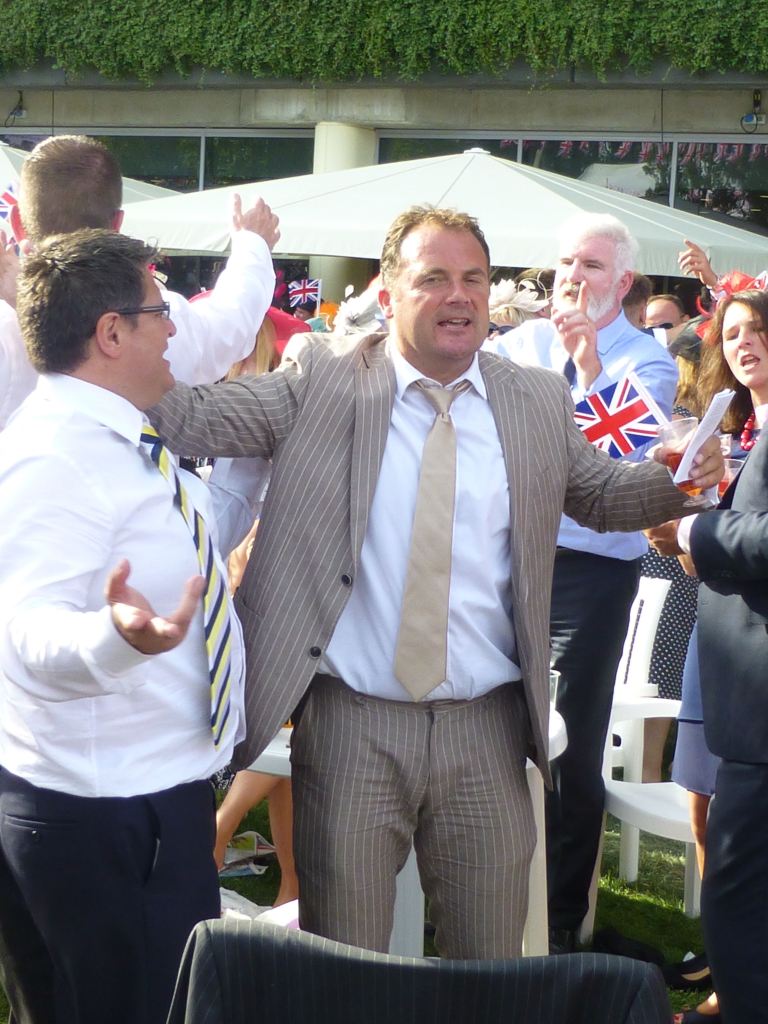 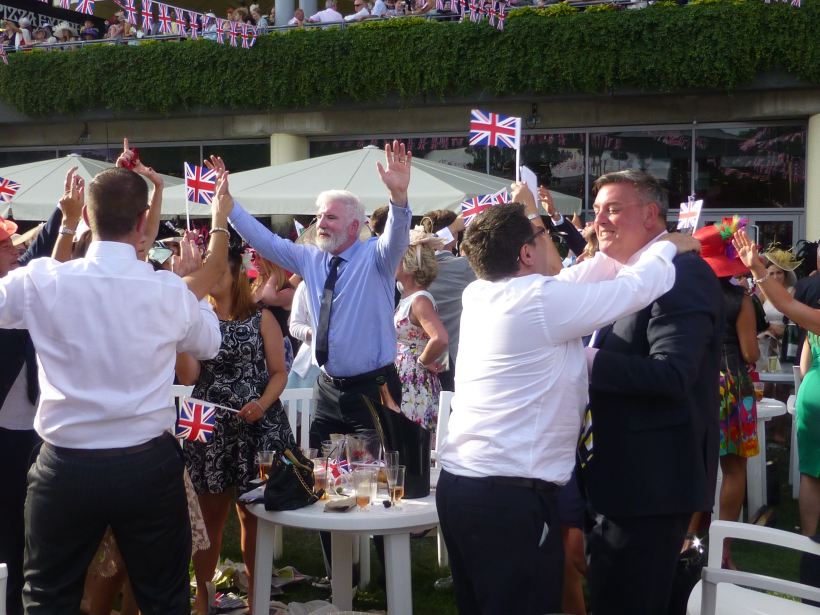 At the end of a completely brilliant day, it was flips-flops on for the short walk back to the limo bus….

….which had already left without us!

But that’s another story……..