Another couple of busy weeks have kept me away from the computer, which isn’t necessarily a bad thing, but means that there are thirty photos for this Sunday Sevens!

Linking up with Nat at Threads & Bobbins, who started Sunday Sevens.

1. Summer arrived for a lengthy stay of approximately two weeks, which meant plenty of pool time for The Boys, especially after a sticky day in school uniform.

2. Mr. H-L temporarily moved his ‘office’ into the garden. Not many people can work in their pants, sipping a gin and tonic with a view like that from their desk!! 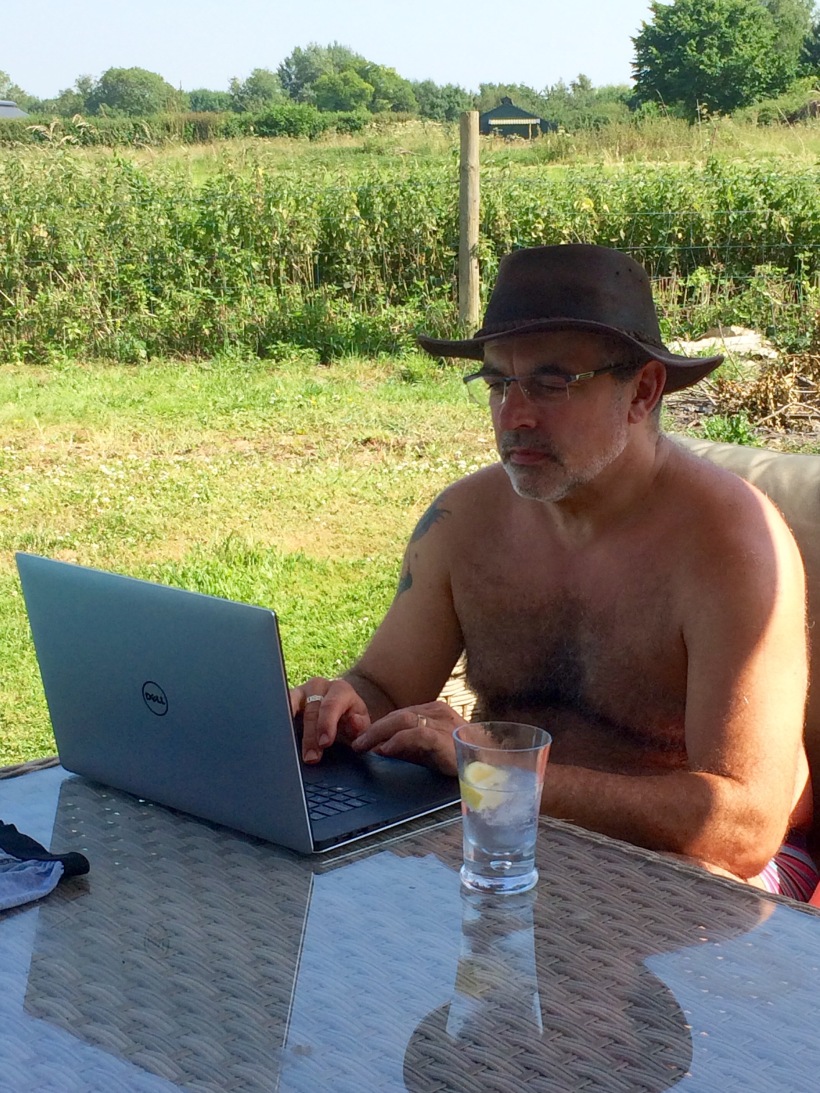 3. Father’s Day was spent with friends at Yo Sushi! in Bath. This was a new concept for the two boys that came with us – and they loved it so much that we consumed 53 dishes between us!

4. The next day we flew to Amsterdam to join the husband’s company in their 25th anniversary celebrations. We had a three course meal followed by a concert, all in the Amsterdam Arena in which the company sponsor a private box.

Here we are about to skip the queues and enter via the VIP entrance – not a bad thing considering that some of the (very young) audience had been queuing in ridiculous temperatures since the early hours!

5. The private box was huge and easily accommodated the seventy-or-so of us. With prime seats and a complimentary bar, we were anticipating a great night ahead of us….

6. ….except that none of us had ever heard of The 1975 and, even if we had, the singing was drowned out by the over-loud band and we couldn’t understand a word of the lyrics, despite them being English.

The constant use of flashing strobe lighting had us covering our eyes half the time. We had to laugh though as, when we turned around, virtually everyone in our box over forty years old was doing the same! 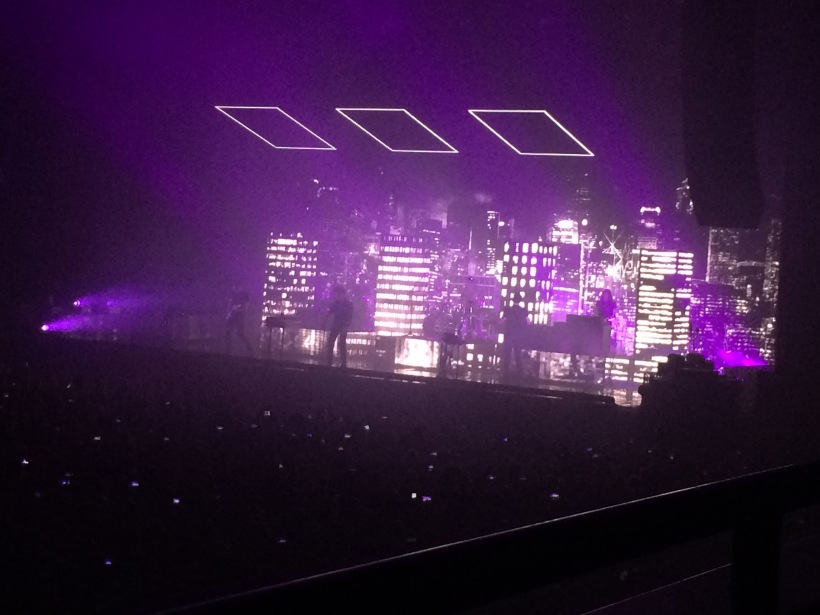 7. Flying back the next day, this was the heat that greeted us – virtually unheard of in England. In fact, the last time I remember feeling this hot was when I was expecting No.2 Son back in 2005 and it only reached 36 degrees back then. 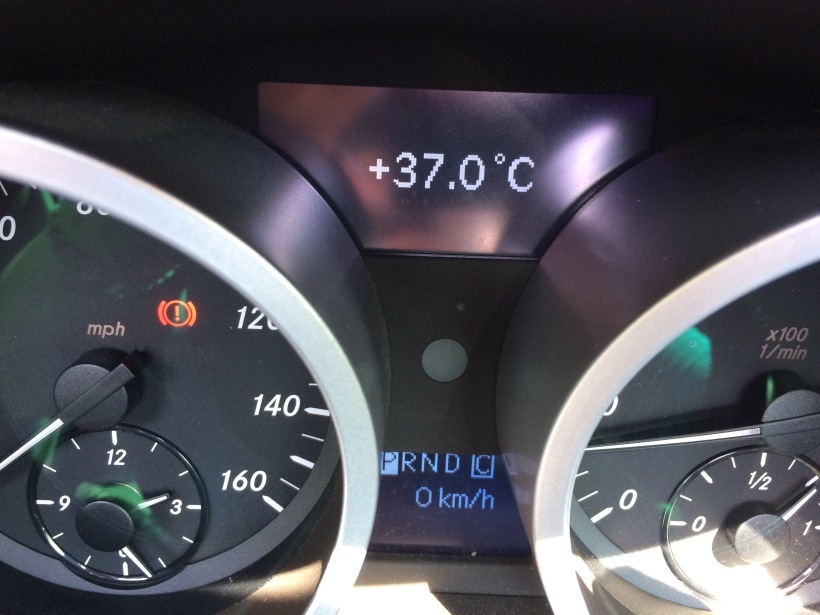 8. Hood down and air-con on full blast, we pulled off the A303 early to look for somewhere nice to have lunch.

9. A small sign pointed to ‘Howard’s House Hotel’ in nearby Teffont Evias, so we headed there.

Dating back to 1623, the house and its grounds were just stunning, and the food was to die for. 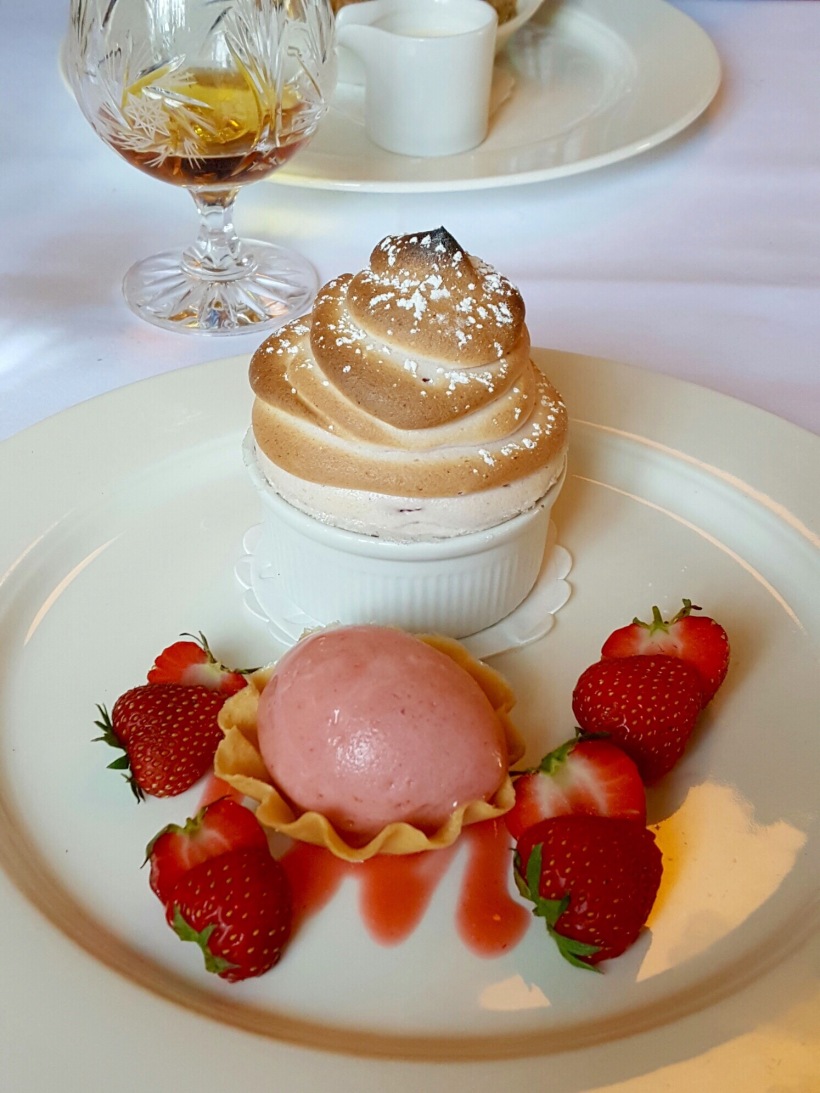 12. Later that same week we went to Ascot on Ladies Day, as you will know if you read my previous post. 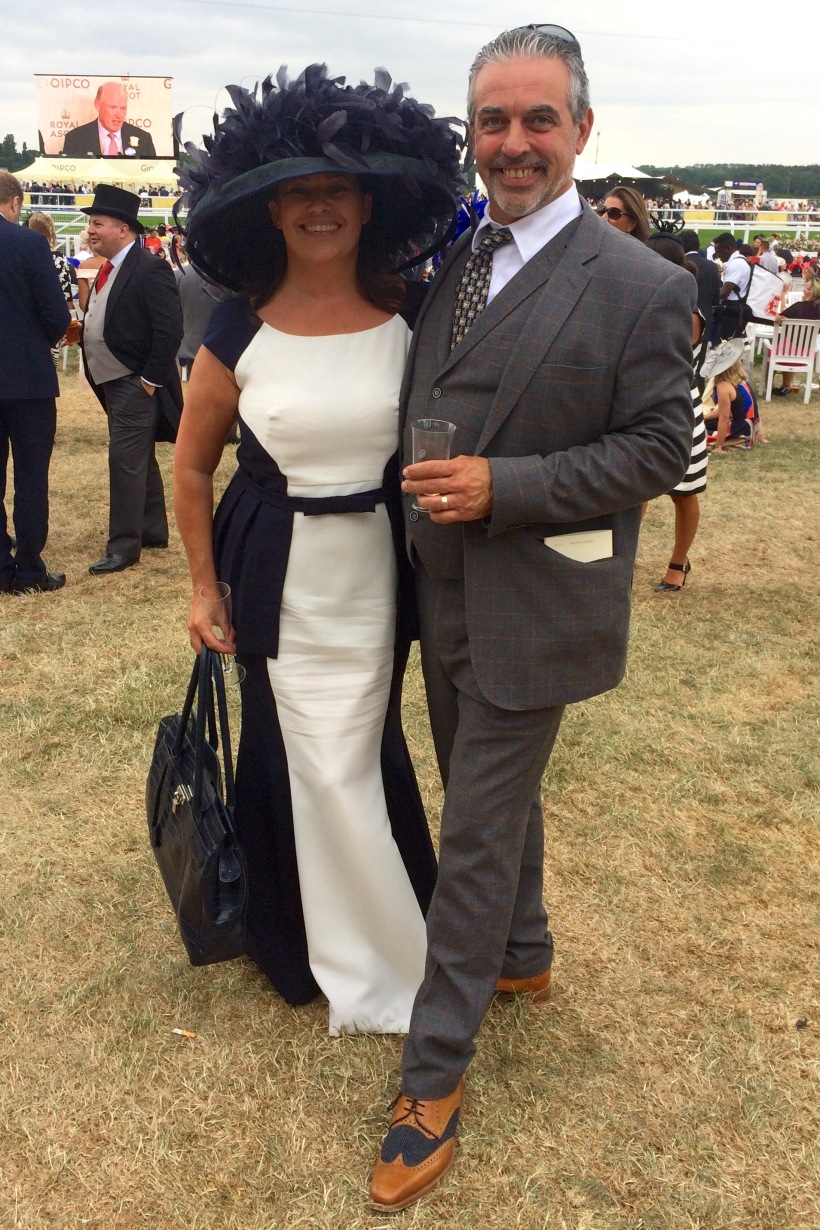 13. I even managed to grab a quick snap of Her Majesty as her carriage flashed by. Shame about the lady with the blue nails, although her photo will be better than mine:)

14. I bottled up four bottles of Elderflower cordial this year. If you haven’t already, you should try a ‘Posh Flora’ – Elderflower, Gin and Prosecco. Yum!

I think Ginger rather fancied some. 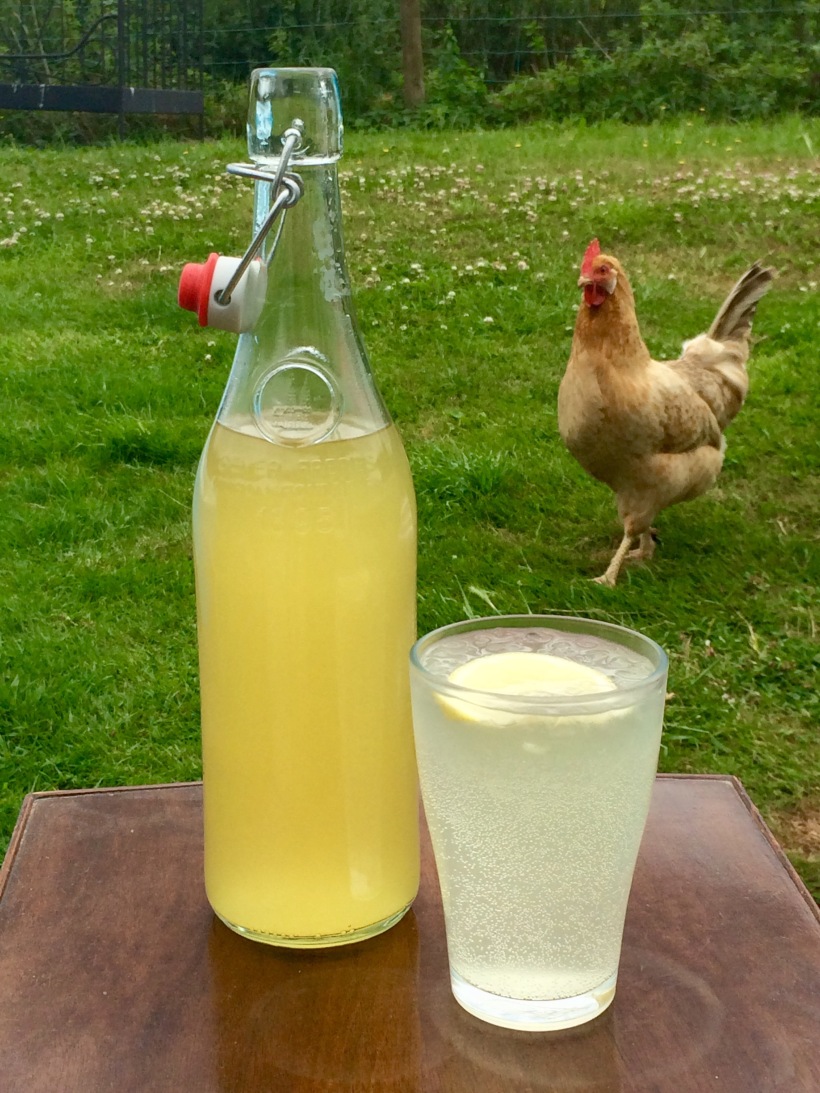 15. Ginger photobombing again, this time as some rolls are proving in the sunshine.

The makeshift patio has been weeded since this photo was taken, I promise.

16. Two days of preparation resulted in this ambitious supper menu for six friends. 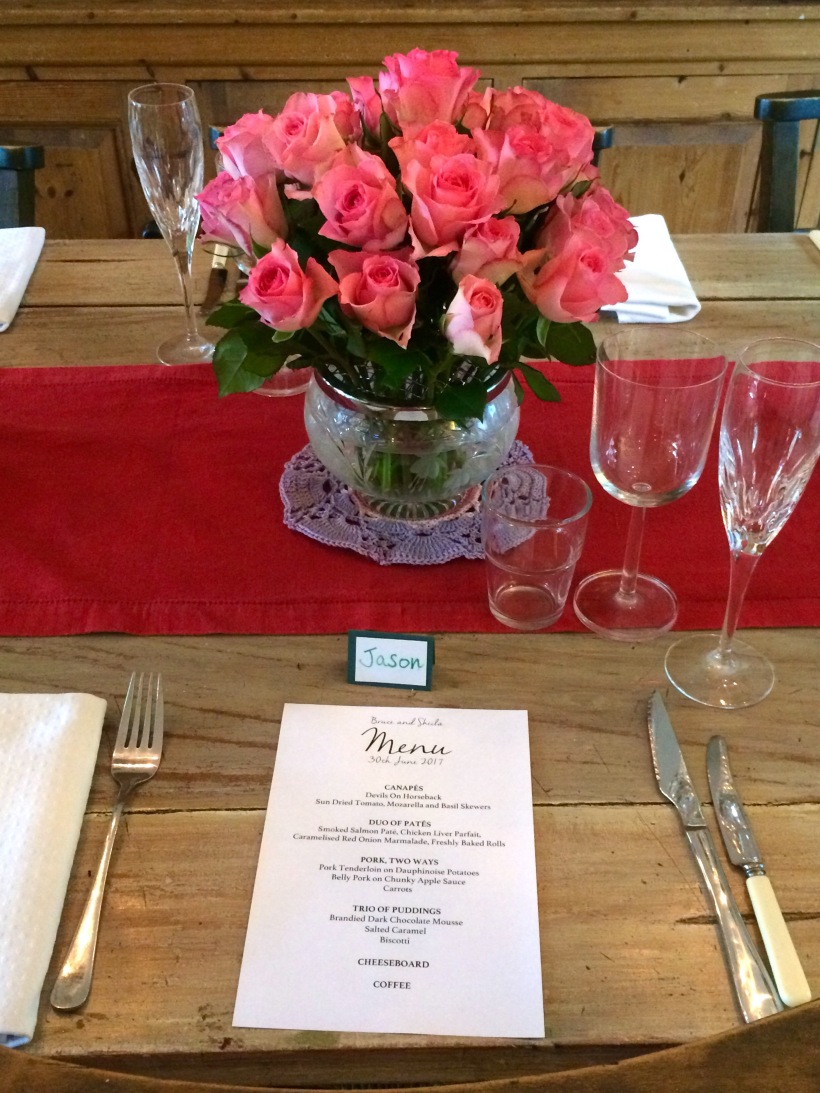 17. The food went down well and we had a fabulous evening which kicked off with those ‘Posh Flora’ cocktails and ended up with everyone leaving their cars and getting taxis home!

18. Mr H-L surprised me with lunch out to a secret destination a few days later, so he drove. It was weird to be a passenger in my own car.

Haselbury Mill was the venue, hence the 1950’s Fire Engine as part of a collection of vintage vehicles. 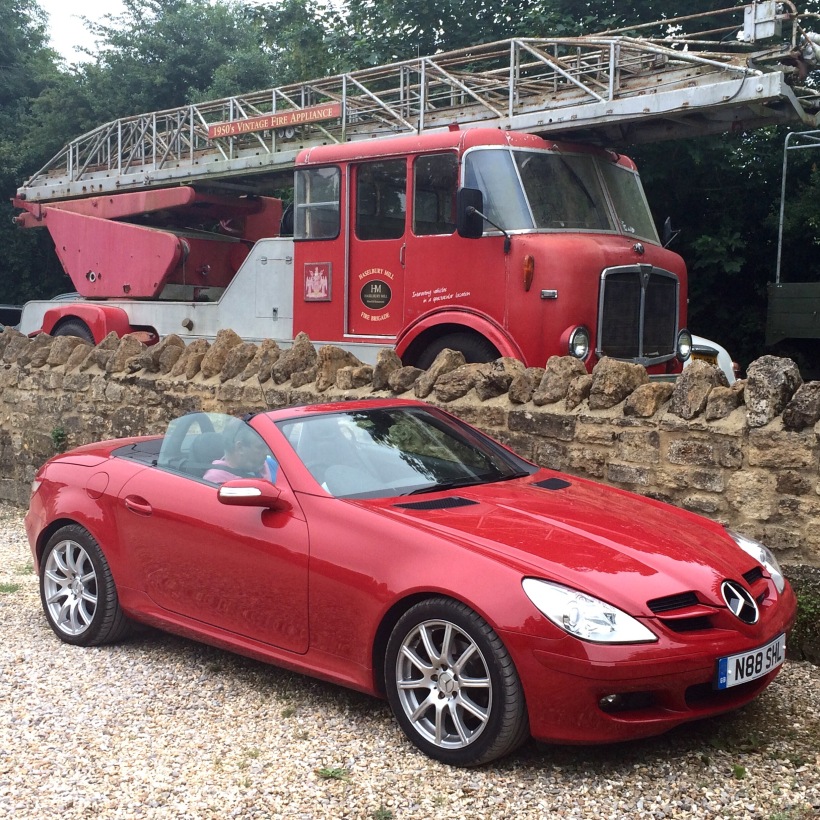 19. Buildings on the site date from William The Conqueror – that’s as far back as 1066 for all our American friends out there! 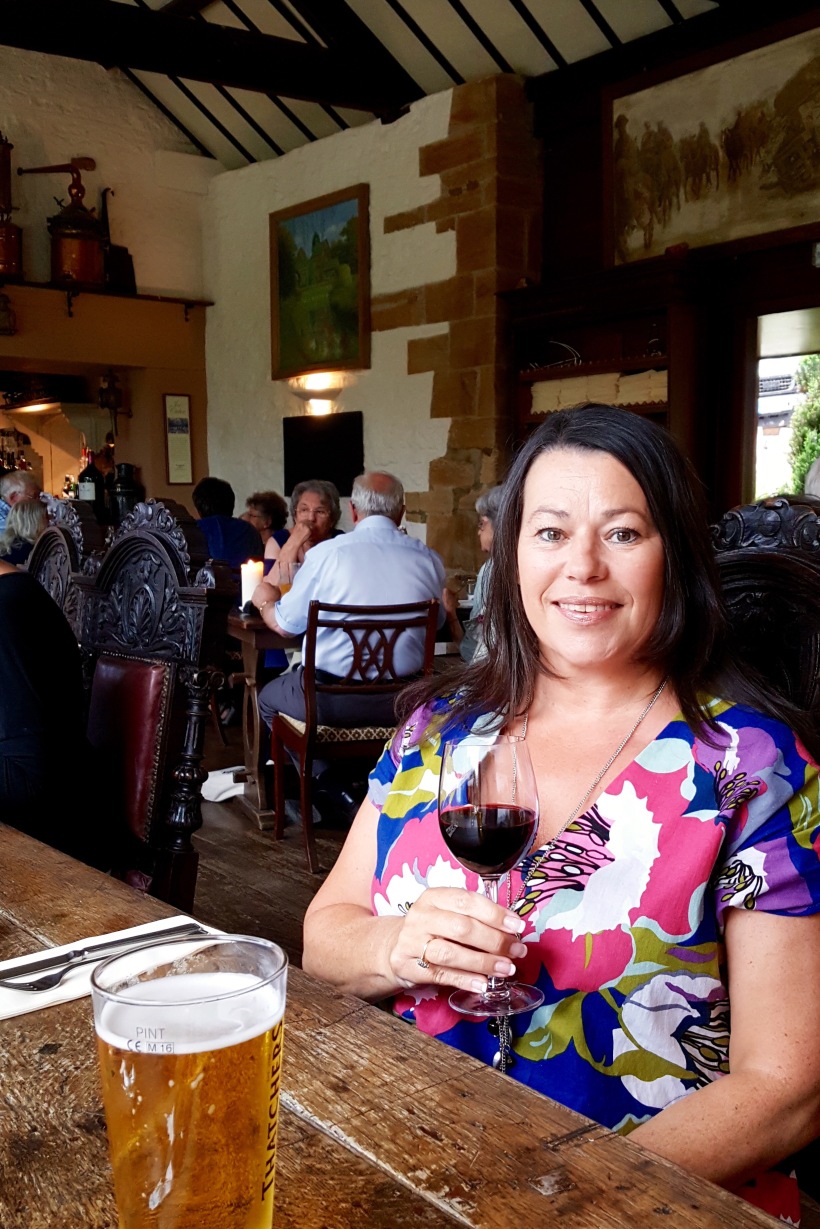 20. We were invited to a 21st birthday party for the daughter of some close friends, and I just had to show you this simply brilliant cake they had commissioned.

21. I had to touch the cup and saucer to check it wasn’t actually china!

22. The Auntie who we stay with in Spain came over to stay with us for a week, and we had a morning wandering around Bruton, stopping in ‘At The Chapel‘ for a light lunch.

I never eat pizza as there are always so many other, nicer dishes on menus in general, but this one was delicious and made to order in their own pizza oven. 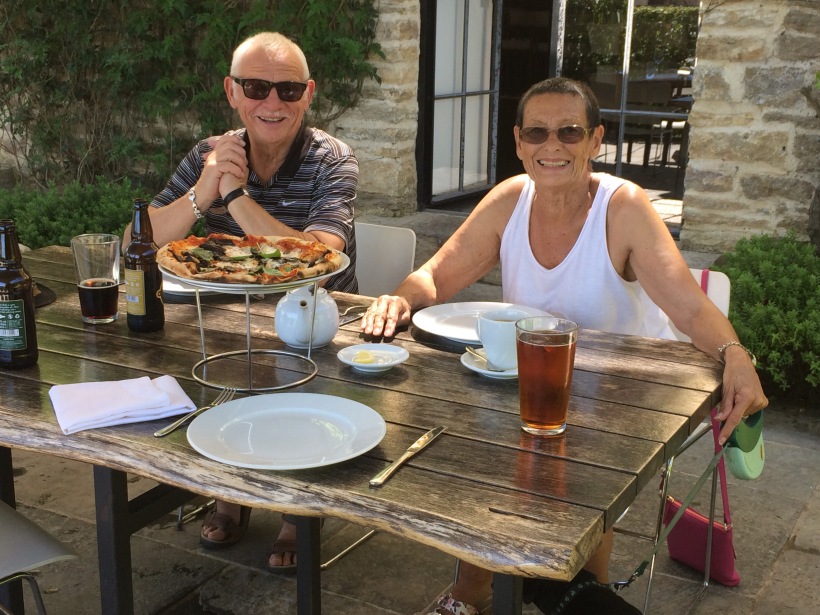 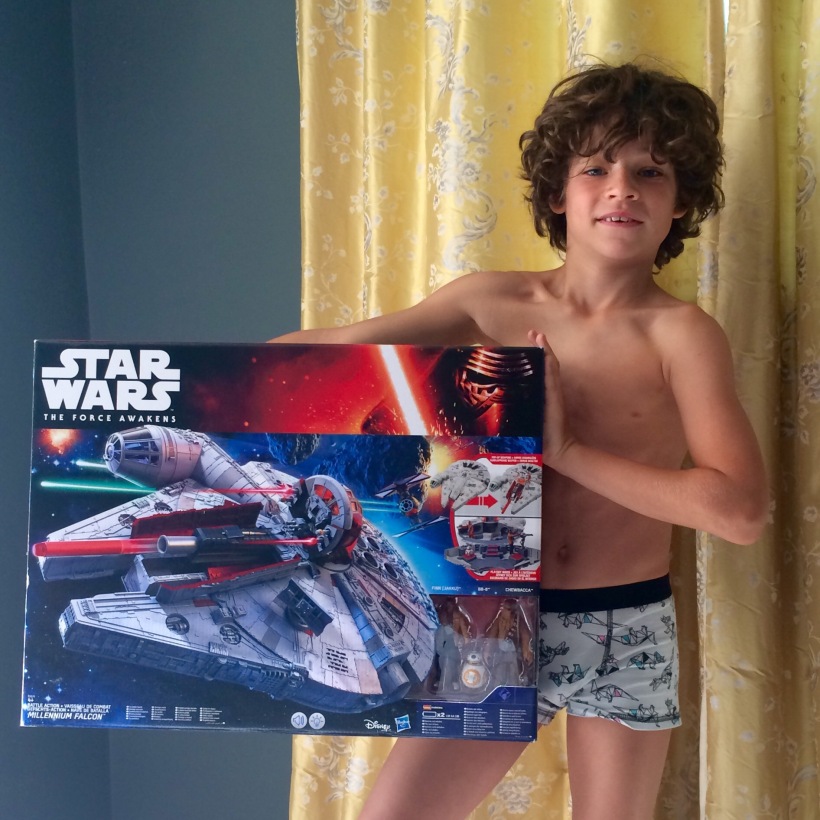 25. A birthday barbecue was the order of the day, finishing with the birthday boy’s request of a coffee and walnut birthday cake. Homemade, of course:) 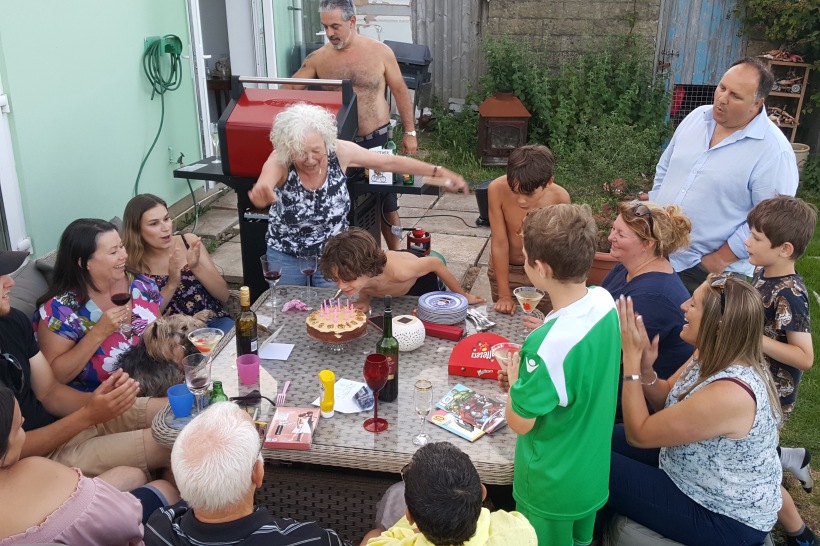 27. We bit the bullet and bought all of No.2 Son’s school uniform for September when the uniform people brought their shop to the school for one day only.

28. No.3 Son has been trying out a few dance genres and, after discounting tap (“Too boring”) and street dance (“Too gangsta”!), has settled on Ballroom and Latin.

After just four lessons totalling five hours, he was thrown in at the deep end and asked to partner a girl in a competition as her regular partner was unavailable.

Expecting to do the Waltz and Cha Cha Cha, he ended up taking part in the team event as well, as a boy fell ill half way through. A quick recap of the steps saw him doing the Jive and Quick Step in addition!

Despite the look of concentration on his face, he absolutely loved it and did brilliantly. So much so, that his teacher has signed him up to do his first medal tests next Sunday.

As you can probably tell, I’m a proud mum right now, particularly as he has already mastered steps that they normally teach after six months and he has already competed in them!

29. No.2 Son spent the weekend at his new school, meeting new classmates and sleeping in his new dorm. We joined him on Sunday for a barbecue at the headmaster’s house before taking him home.

The boys soon got distracted by a spontaneous game of football….. 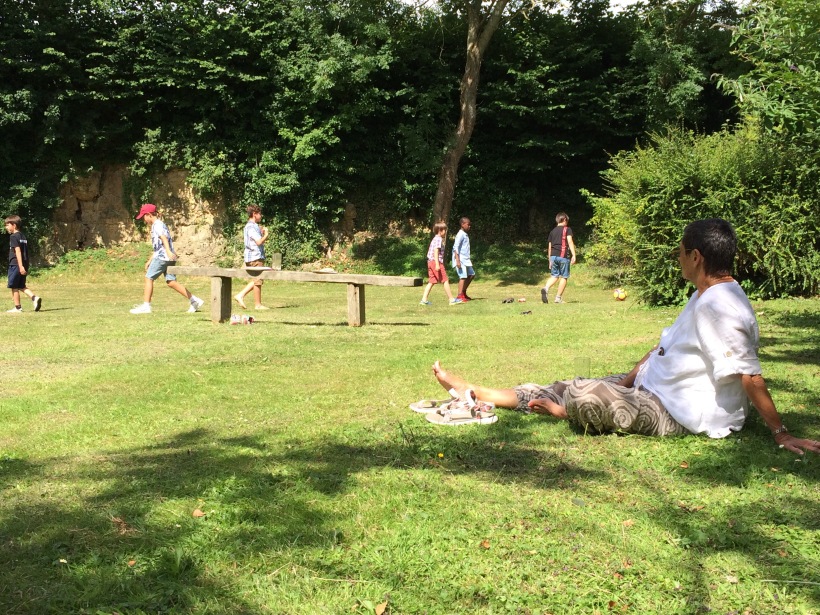 That’s it for this week folks!﻿