Sunday Sevens is a weekly blog series showing seven or so photos of what you’ve been up to.

1. Got this far with the poncho only to be stumped. A quick bit of research discovered that there are errors in the pattern but Bergere de France won’t respond to any of my emails! 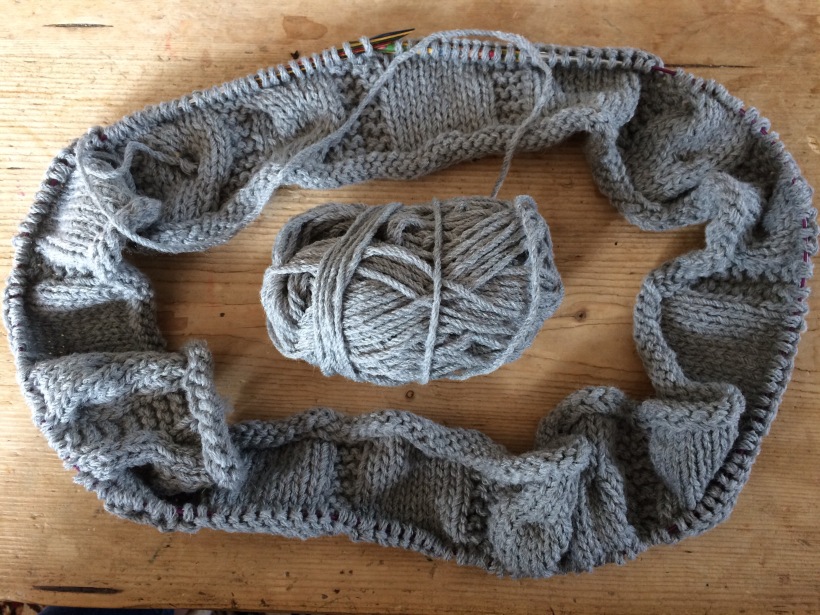 2. Frustrating, but at least it meant I got to finish the third pair of Christmas-present socks at last. Finding the right place to join each ball of yarn is always a challenge, but I’m pretty pleased with the pattern matching. 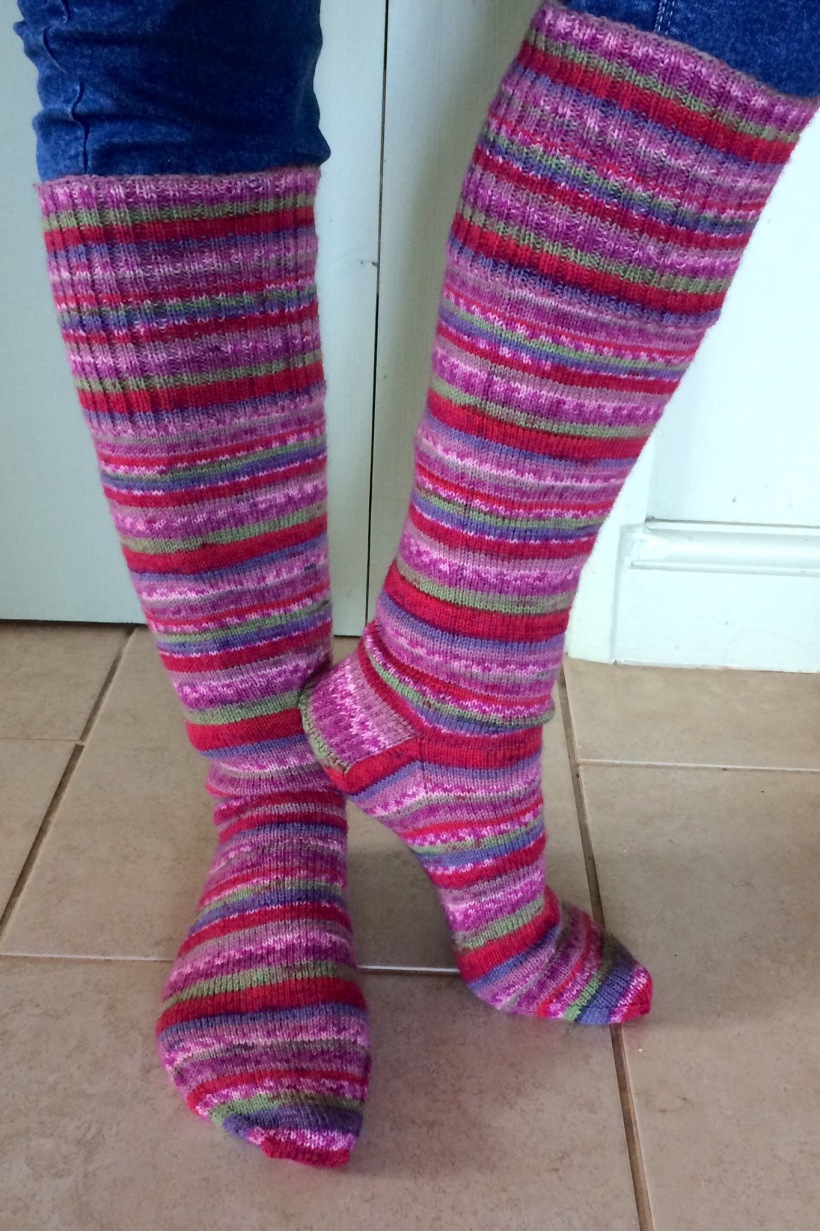 3. This Westie was also finished off and sent to its new owner in Australia…… 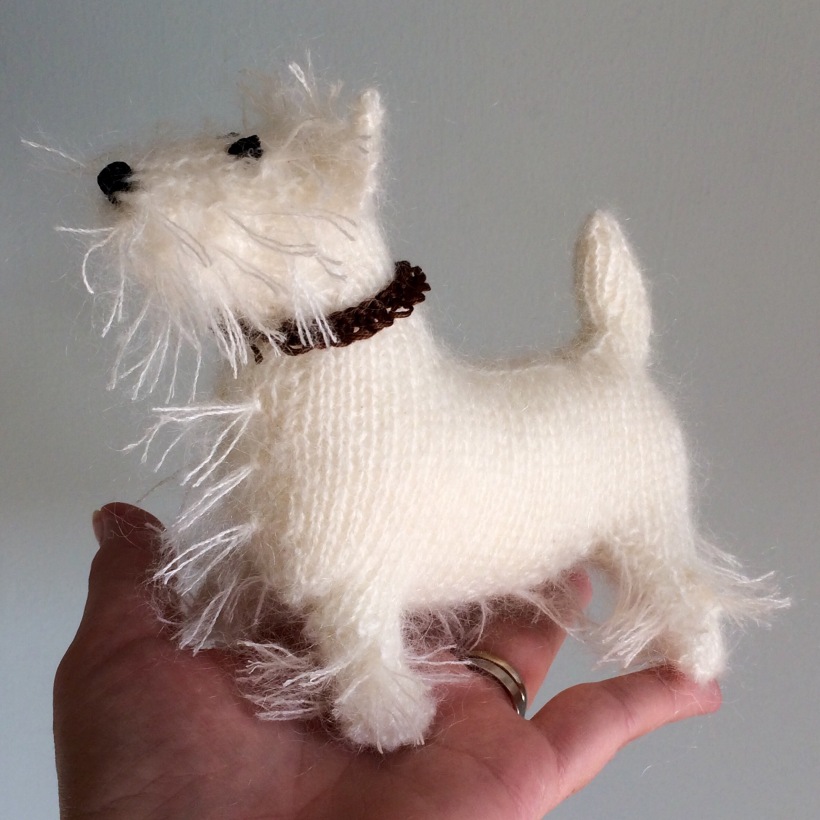 4. …..and an old needlepoint was upcycled into this cushion cover.

5. We had the dentist on Tuesday which meant taking No.2 Son out of school for a couple of hours. He doesn’t come home now until half term which is four weeks away, so it was really lovely to snatch a bit of time with him, even if it was only in the car and on the dentist’s chair!

Doesn’t he look tall? Can’t believe his little brother will be big enough to join him next year…. 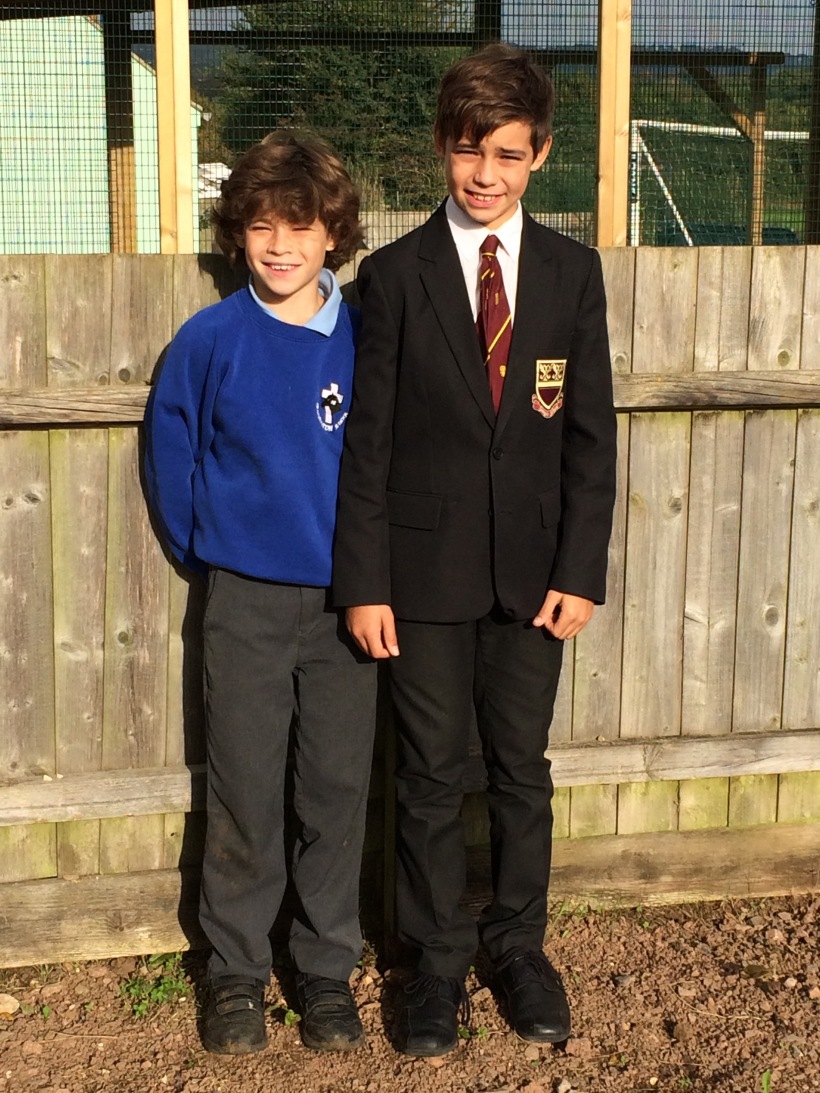 6. Apart from sock-knitting, dog-knitting, poncho-knitting and upcycling an old needlepoint, I squeezed in some jam-making this week, using what must be the last of the season’s rhubarb. 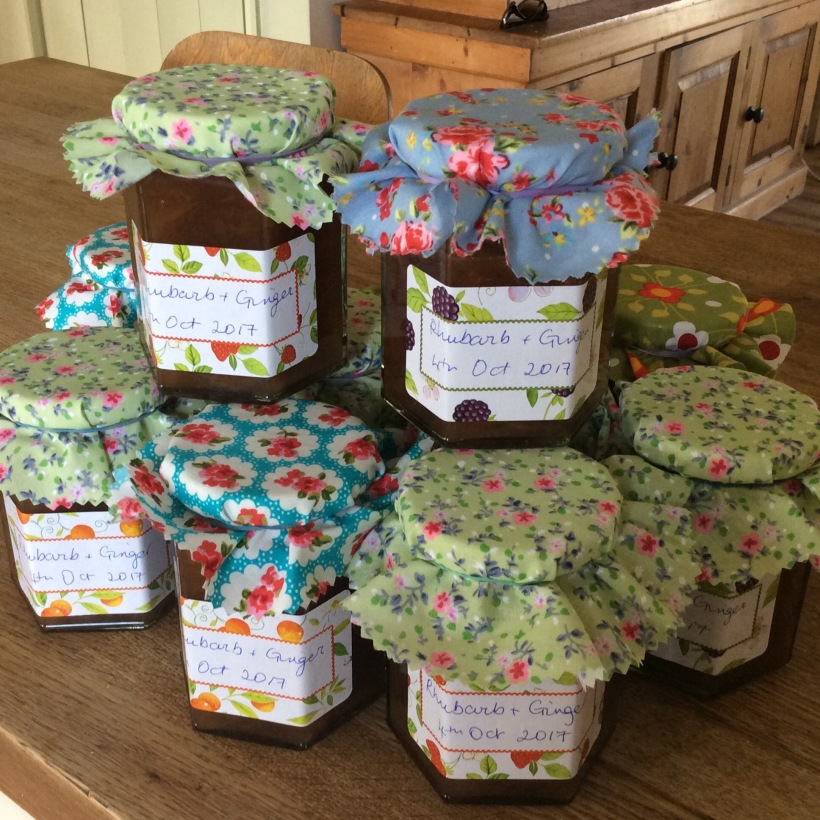 7. The dresser shelves are looking pleasingly replenished now, with an extra eleven jars of Rhubarb & Ginger.

8. I did find time to sit down and enjoy my favourite magazine when it landed on the doormat, though. Does anyone else buy The English Home?

9. I stumbled across this giveaway on IG but couldn’t resist ordering the kit immediately.

10. Lots of places had sold out, but I managed to buy one from Black Sheep Wools and it arrived the very next day.

11. I’ve done two hexagons already and, whilst I love it, I have to say that the picture is a bit misleading as it is overexposed – the actual colours are quite a bit darker in real life. These are the two on the top left.

12. We had lunch at out favourite local hotel.

14. Which is where I am right now writing my Sunday Sevens.

Looking at the French windows out onto the balcony, I’ve just noticed an absolute plague of ladybirds.