Apologies to those who missed my Sunday Sevens last week (yes, I actually got told off by several of you!), so here are two weeks worth of photos.

1. I was driving through Burrington Combe when some free-grazing cattle slowed me down. Makes a change to sheep or goats, I suppose!

2. The recent spell of hot weather has allowed for more barbecues with friends. I never say no when The Husband suggests a barbecue as it means he does all the cooking.

Mind you, it takes me an hour or two to prepare everything for him to cook….

3. Mum and I went out for lunch at a new Mediterranean restaurant near her home.

4. Very nice it was, too – the sea bass fillets were enormous! 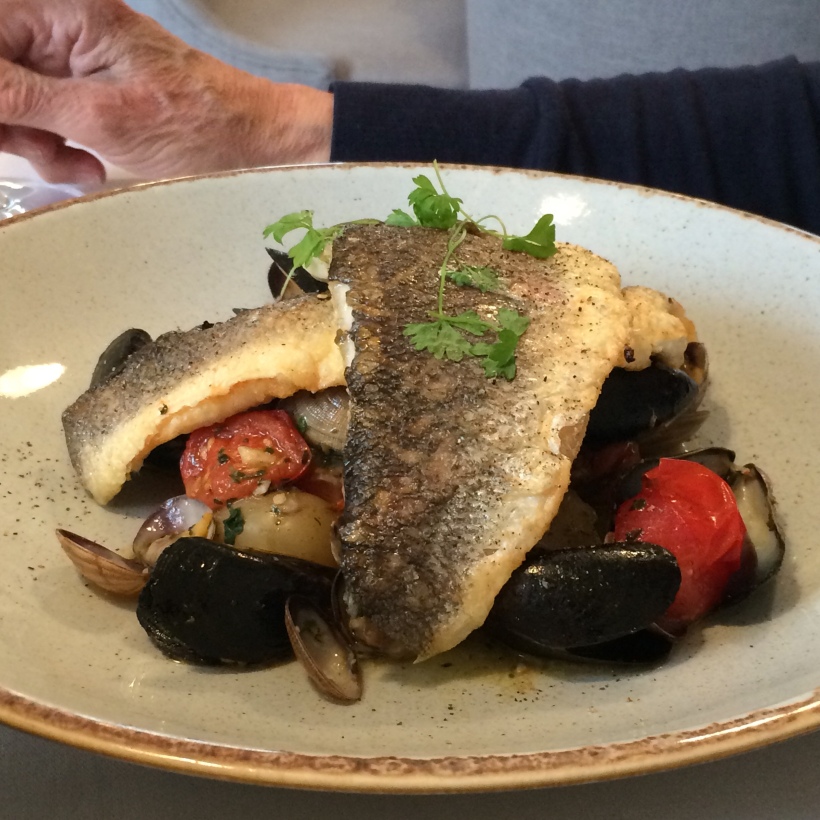 5. I finished and blocked the socks for my brother in good time for his birthday at the end of May. For those keen-eyed amongst you, yes, these blockers are a larger size, as I find I’m getting lots more requests for men’s socks now, so I bought some XL ones.

6. I also ‘treated’ myself to a Socker’s rule with UK Imperial on one side and European Metric on the other. Handy-dandy indeed. 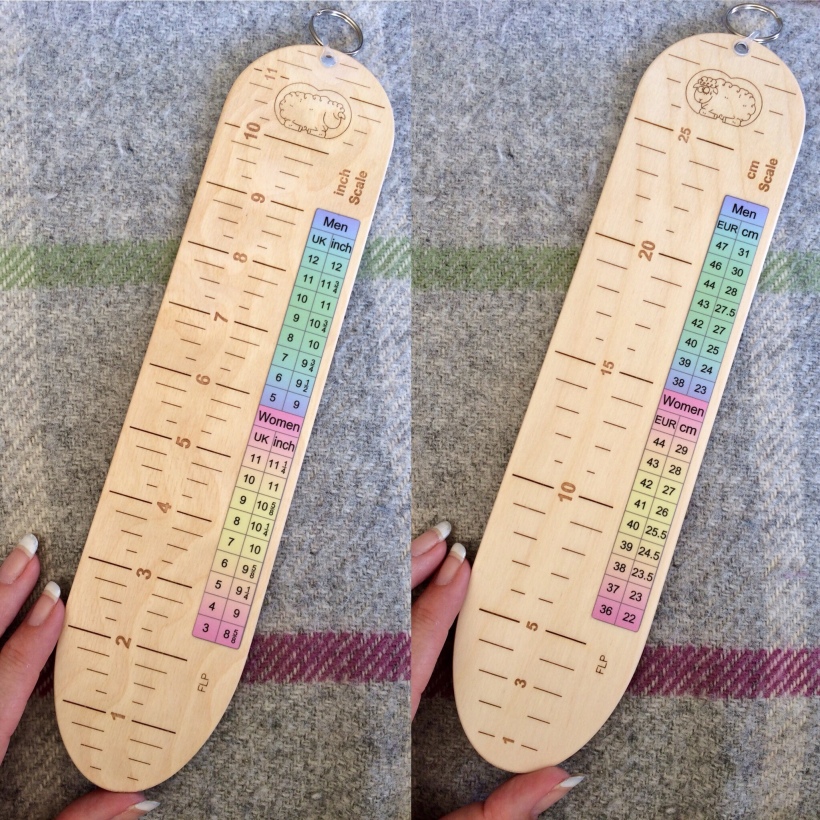 7. Whilst waiting impatiently for some yarn to arrive, I found myself casting on more socks with wool from my collection.

8. It pleases me greatly to use coordinating stitch markers!

10. A few nights later, they were cast off and blocked. 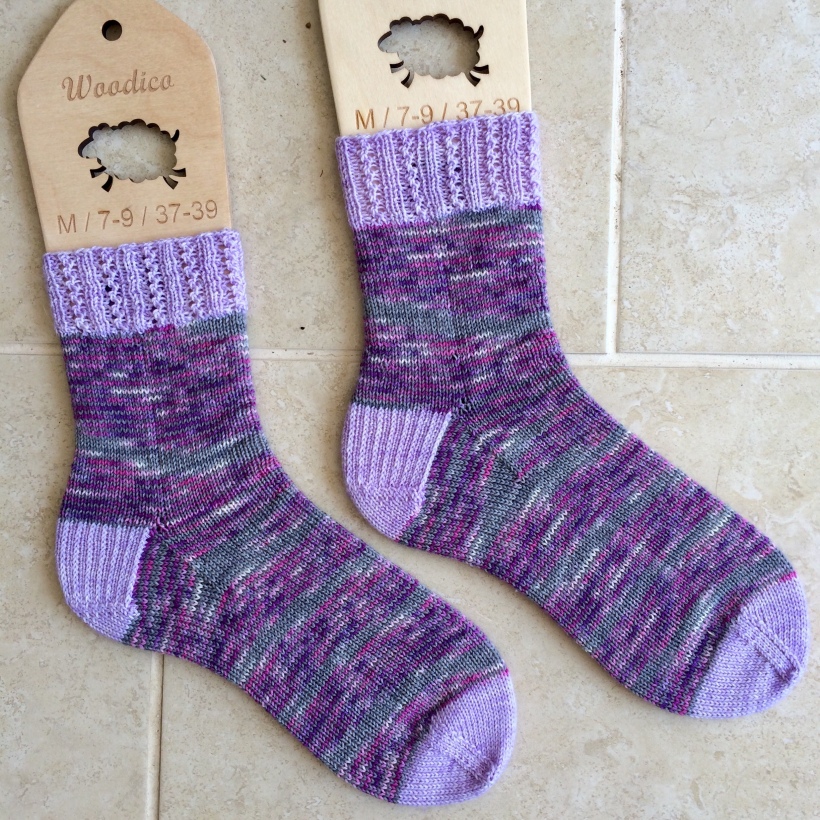 11. The new yarn arrived and will soon become another pair of socks, this time for someone in New Zealand. 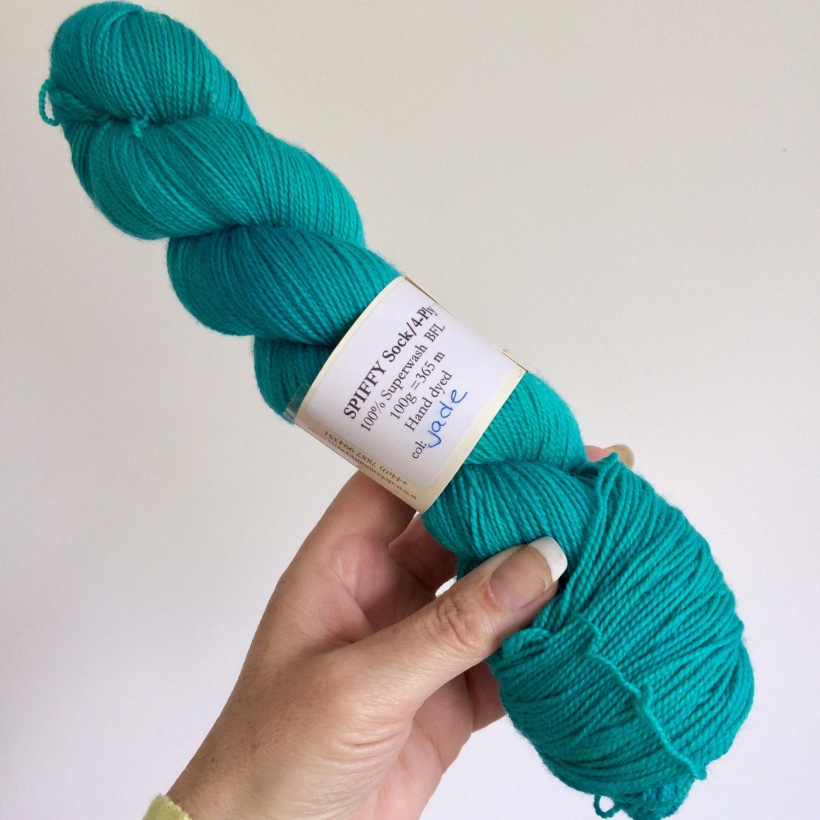 12. A pint and a bag of crisps went down well whilst out in Mere. Well, you’ve got to do your part in keeping the pubs open, haven’t you?

13. The irony is that there are so many other houses in this street…. 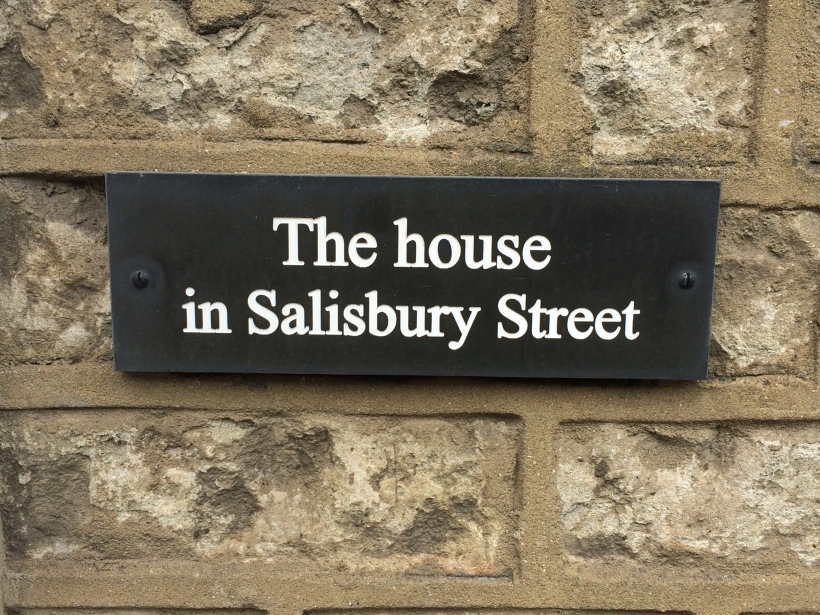 14. No.3 Son and his partner entered their first dance competition as a couple.

15. Out of four dances, they reached the semi-finals in Ballroom with the Waltz, and came fourth in the finals of Latin with a fabulous Cha Cha Cha, winning themselves their first trophy!

16. We harvested our first crop of homegrown rhubarb which became jam within the hour.

18. I also made some Marmalade for the upcoming school fair. 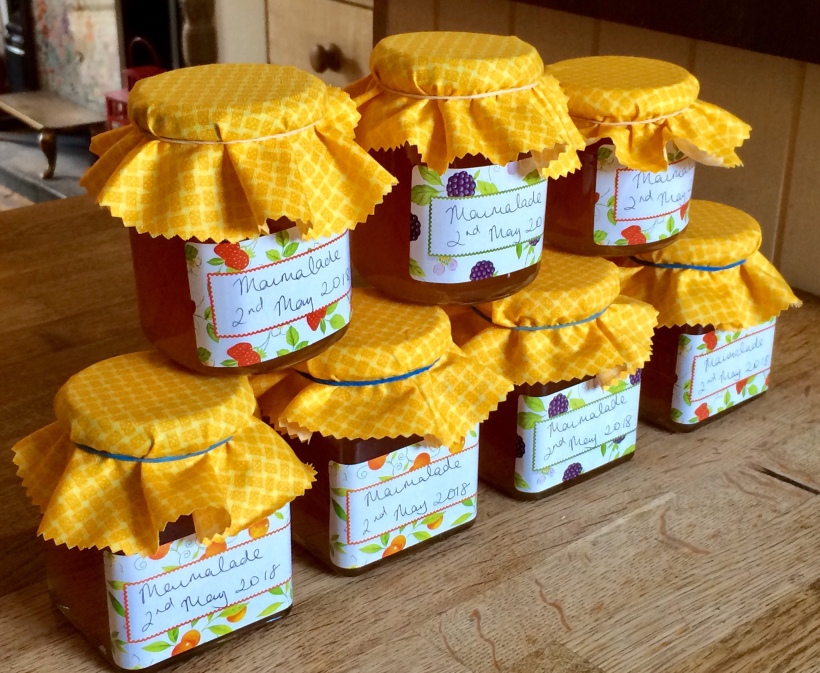 19. Talking of the school fair, I spent an afternoon making some bookbound journals from some leather pieces I had lying around.

20. I’ve made a start on more things for the school fair – hopefully these will be ready to show you next week.

21. Seeing as I’ve spent many hours making things, I forced myself to tackle a few of the tedious sewing jobs that I’ve been putting off for far too long. Sewing on a button, repairing a seam and taking down the hem of a pair of cricket whites all took a total of twenty minutes, yet they’ve been hanging around for weeks being scowled at every time I glanced at them on the ‘to do’ pile.

22. I’ve obviously spoiled him too much because, as I was dishing up supper one night, Hubby made the priceless comment “If it’s not worthy of a photograph, don’t bother serving it up”!

This is what he got. 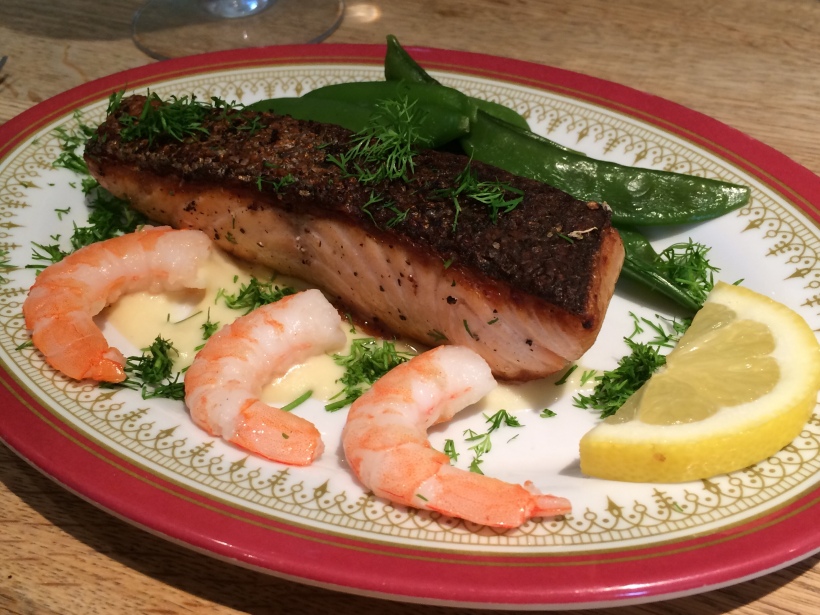 23. It was our 5th wedding anniversary this week. 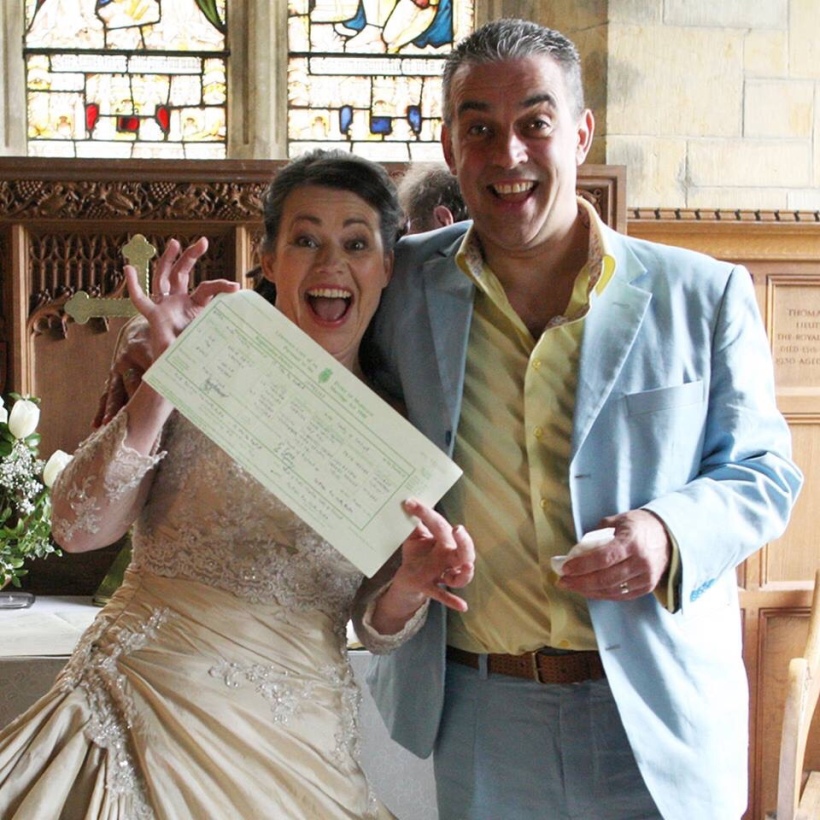 24. Bearing in mind the cheeky comment he made the previous night, I was sorely tempted to put this in front of him…. 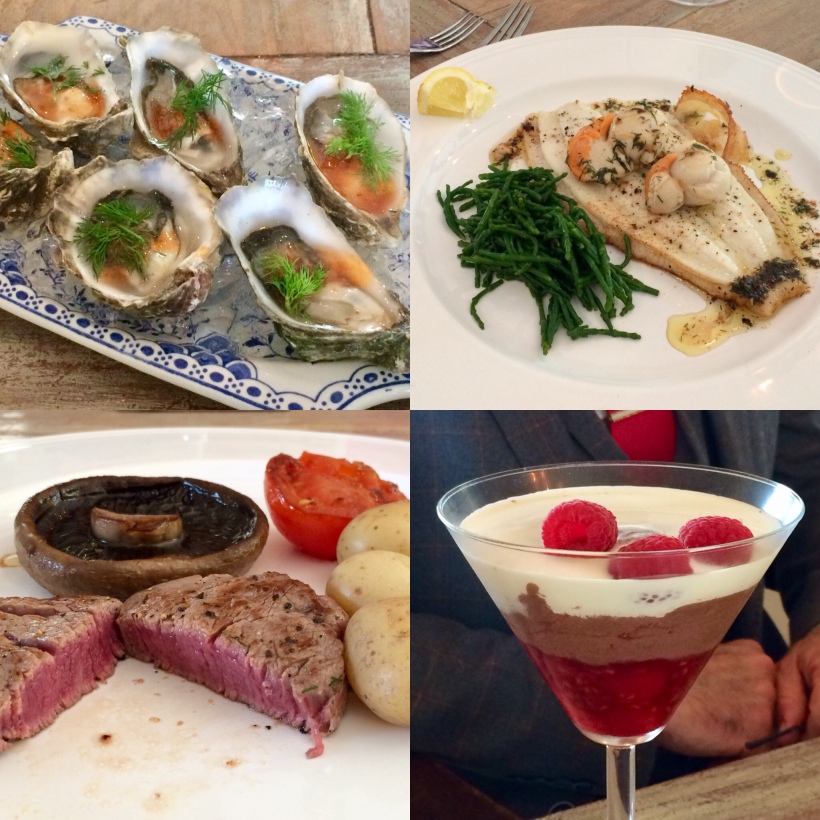 But I’m a nice wife, so I cooked enough for us both…

27. Even Tess had a Doggy Full English.

Linking up with Nat at Threads & Bobbins, Sunday Sevens is a weekly blog series showing your week in photos.