Linking up with Nat at Threads & Bobbins for another edition of Sunday Sevens.

1. I cut No.3 Son’s hair as we were due to spend the Bank Holiday in Newhaven with one of his sisters and the forecast was hot hot hot. Now he looks like a different boy!

2. We all went to have a barbecue with another sister in Brighton in the evening sunshine. 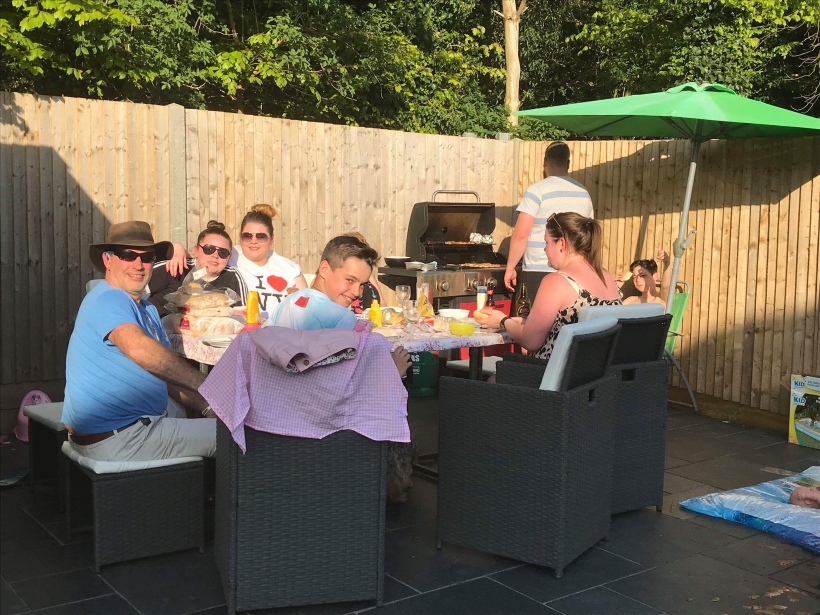 3. Posing for the camera with his niece! 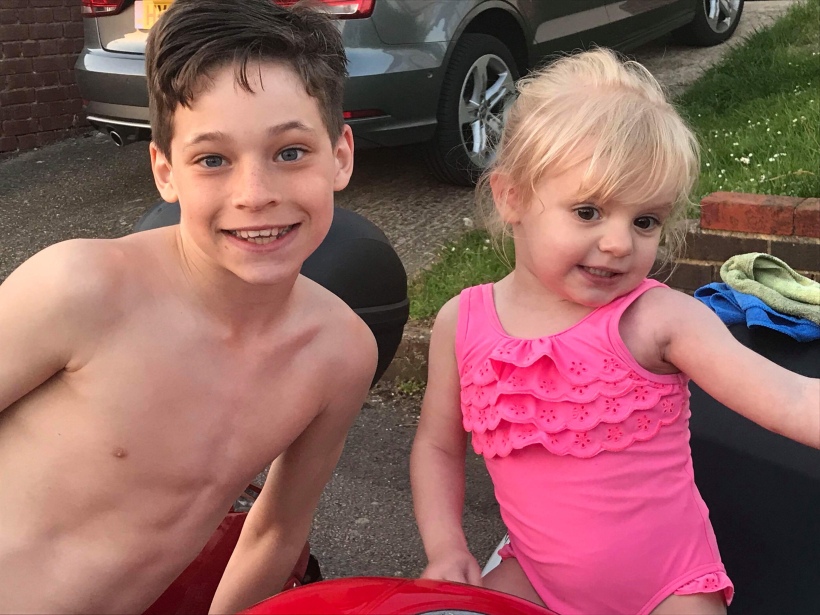 4. We spent a brilliant day at Newhaven Fort. No.2 Son walked through the shot just as I was taking a panoramic photograph:)

5. There were exhibits from WWI and WWII as well as showing how ordinary people lived through the war. The Boys were fascinated with this recreation of an Anderson shelter that many families had in their gardens and that acted as protection from bombs.

6. We actually still have an old Anderson shelter in our garden which is currently used as a wood store. I think it is now going to be restored back to its original form for The Boys to play in!

7. The Boys had SO much fun doing boy stuff, like climbing on the cannons…..

12. ….and stripping off to blend in with the Neanderthal display:)

13. On the three hour drive back, I managed to get quite a lot done on the current sock project.

14. Cock welcomed us home with an ear-splitting crow. 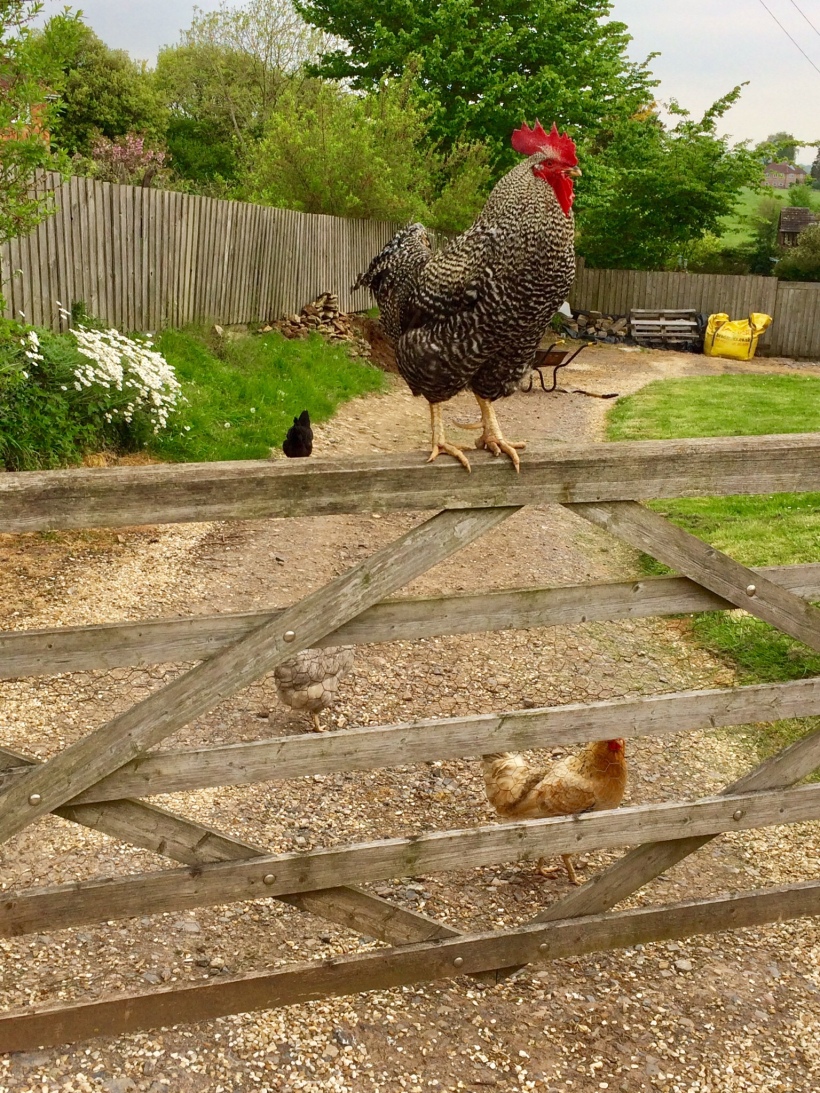 15. The husband had company from the hens as he made further progress on rebuilding the wall that they have systematically destroyed over the years. 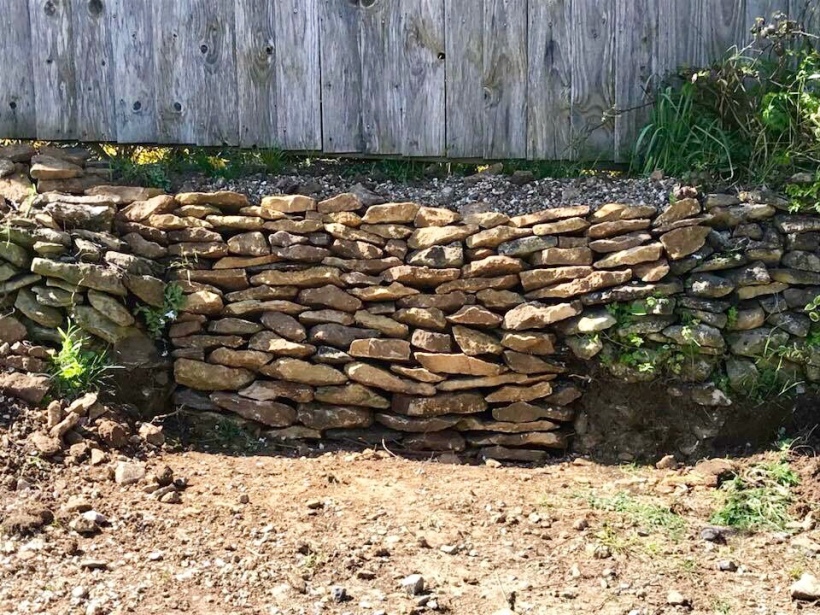 17. Meanwhile, I prepared all the food for another barbecue.

18. No.2 Son had just enough time to wolf it all down before heading back to boarding school that evening. 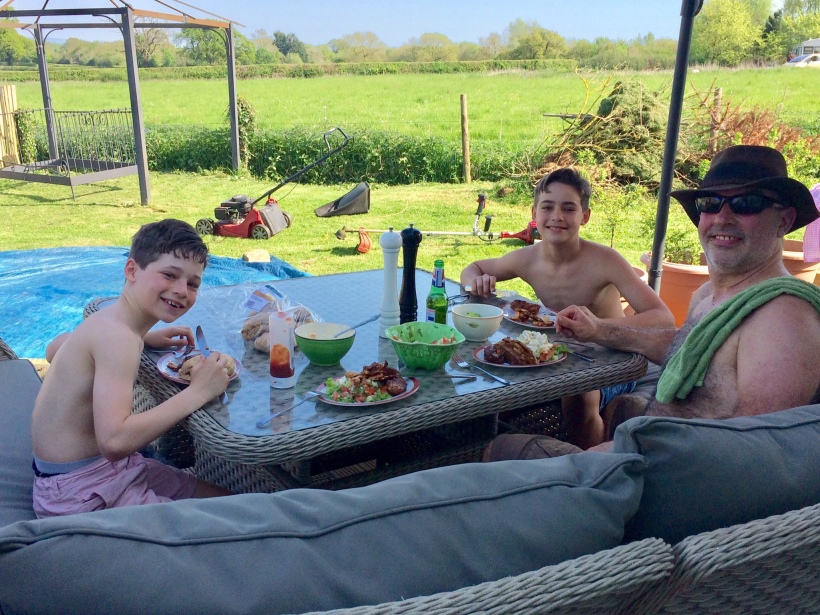 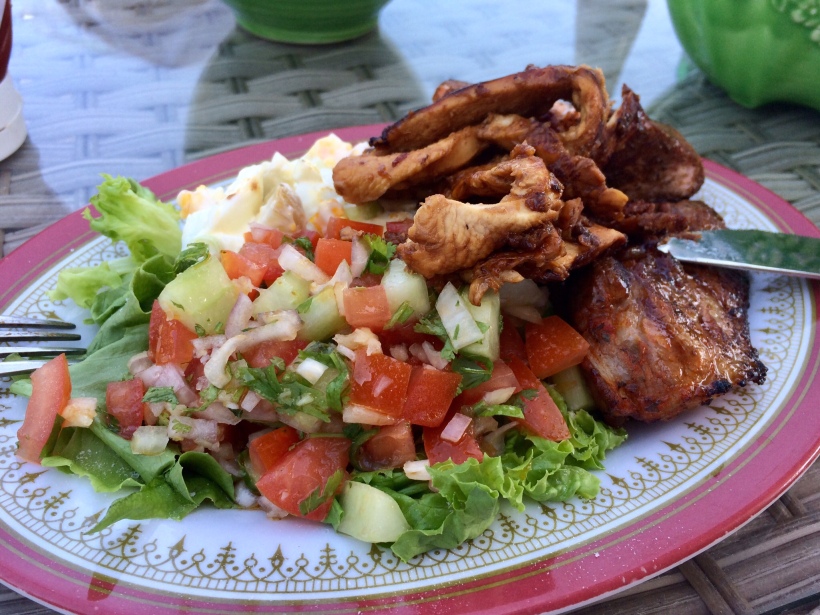 20. Building work has started on the barn in the field behind our house. It’s far enough away not to impact on us in any way. 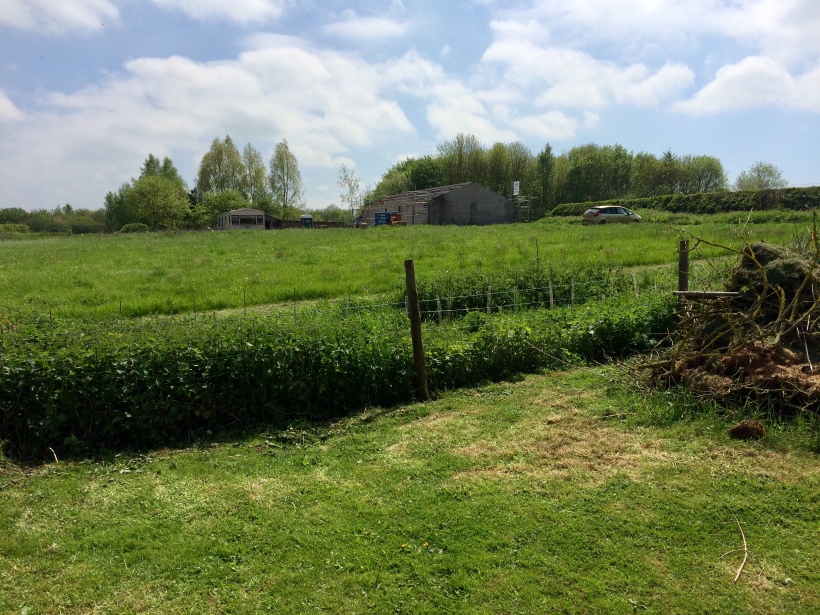 22. We took Tess out for what has become her now once-a-week treat of a doggy Full English breakfast.

23. Another day we tried a new café for the first time – Marnie’s Vintage Shop and Café in Ilminster.

24. My sister and her husband came to stay and we also had two separate lots of B+B guests this week, so LOTS of washing and cooking. 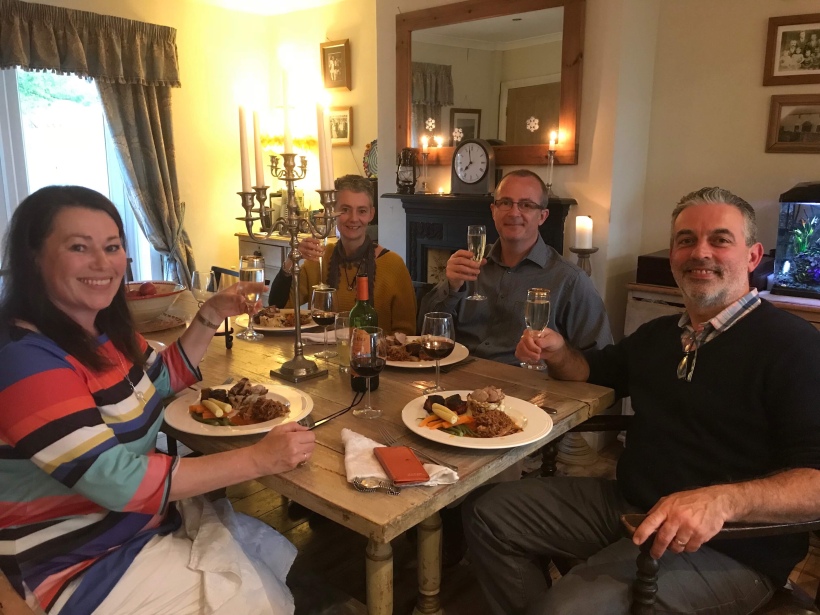 25. Craftwise, further progress was made on those socks. 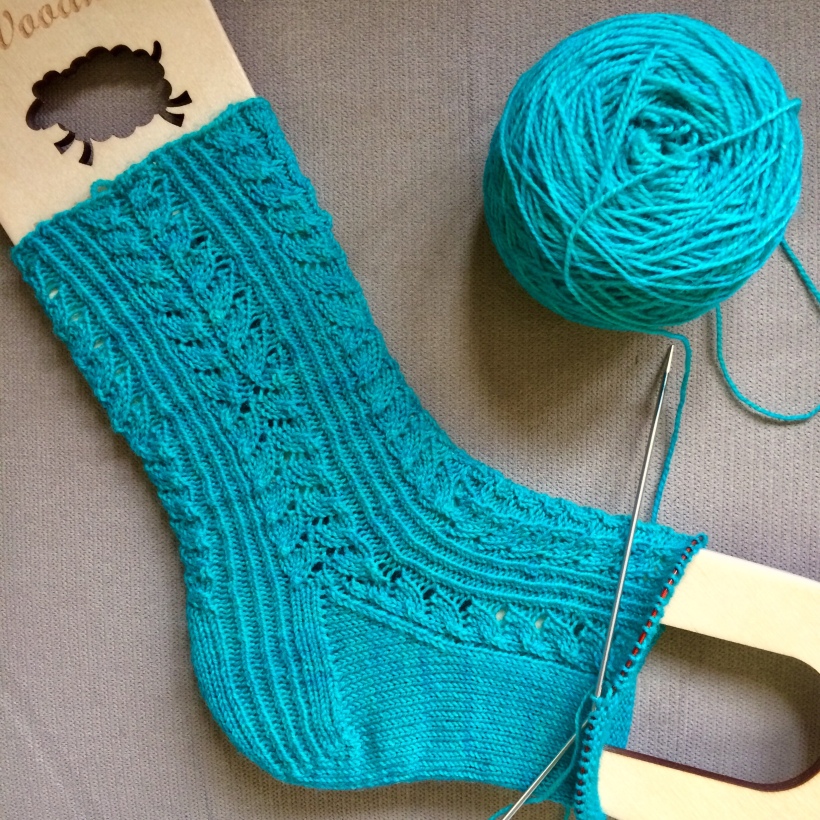 26. Last week’s teaser became these cards for the school fair.

27. I was going to make a load of these for the school fair but, as they’re double-sided and take two hours each to make, decided……no.

Well done if you made it to the end – more next week!