I am so excited!

I popped out to get some picture hooks and thought I might as well have a quick look in The Charity Shop (there is only one in the nearest town) and came away with what must be the BEST DEAL EVER.

The two labels said “Remnants” priced at £5.00 each. Basically, they were obviously going to be a long and a medium pair of curtains that had been started but not finished. They were each double width, cut and seamed up the middle, and that was it.

ELEVEN metres of it.

I snapped it up.

I got home, laid it out and had a proper look. 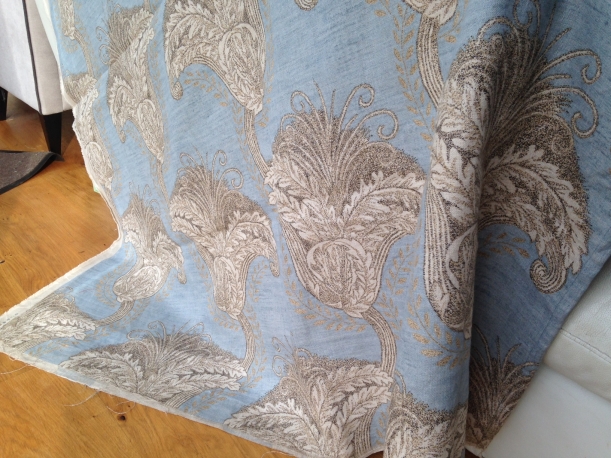 It was top quality and looked pretty exclusive to me so I checked the selvedges and googled the fabric.

Honestly, I can’t tell you how chuffed I am. Although it does make me wonder about the lost potential passing through charity shops for a song. Am I going to take it back and insist they price it right? No, so that makes me a hypocrite then. But I didn’t know it was designer fabric before I’d paid up and returned home so that makes feel a little less guilty:)

Tess thinks it would make a nice dog blanket. 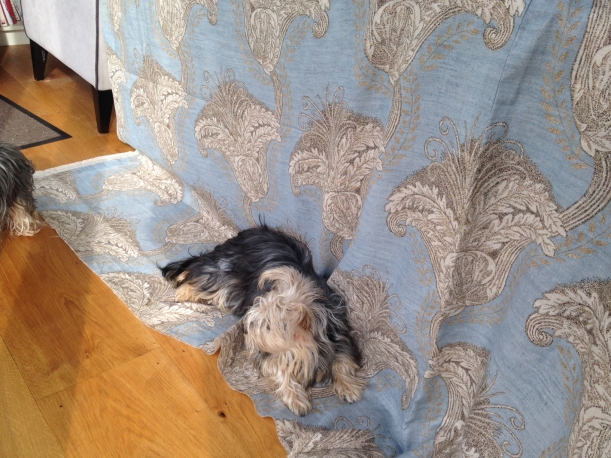 I’m going to try to piece it together to make a new pair of curtains for the dining end of our kitchen as the silk ones have started to disintegrate in the sunlight.

That wasn’t the only thing I bought though; there was an Ikea double duvet cover going for £3, and I knew just what to do with it….. 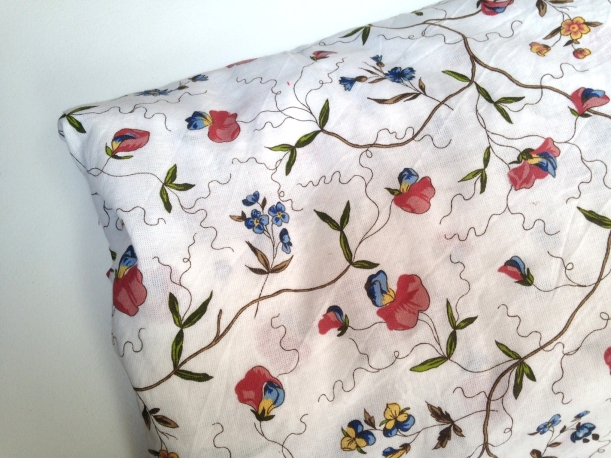 Do you remember the day bed that used to be in my studio which is now in the garden? 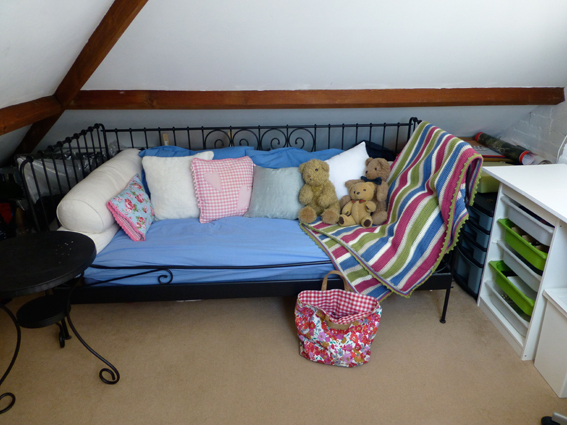 Well, hiding behind the bed was an attic full of “stuff”… 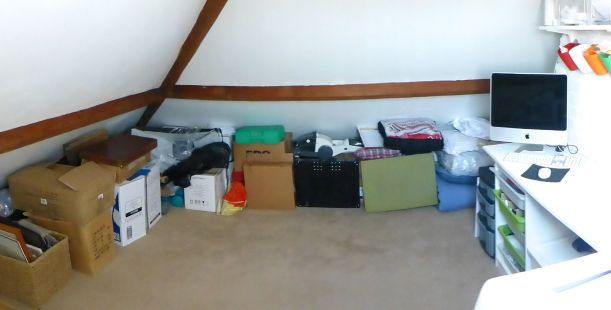 Ugh! It does NOT make for a happy studio:(

I cut the duvet cover around three sides and opened it out. I hemmed it and punched eyelets at intervals along the top edge and suspended it on hooks hidden behind the beams and, an hour later – voila! 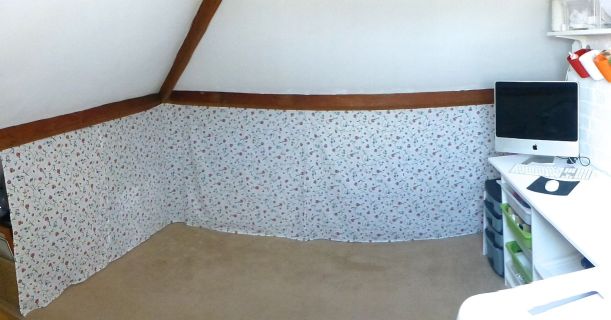 Out of sight, out of mind – I now have a much more streamlined, tidy space and, not only that, acres of floor space for cutting out those designer curtains:)

I also have quite a lot of leftover fabric so what can I do with that, I wonder….?