Hmmmm, bit of a disappointment.

Having spent the larger part of a day refashioning an already beautiful scarf into a bespoke gift for someone specific aged 17, I am gently informed by her mother that she wouldn’t wear it as she doesn’t like pink.

I then offered the set to my 23 year old daughter who told me that, although she likes it, she wouldn’t wear it because…..she doesn’t like pink!

Am I alone in my love of pink in all its glorious tones and associated femininity? Or is an age thing and just not ‘cool’ for anyone under forty?

So, onto the pictures.

This is the original scarf as shown in a previous post…. 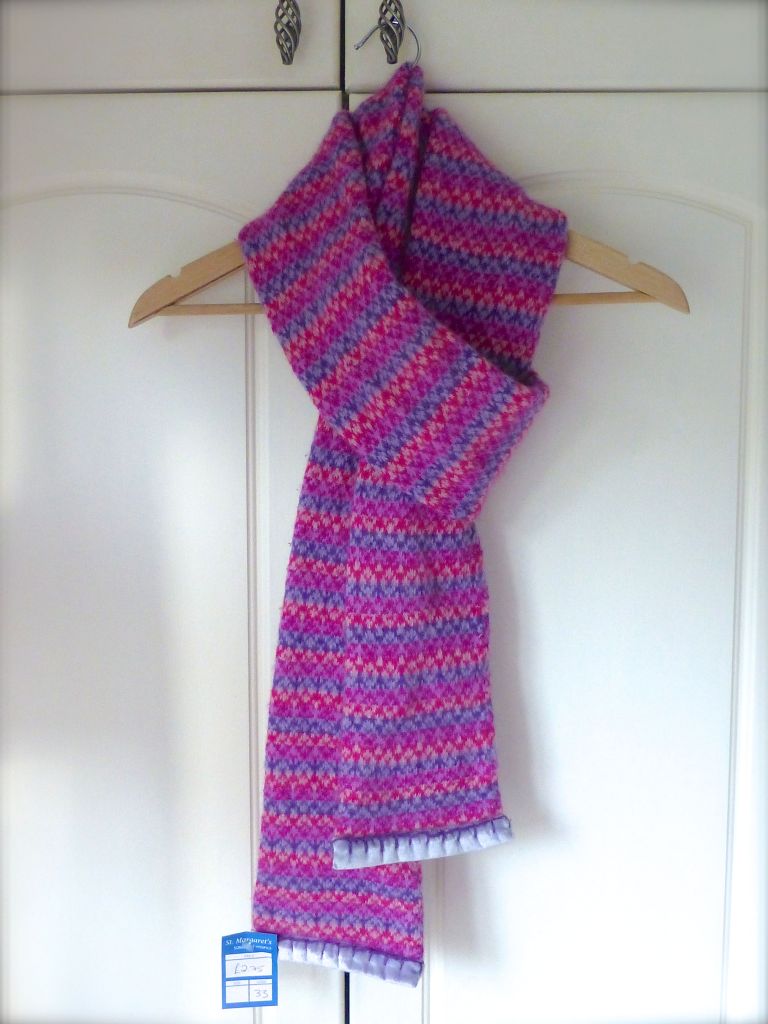 I removed the velvet edging and cut open the tubular scarf to make a wide piece of ‘fabric’, then cut it into a cowl sized piece and two glove size pieces. 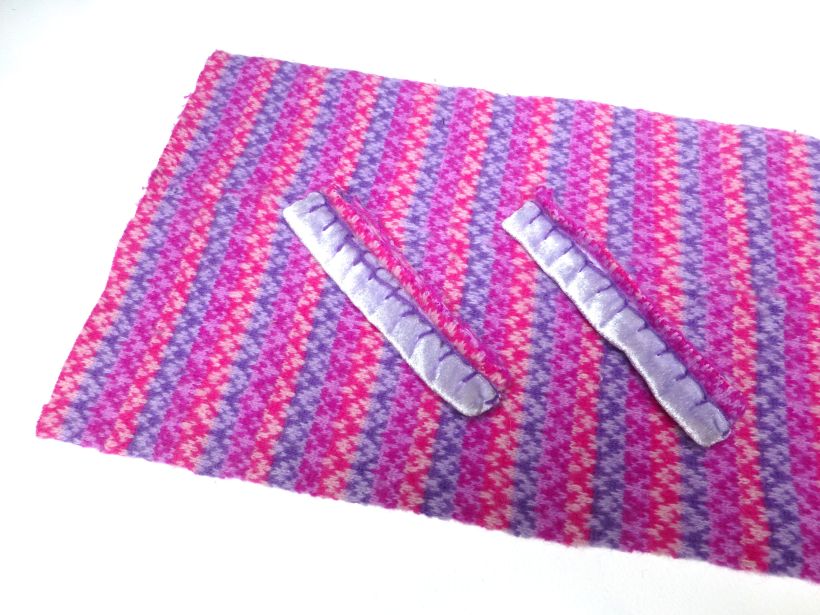 The cowl was stitched into a tube and the raw edges overlocked.

Next I added a row of double crochet to the upper edge in deep lilac…. 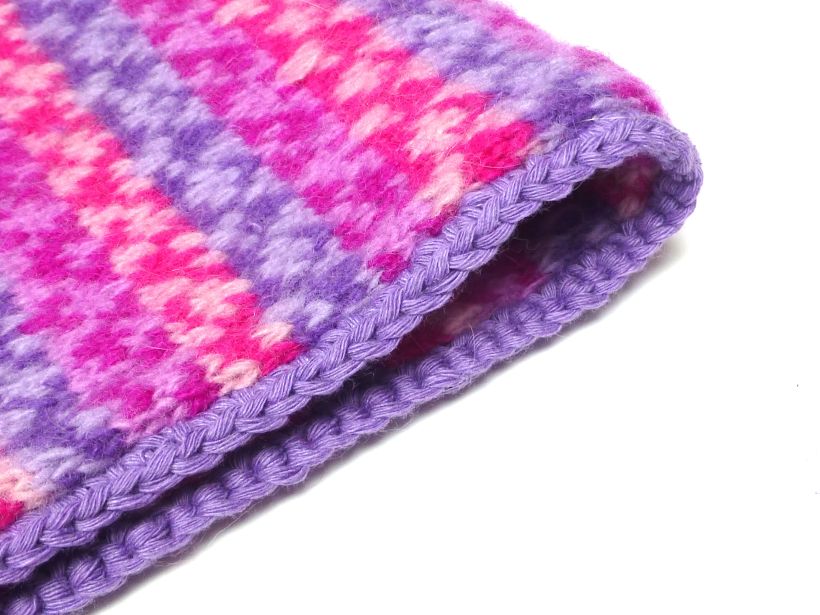 ….and a delicate picot edging to the lower edge. 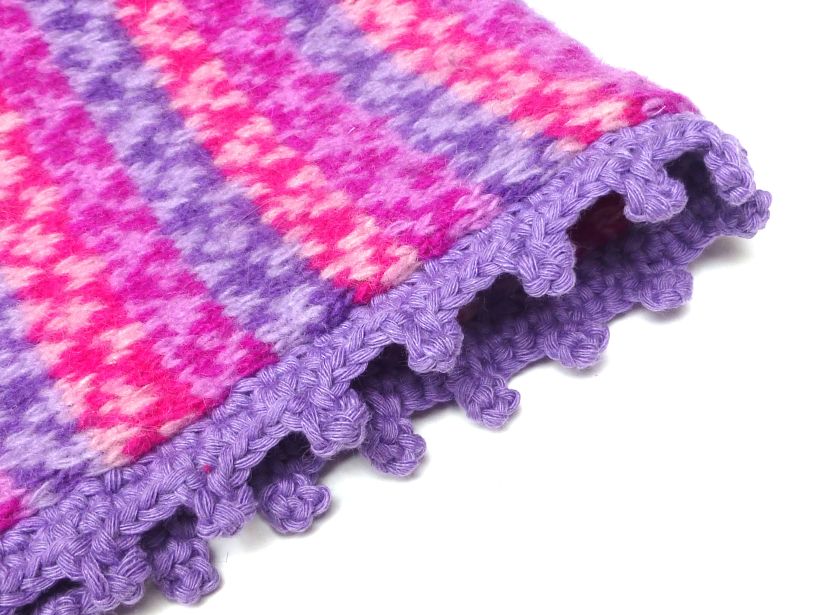 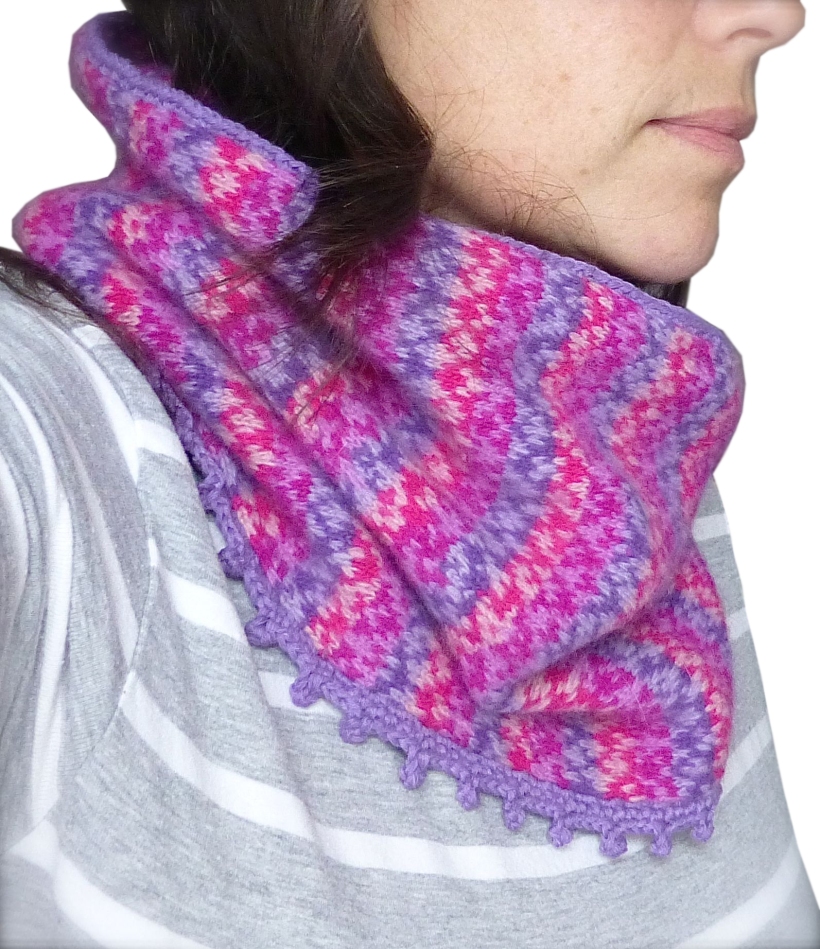 Next, for the gloves, I appliquéd a pink heart (made from a felted lambswool jumper) onto the front of each glove using the same lilac yarn. 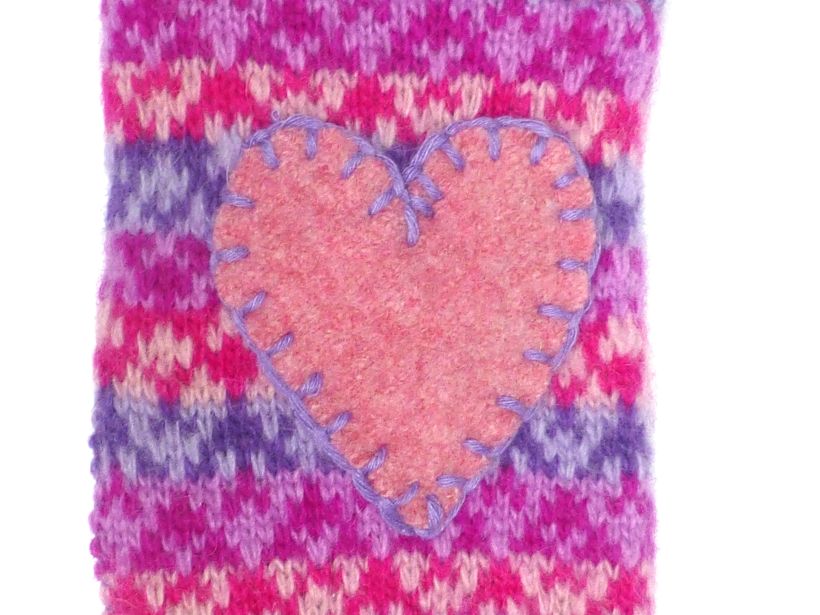 A picot edge was crocheted around the finger end of the gloves to match the border on the cowl. 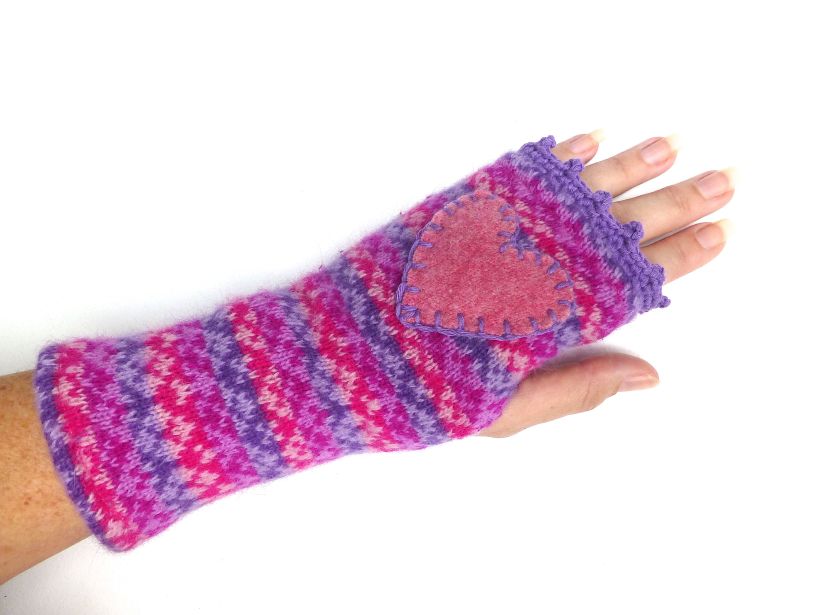 I think they make a lovely set as it’s so rare to find such a gorgeous fair isle knit in such good quality. 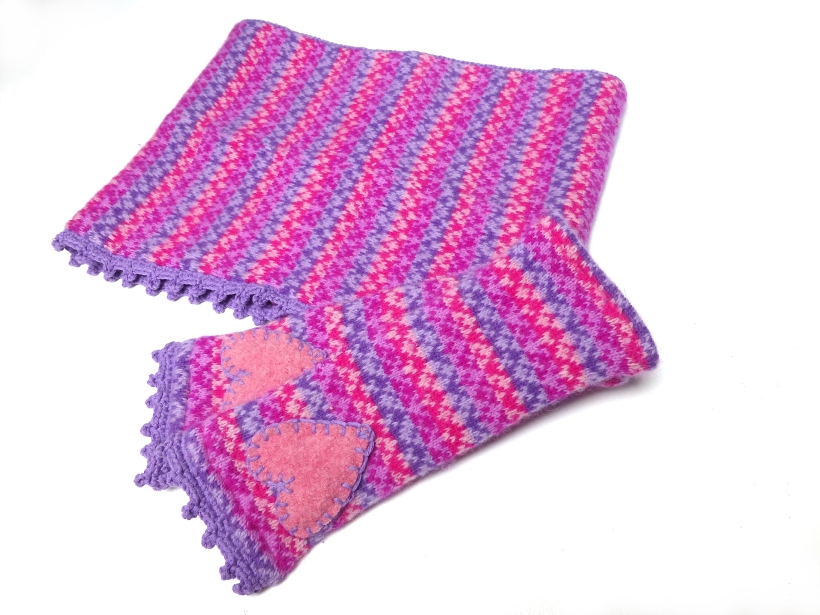 So if you know anyone who would love to buy this, please point them in this direction – there must be someone out there who loves pink as much as I do!!!! 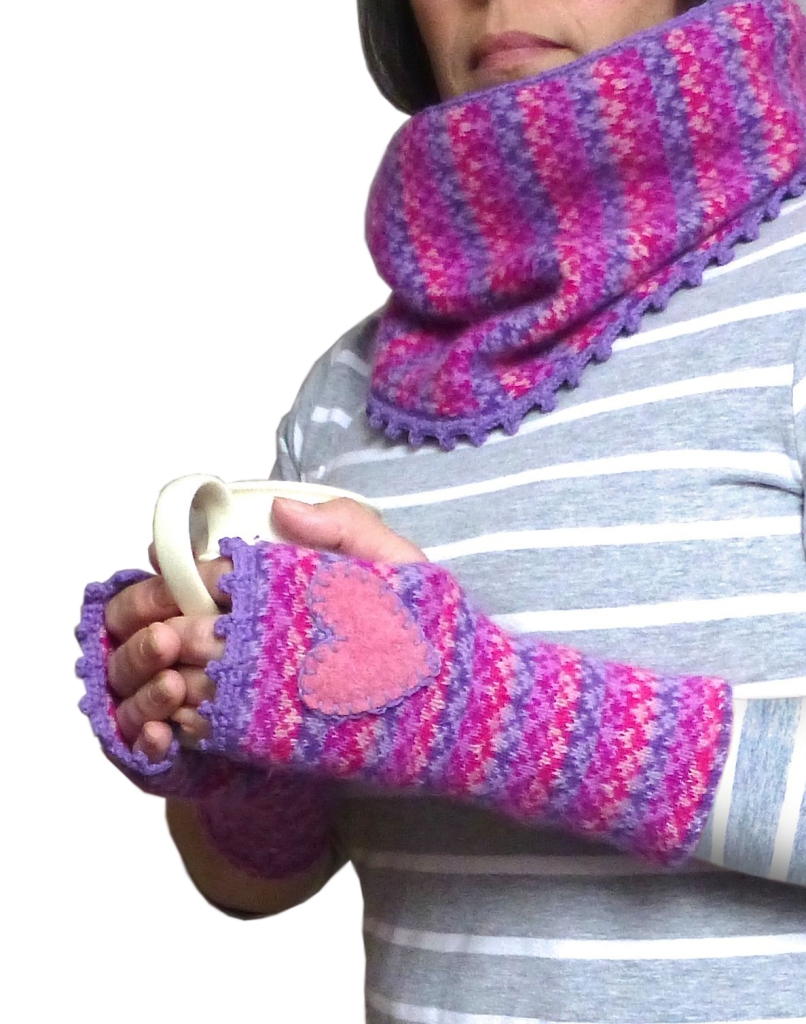 They would make a great Christmas gift too:) 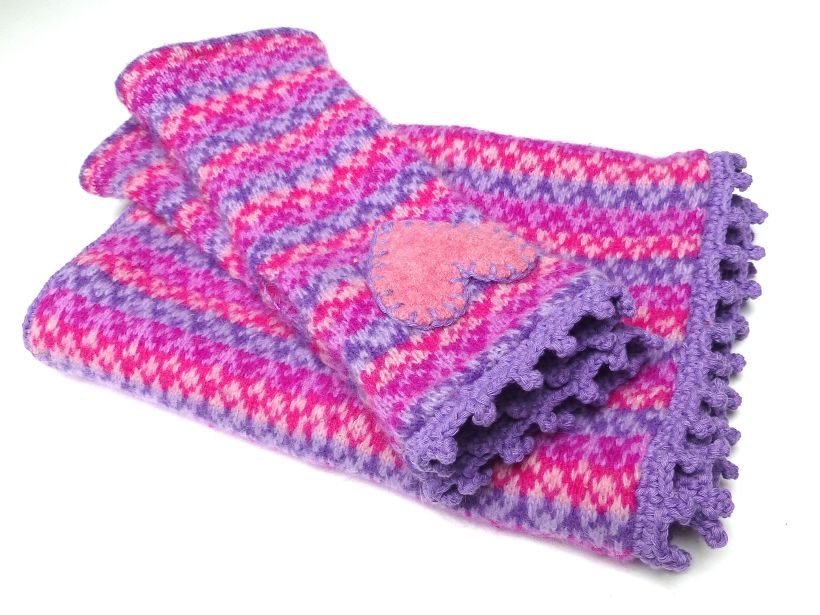