Welcome to another SSSS (South Somerset Sunday Sevens) – no. 86 or 87, I’ve lost track after this many weeks. Nat over at Threads & Bobbins came up with this idea to help you keep blogging in those less productive times. Pop over to her blog to see how you can join in, too.

As ever, I have failed to whittle it down to just seven photos (clue is in the title!) but HAVE found a way to make it less obvious that I can’t count – make a montage!

2. These giant 25mm knitting needles arrived in the post from Wool Warehouse along with some super chunky wool. I’ve been knitting with laceweight yarn on 3mm needles for three months solid and was desperate to do a quick knit. 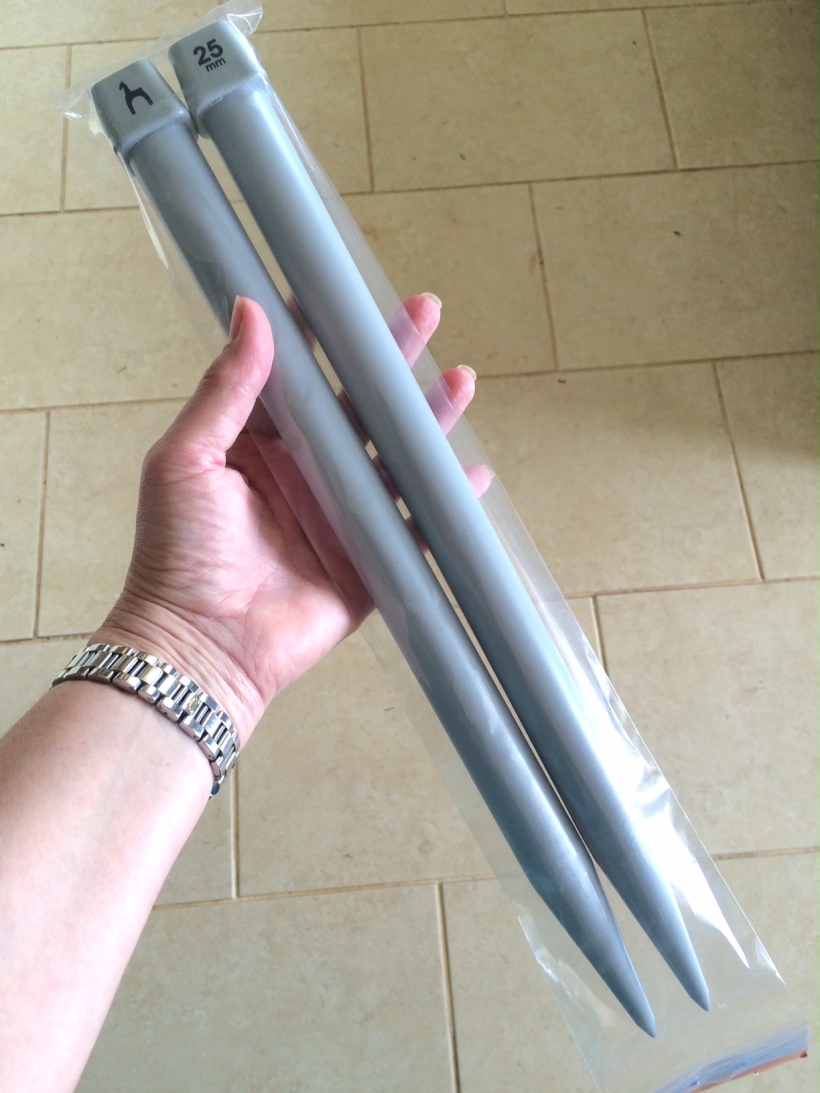 3. We spent a couple of days in the garden at the beginning of the week as soon as the spell of good weather started. Pool was filled, gazebo drapes were put back up and the daybed was dressed for the Summer.

4. I cast on with the giant needles whilst keeping an eye on The Boys in the pool.

We had snow this time last week!

5. Knitting continued apace the following morning in bed. I love how quickly this has knitted up. In fact, the entire jumper is finished already – I just have to sew it up! 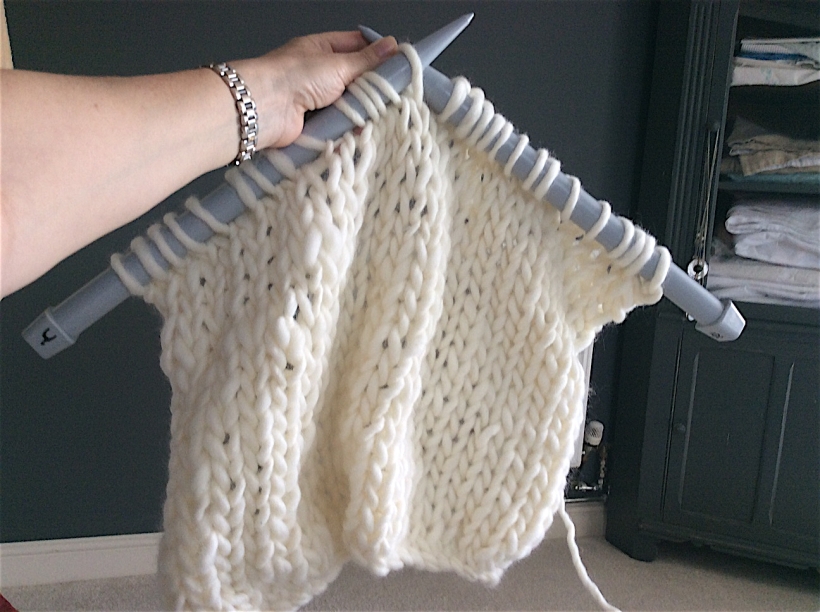 6. Talking of knitting, No.3 Son asked if I would teach him how to knit. This is the progress of his ‘scarf’. Well, a scarf is the first thing everyone knits, isn’t it? 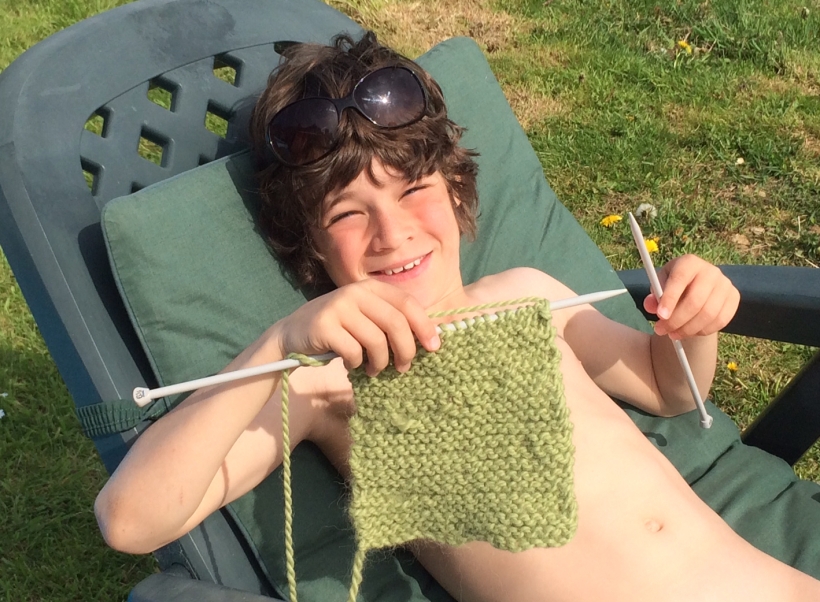 7. Mr H-L’s red shorts are nearly finished. Waistband is going on – this is the inside and should make him smile every time he puts them on. 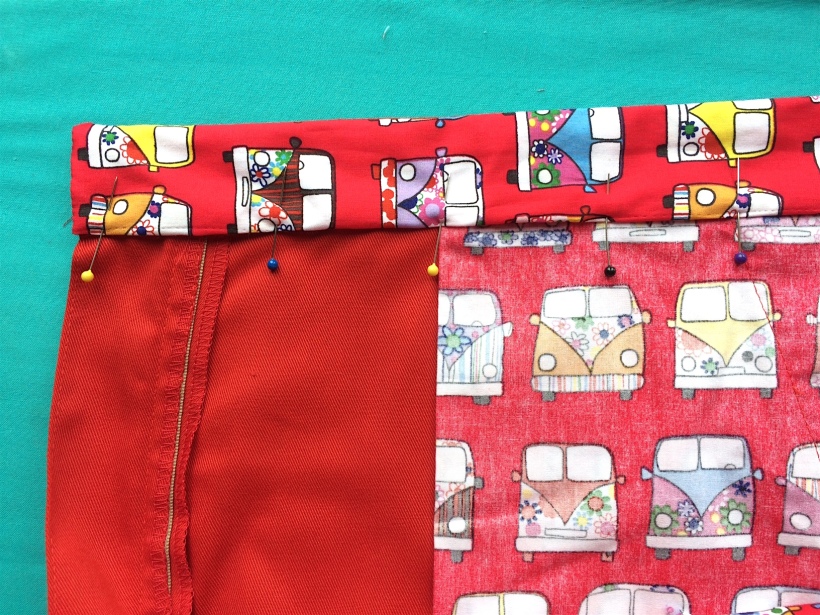 8. No.2 Son declared that he needed some new shorts for Spain in a few weeks so, being the mother that I am, told him to go and make some.

An hour and a half later – voilà!

Like his father, his taste is not exactly conservative:)

10. Our first barbeque of the year!

11. Lunch with the girls made a nice change as we don’t get to do it as often as we used to.

12. Second barbeque in as many days! Last year we didn’t have a single one, so we’re making the most of the good weather while it lasts.

13. In fact, we lit the woodburner (every garden should have one) and stayed outside until nearly ten o’clock with family who were visiting for the weekend.

Finally, a big “thank you” to all your kind messages about the hens. They are all missed, but the new ones are getting used to us now, coming closer as they get braver and become more inquisitive. It won’t be very long before we find them wandering into the kitchen, I suspect.