Sunday Sevens is a weekly blog series whereby you share seven photos of your week outside the blog. Invented by Nat at Threads & Bobbins, follow the link to find out more.

1. A member of the family was hosting an Open Garden at her farm. Typically, it poured down all day but didn’t spoil anyone’s enjoyment – over £1200 was raised for a local hospice!

2. A farmyard twist on planting!

3. This old GWR sign has found a new home on the door to the outside toilet.

4. I was given a posy of flowers to take home which are still brightening my mantelpiece a week later.

5. Spurred on by fellow Instagrammers, I had a clear out of my wardrobe. I decided to donate a recent make (the keyhole top from Love Sewing) due to its immodest cleavage reveal! 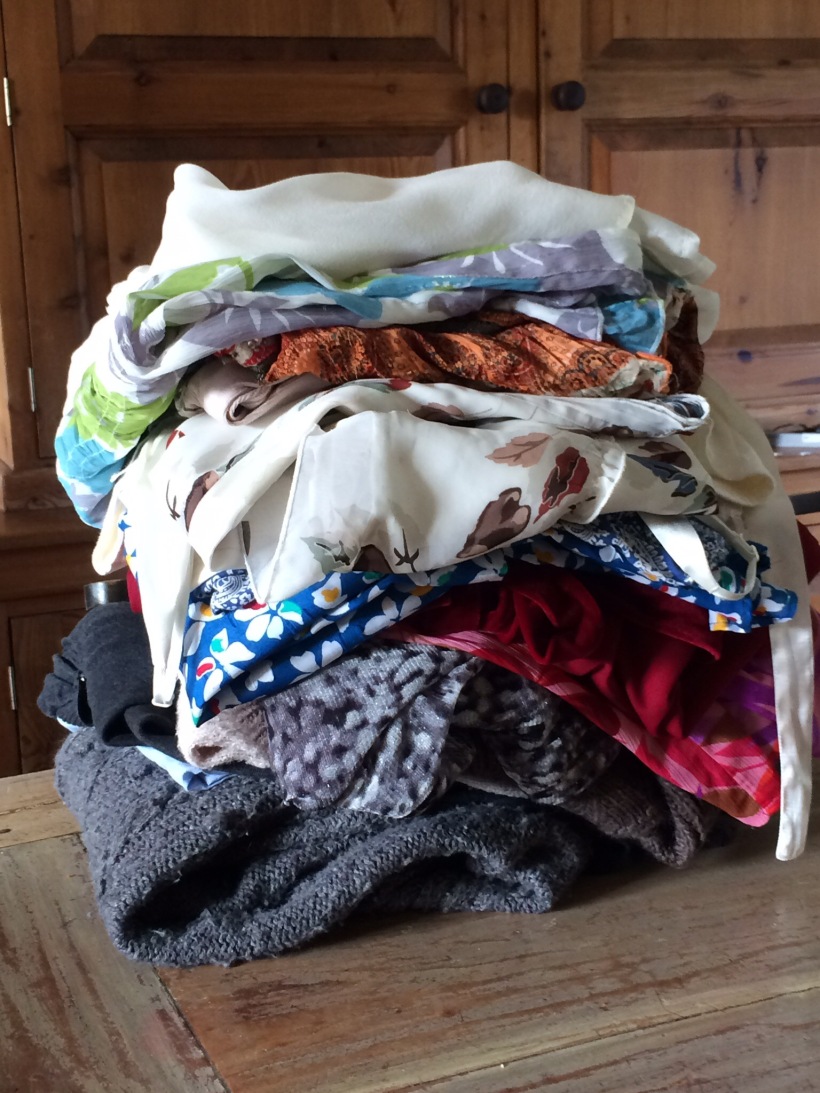 6. A crochet blanket was started. Just a simple granny square one this time.

7. No.3 Son was part of a team that won the Gold medal at an inter schools championship mid-week.

8. The following day, they went on to win Silver in the area finals. District finals at Millfield School are next!

9. The owners of this field very kindly mowed a wide path through the middle of the field for dog walkers. It would appear that, instead of cattle grazing, they are encouraging a wildflower meadow to grow.

10. After a midnight emergency trip to the vet, Fifi had a tumour removed and is NOT happy that she has to wear the Cone Of Shame for ten days.

11. More crochet, this time a flat flower to embellish the centre of the aforementioned blanket. 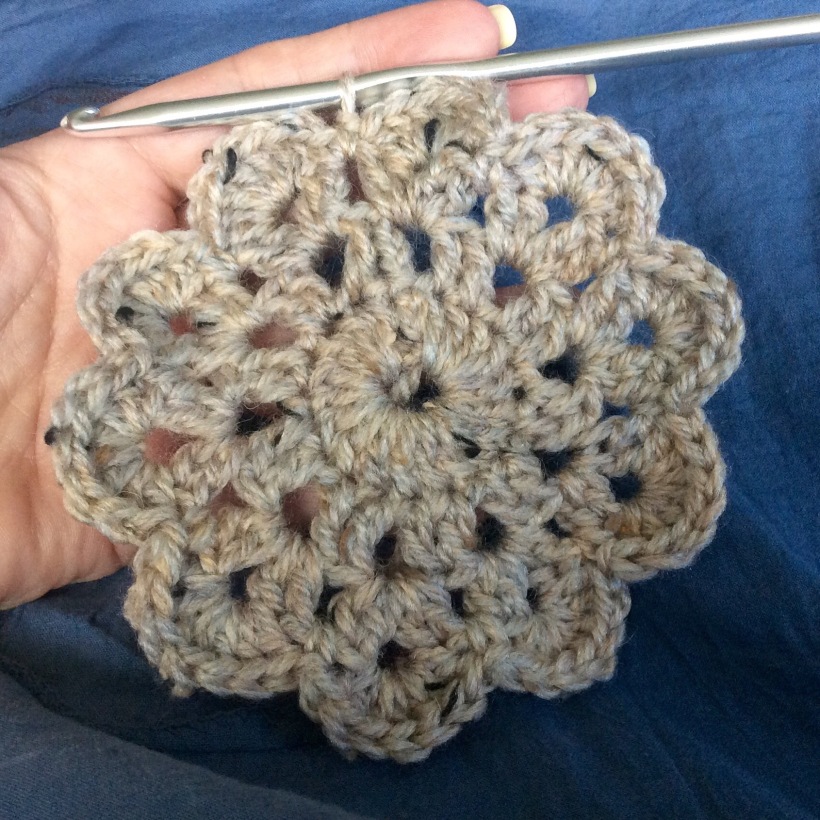 12. After being quoted £5,200 to fit out the other end of our kitchen, I sought a cheaper alternative. This solid oak dresser cost just £96 on eBay and will be painted later in the week. Sacrilege, some might say, but there is more than enough wood in our kitchen, so Bleu Clair by Autentico has been ordered to add a splash of colour. 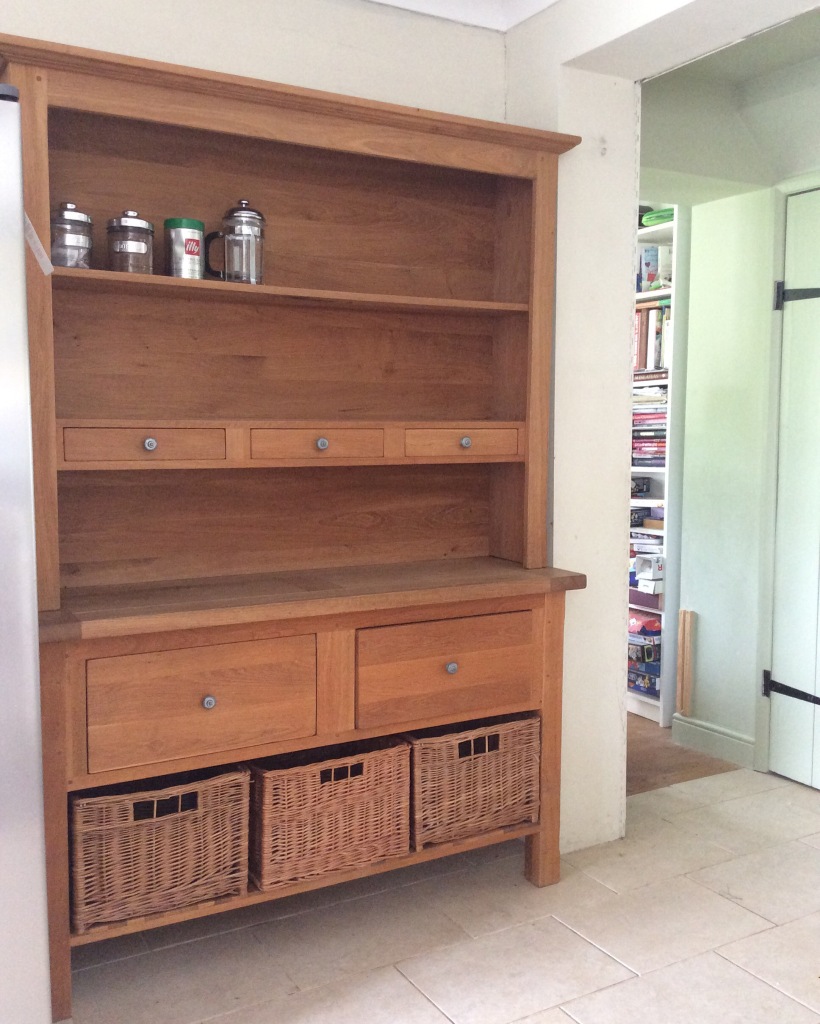 A quieter week than last, I had chance to catch my breath and relax a bit before family came for the weekend. They’ve just begun the journey home – right in the middle of the Glastonbury traffic, so it’s anyone’s guess as to how long it will take them!