Regular readers of the blog will recognise Fifi and Tess, a 14 year old Yorkie and 3 year old Chorkie, respectively.

Here they are in their Winter coats, all long, shaggy and warm. 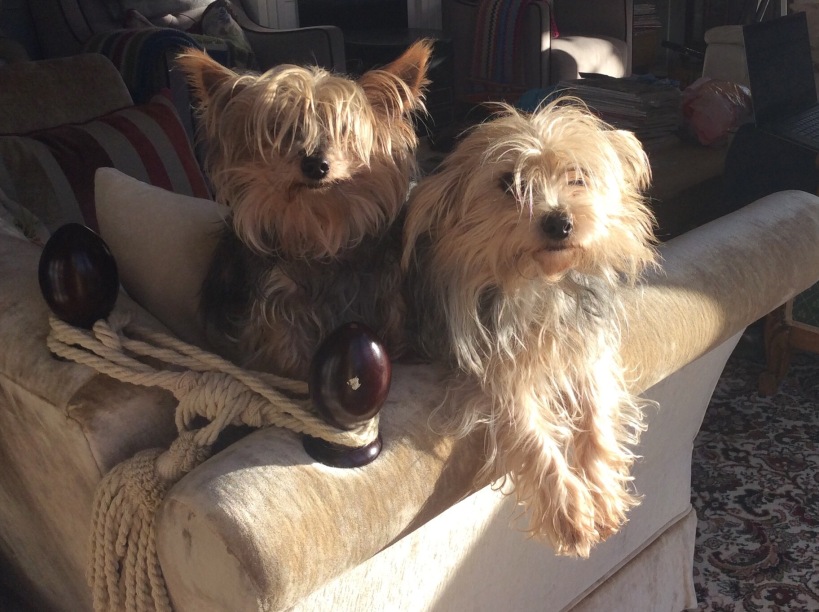 Whilst we were in Spain, my mother looked after both dogs and took them for their annual haircut, and they now look just a tad different! 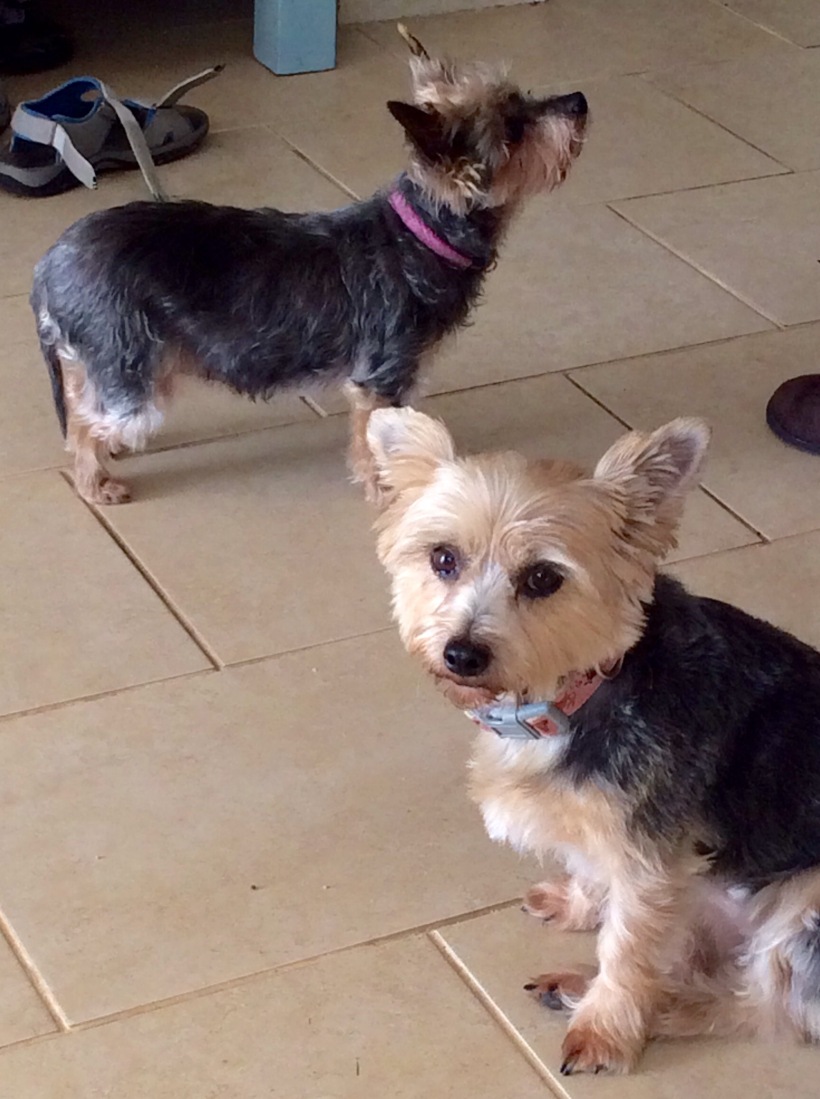 Trouble is, Fifi feels the cold and can always be found sat as close to the fire as possible whenever it is lit.

She has a variety of coats; here is her Winter one. 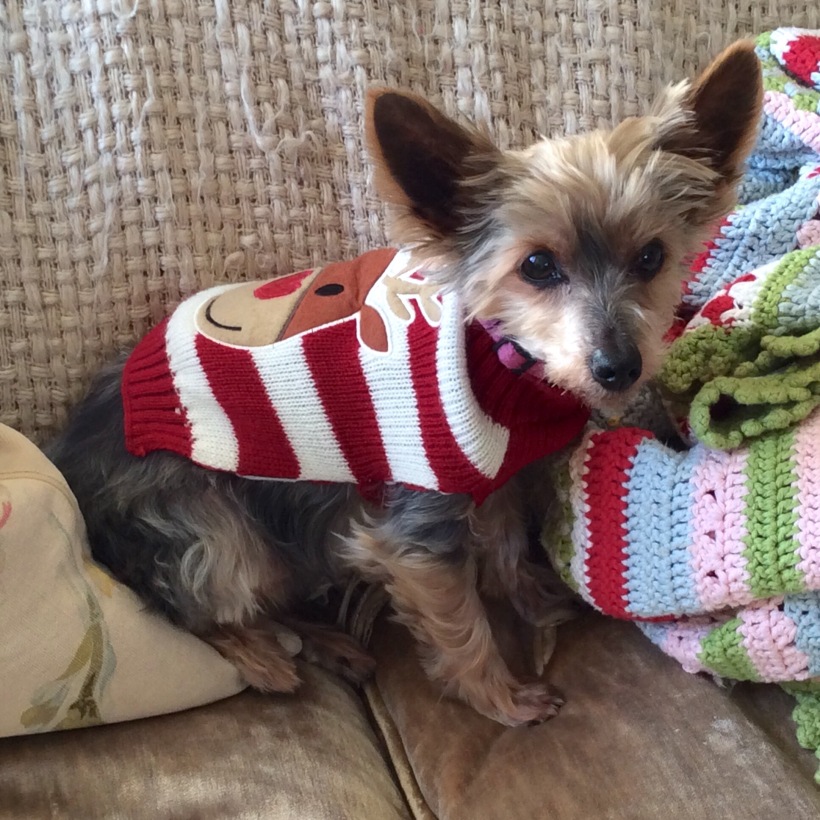 This one was a non-stretch fleecy number, made specifically to stop her licking her wound after an operation. 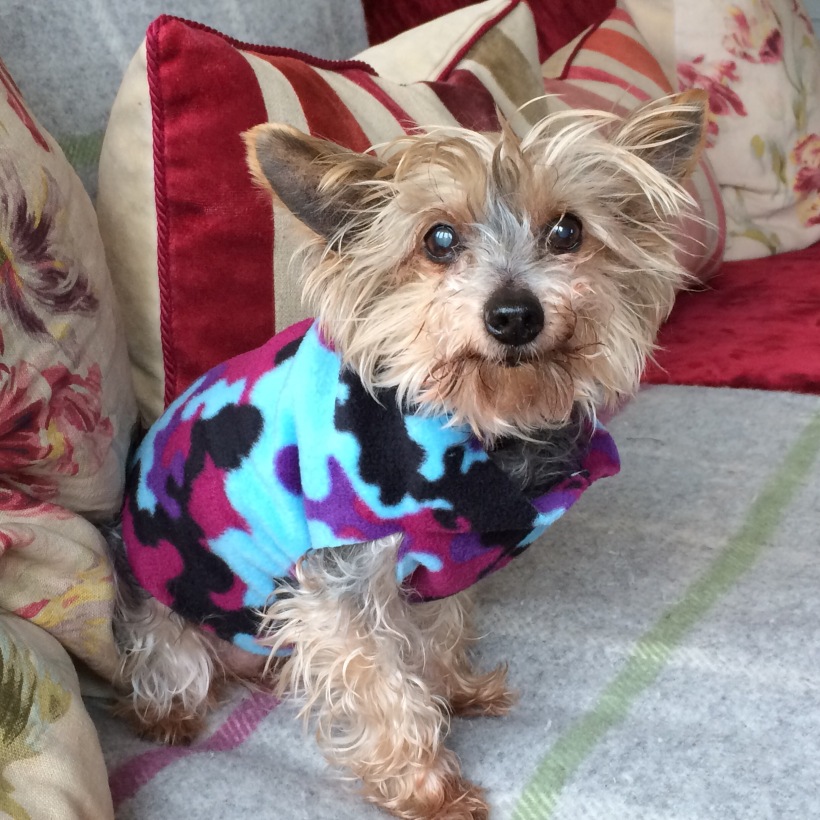 And who can forget this disastrous effort made in rather too much of a rush and was miles too big? 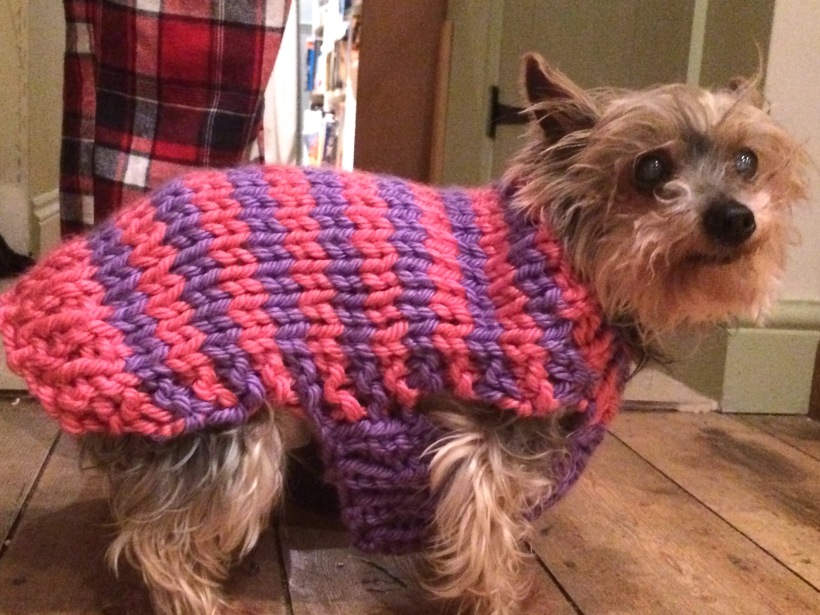 Point is that, no sooner had they had their Summer trim, the weather turned – 14 degrees and rain. For two weeks.

Poor little Fifi spent most of her time curled up in a ball in an effort to keep warm, shivering pitifully. 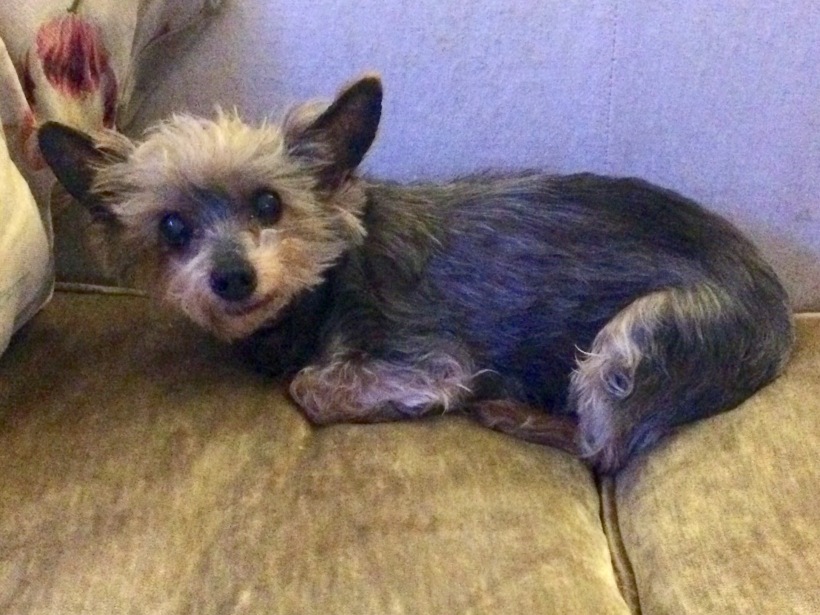 Of course, technically, her Rudolph coat would do the job perfectly well but, quite frankly the excuse to knit up another cute little number from Debbie Bliss’ “Woolly Woofers” in summery colours was too good an opportunity to miss. 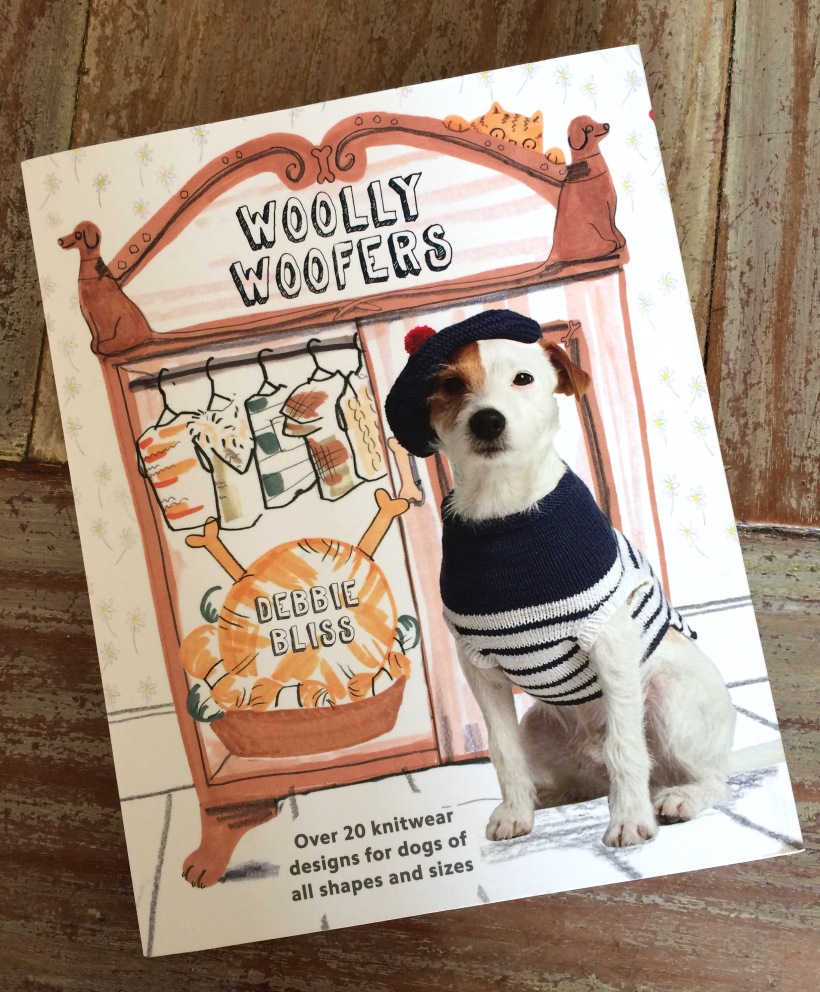 After scrutinising the descriptions and measurements of various patterns, I settled on a ‘tube’ style coat, which would be close fitting and comfortable.

It’s called “Mod Dog” for obvious reasons, but it was the tube style that I wanted, not the Mod design.

Don’t you just love the illustrations? 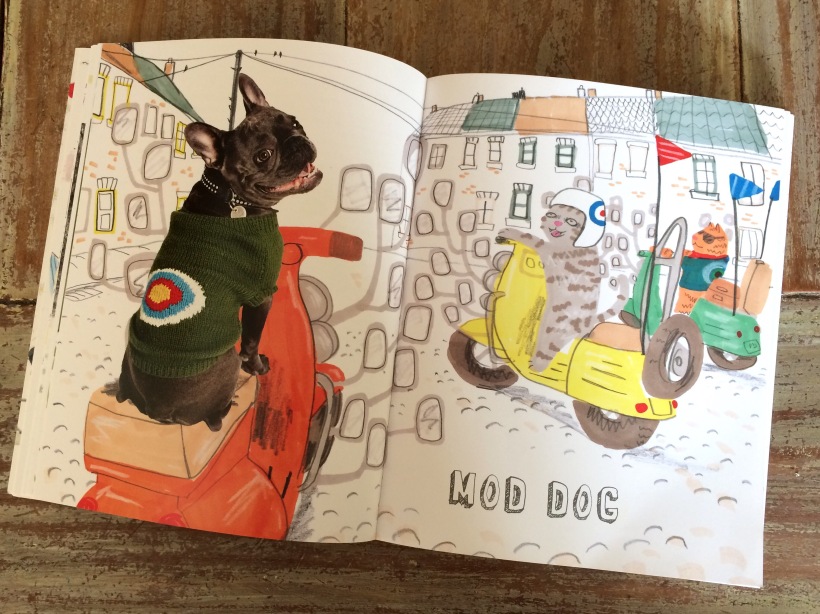 I had the best part of a ball of “Rainbow” double knitting yarn left over from some project or other which would be plenty for this little coat.

Wool Warehouse stock it in a dozen different colours.

I started straight away. Well, it was howling a gale and pouring down outside, so why not?

By the next day, I had finished both the front and back pieces. 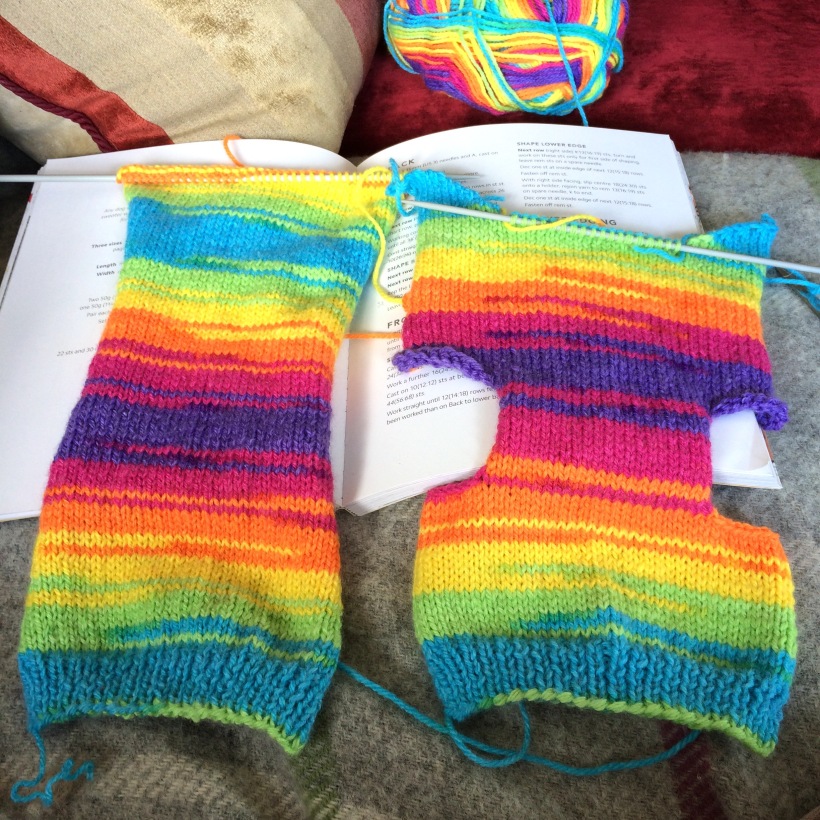 A quick trip to the garden centre later, and I had a set of 3.75mm circular needles to finish the cuffs. 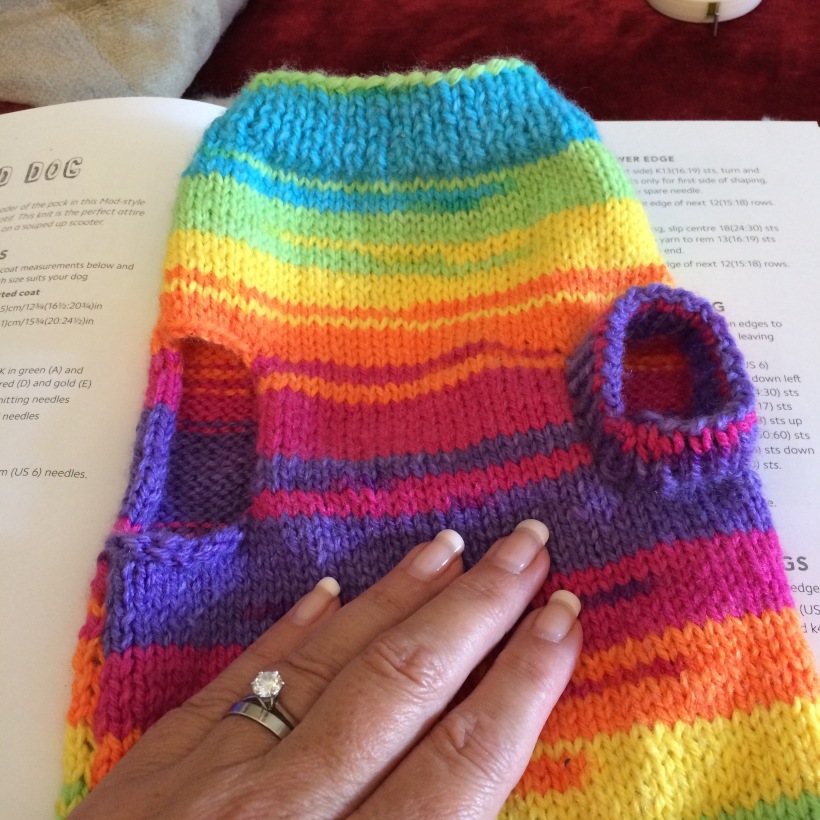 How’s that for a season-appropriate colourway?

I put the coat on Fifi as soon as it was off the needles and she wore it all night without the need to be wrapped up in a blanket. (For “blanket” read “one of Mr H-L’s jumpers”, because he’s so soft). 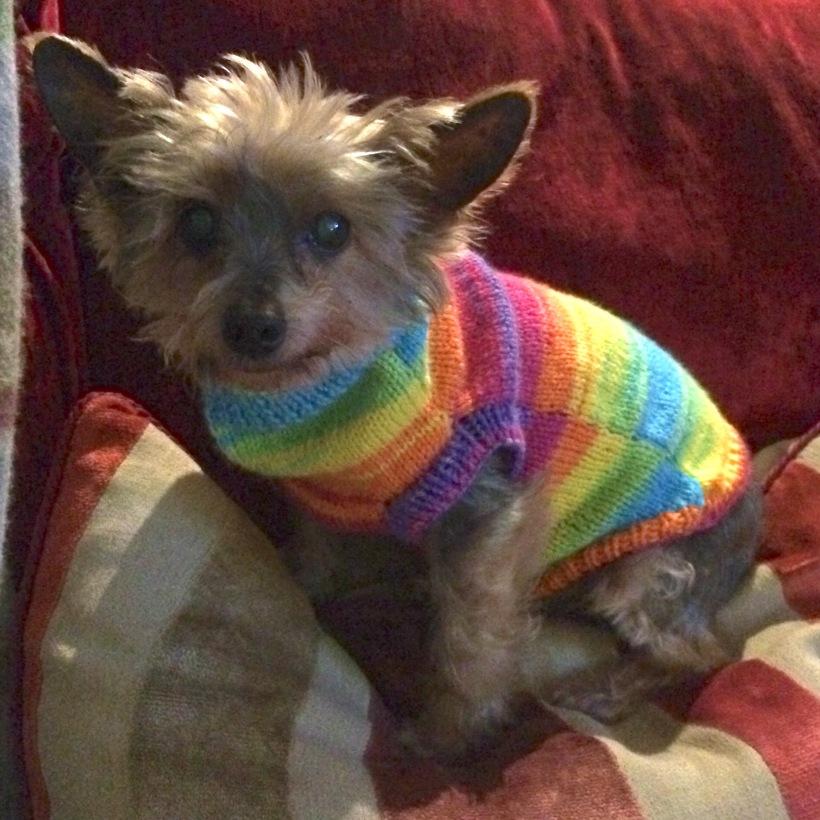 This morning I took some more pictures in daylight to show you. 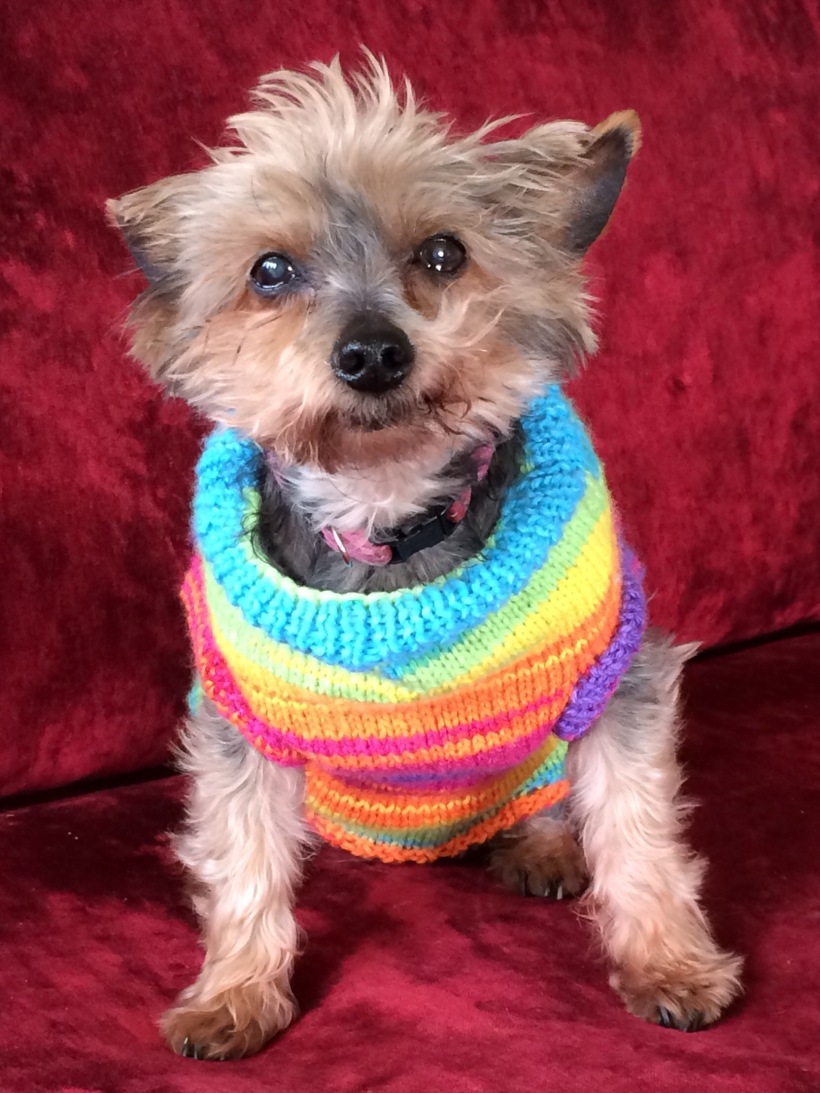 Now she won’t look daft if we go out for a walk, whereas the Christmassy coat might draw a few questioning glances down the pub.

Isn’t it sweet? Although I’m hoping Summer will show it’s face at some point in August, at least Fifi won’t be shivering if it doesn’t.

Perhaps I could make a matching coat for Tess….?