Back last Summer, Fifi had some mammary tumours removed and had to wear the Cone Of Shame for ten days. She hated it for the first few days, then gradually adapted to moving and sleeping with an unwieldy plastic funnel clipped to her neck. 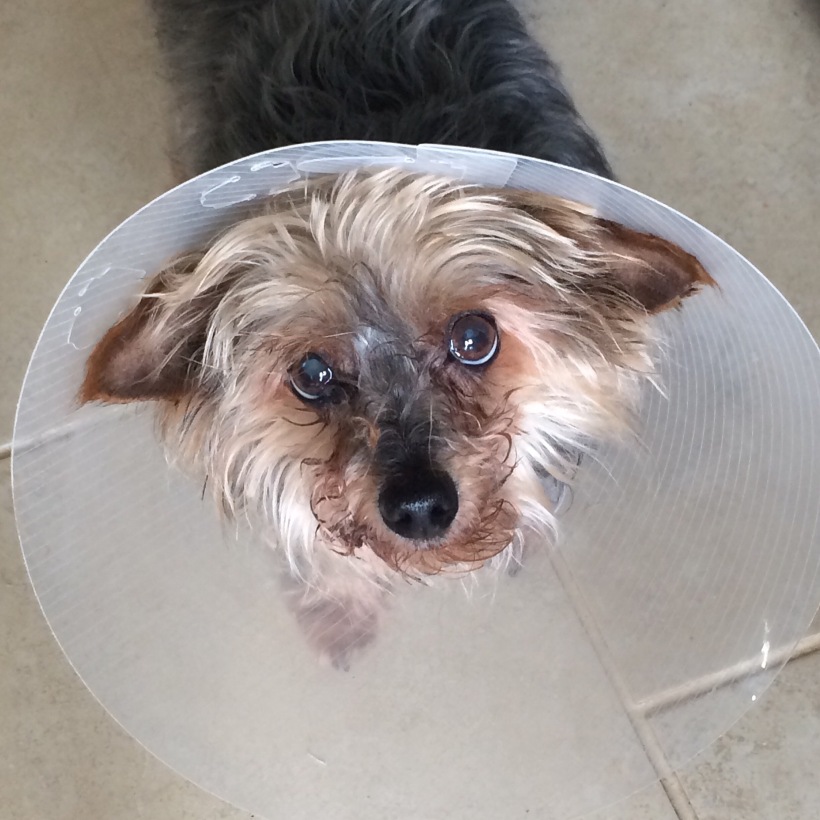 This week, another trip to the Vet meant either another plastic cone, bandaging or some other method to prevent her from literally licking her wounds.

I found some leftover fleecy fabric from a nightshirt that No.3 Son made, and decided to make her a comfy coat instead. Whilst she already has several coats, none of them were long enough underbelly to cover the affected area.

So, for those of you who would rather not put your own dog through the trauma of The Cone, here’s a quick way to make a lick-prevention jacket.

Measure your dog around the widest part of her ribs, just behind the front legs, then add an inch for seam allowances.

Measure from the back of her neck towards the tail, at a point just in front of the back legs (so he/she can still wee easily!).

Cut a rectangle of fabric to these measurements. 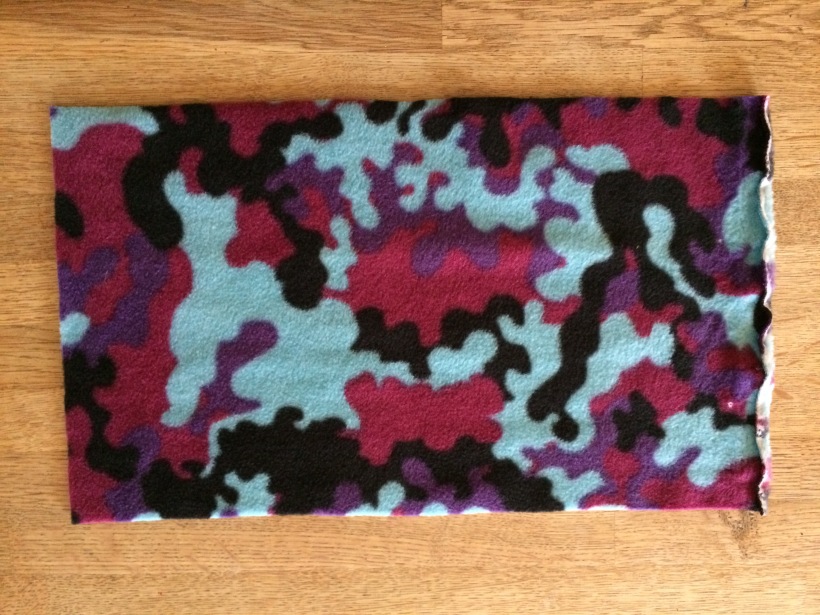 With right sides facing, sew the short ends together with a half inch seam. 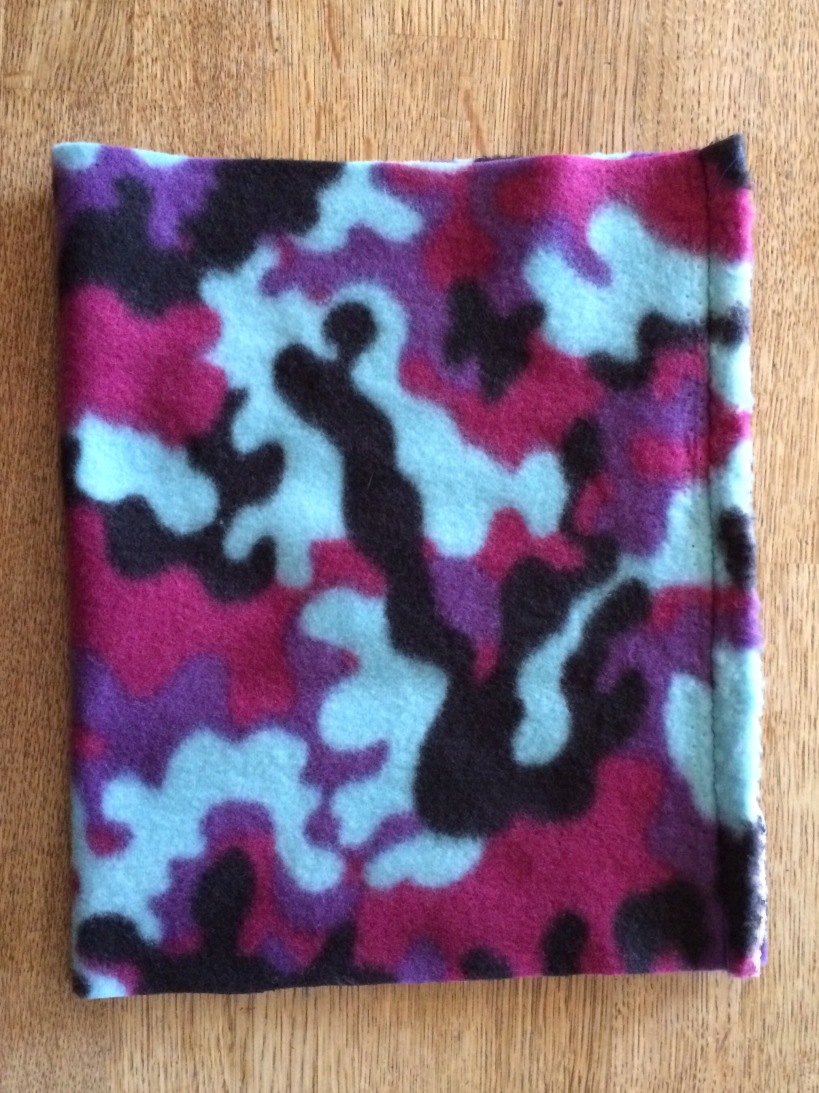 I pressed open the seam and top stitched it flat so there would be no irritation next to the skin. 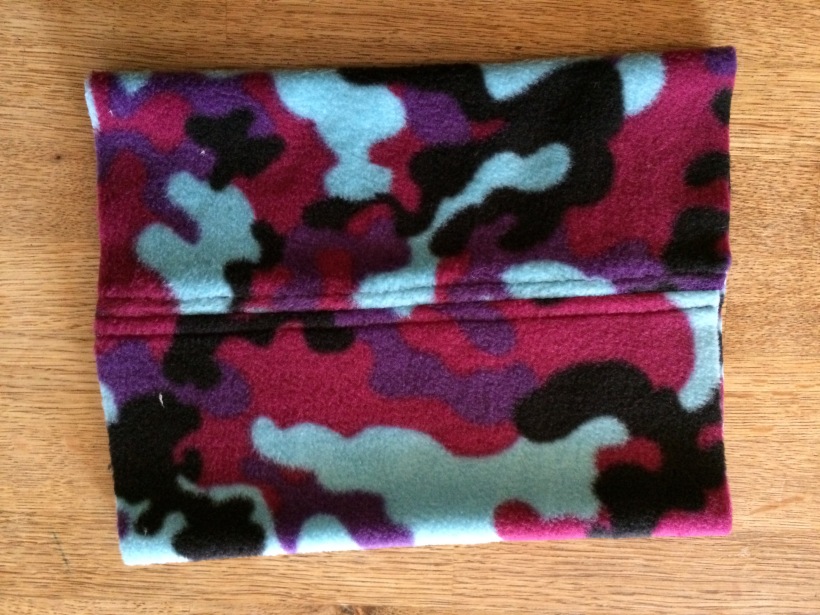 Measure the distance between the front legs and cut two leg holes on the underside. The distance from the neck to the legs will determine how far back these openings are placed. 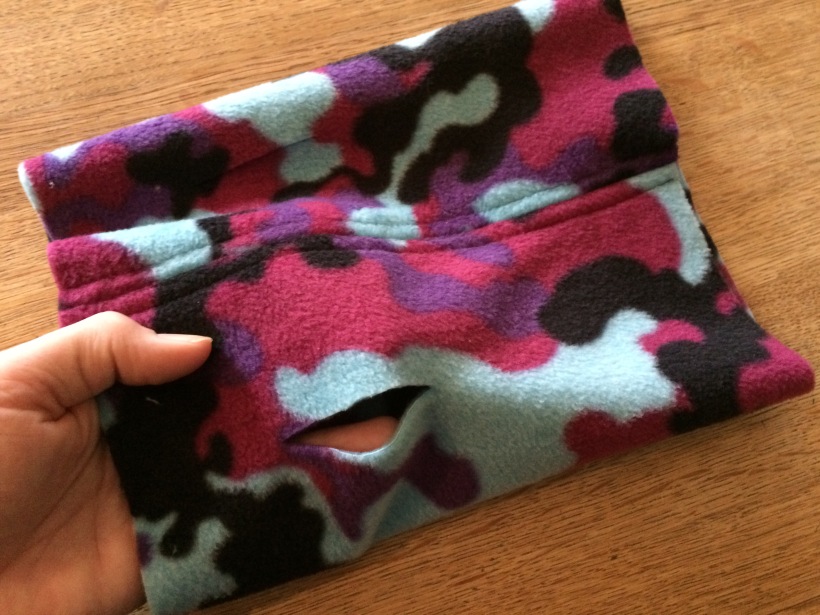 How long did that take? Five minutes at the most, but your dog will thank you for your efforts, trust me! 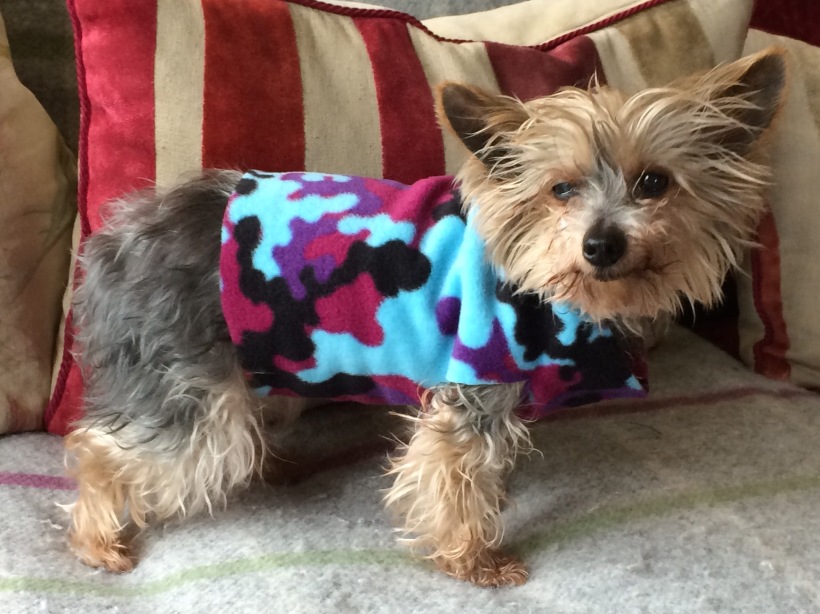 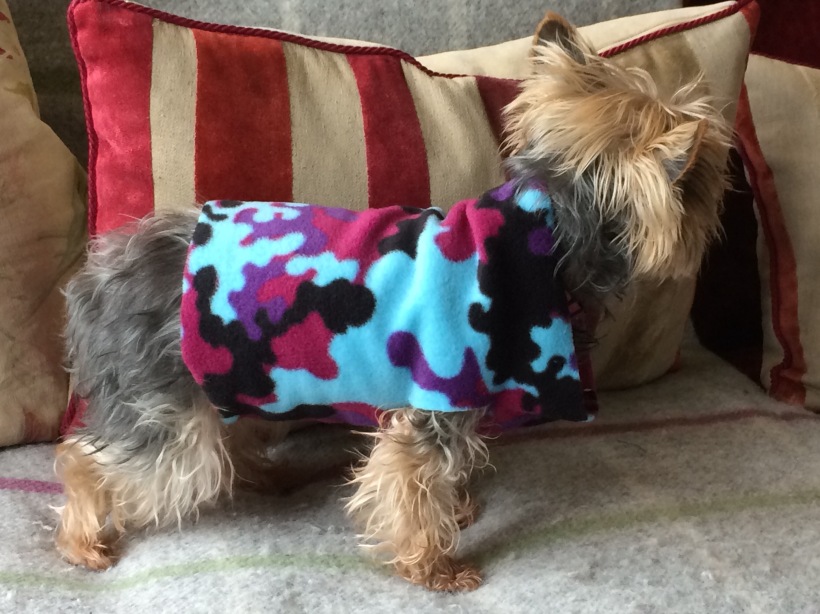 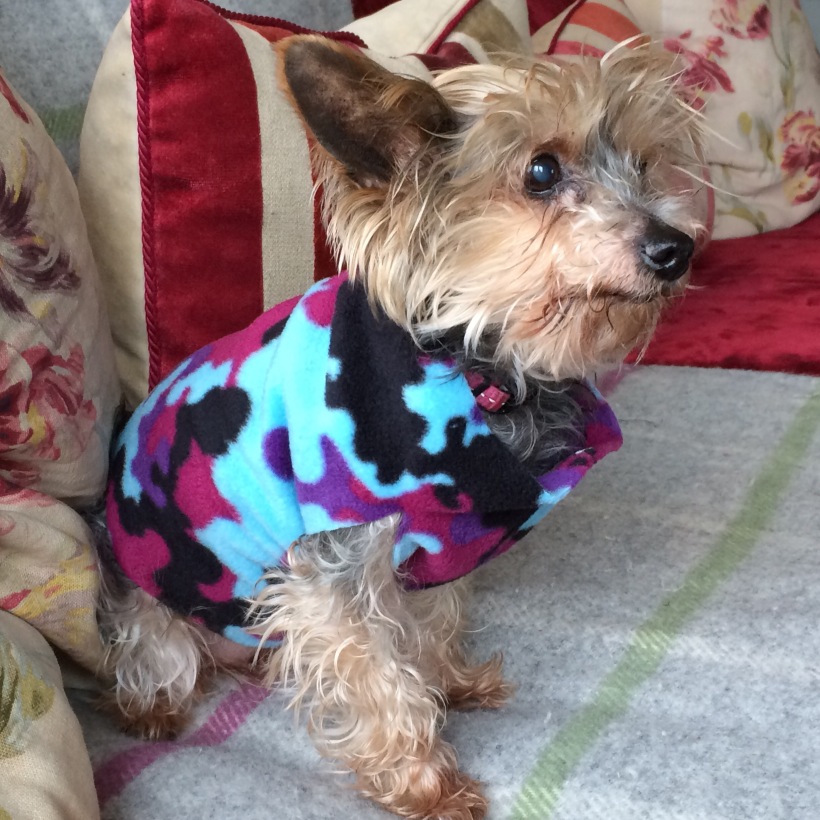 See? She can’t get to her wound because the coat is completely covering it. 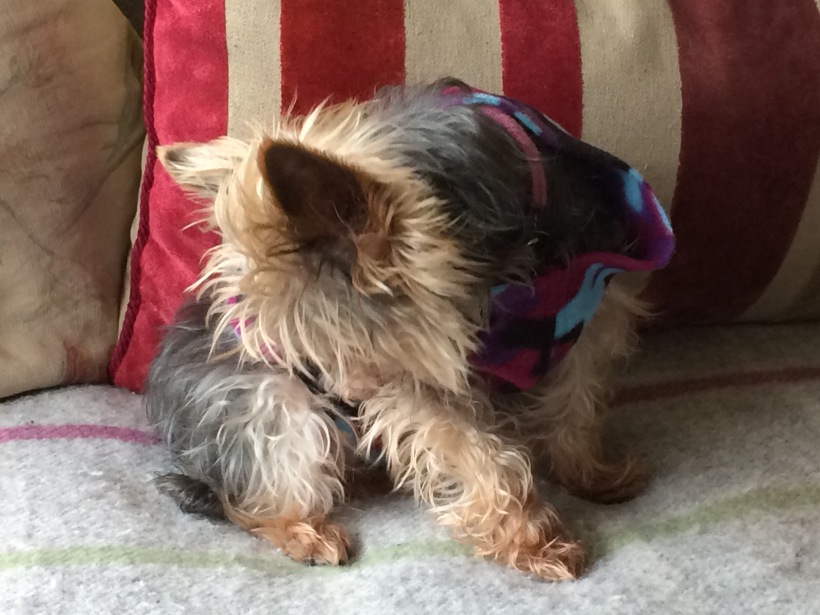 She soon gave up trying and settled down happily.

And we’re happy because: –

a) she won’t keep us awake with her licky sounds all night long – you’d be surprised how loud (and annoying) licking can be in the middle of the night.

c) she can actually get comfortable and sleep, which is virtually impossible when wearing a plastic cone to bed.

Failing the ability to actually sew a seam, just grab one of hubby’s old long sleeve T-shirts, cut it to the right length and make two leg holes in the appropriate place. No sewing needed:)

56 thoughts on “DIY Alternative To The “Cone of Shame”!”