Literally, a flying visit to post a few photos for Sunday Sevens.

Apologies to anyone who may have noticed my absence of late, both in lack of posts and  commenting on others – I have every intention of catching up when things die down a little in the real world. 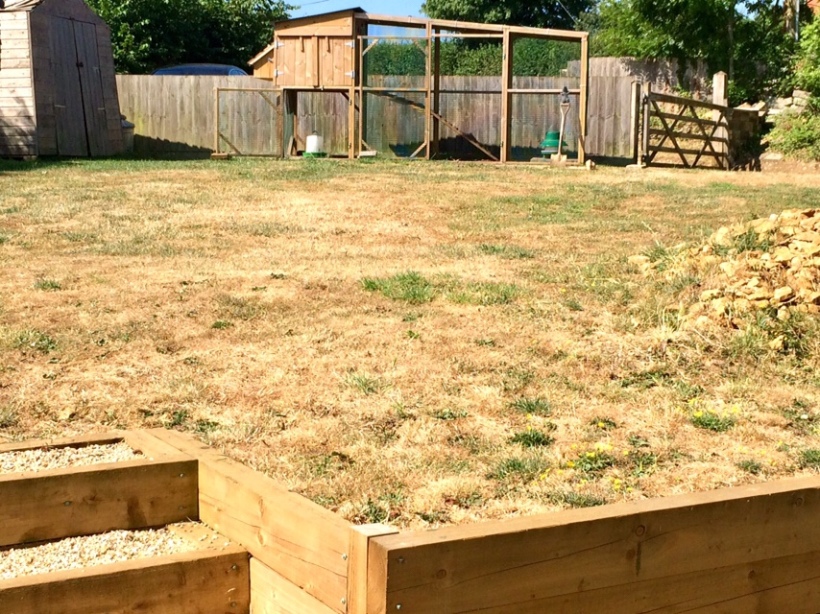 2. We haven’t seen a Summer like this in years! 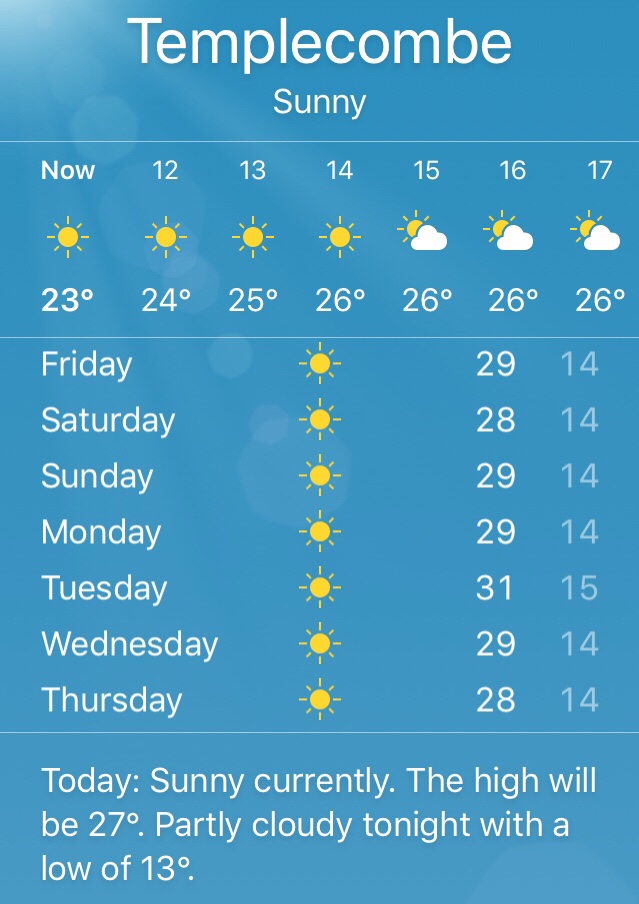 3. With everyone taking advantage of the good weather, my ‘first cousin once-removed’ held her 65th birthday party outside in her farmyard. 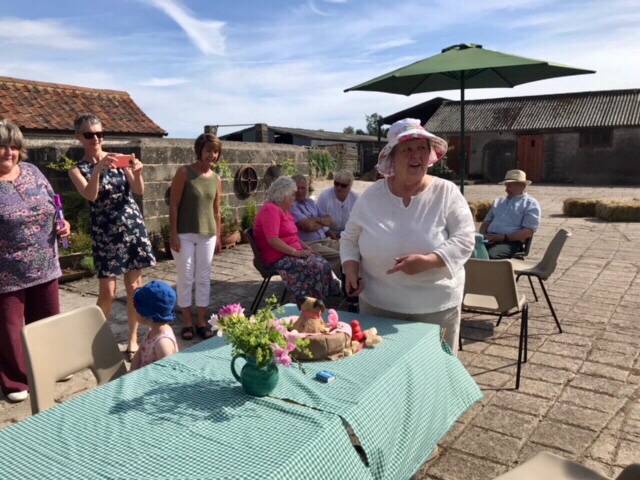 4. Cock staying cool in the little bit of shade in our garden. 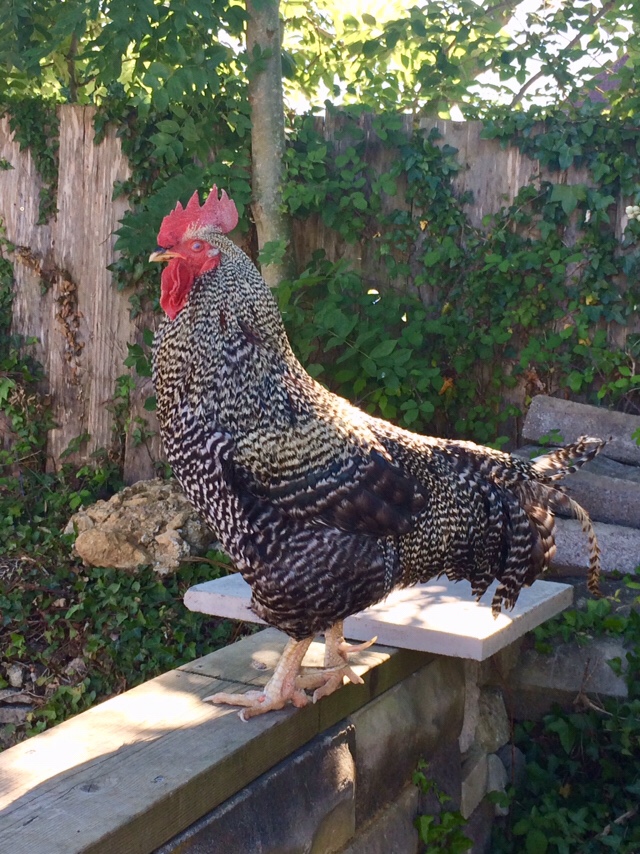 5. A nice cooling pint in the beer garden of The White Lion Inn in nearby Bourton. 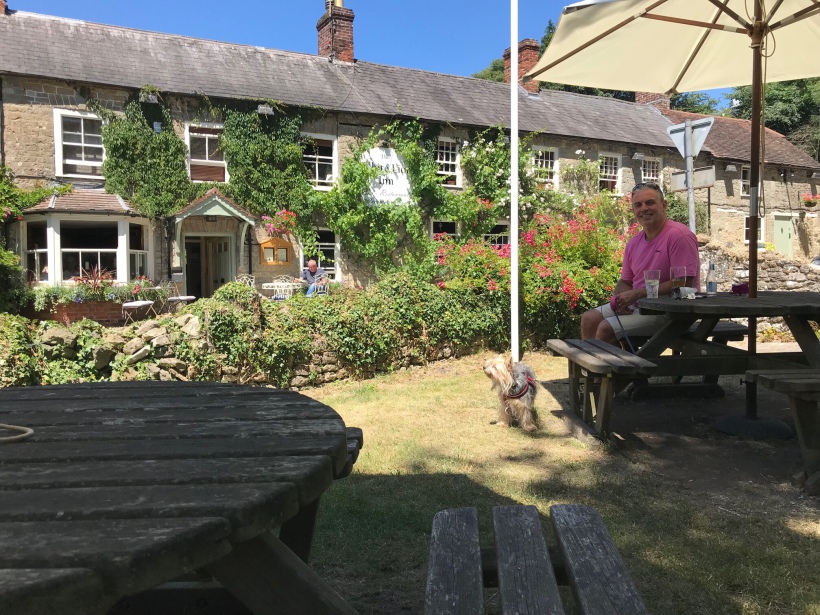 6. Mr H-L took a picture of the loo roll holder in the pub’s toilet….. 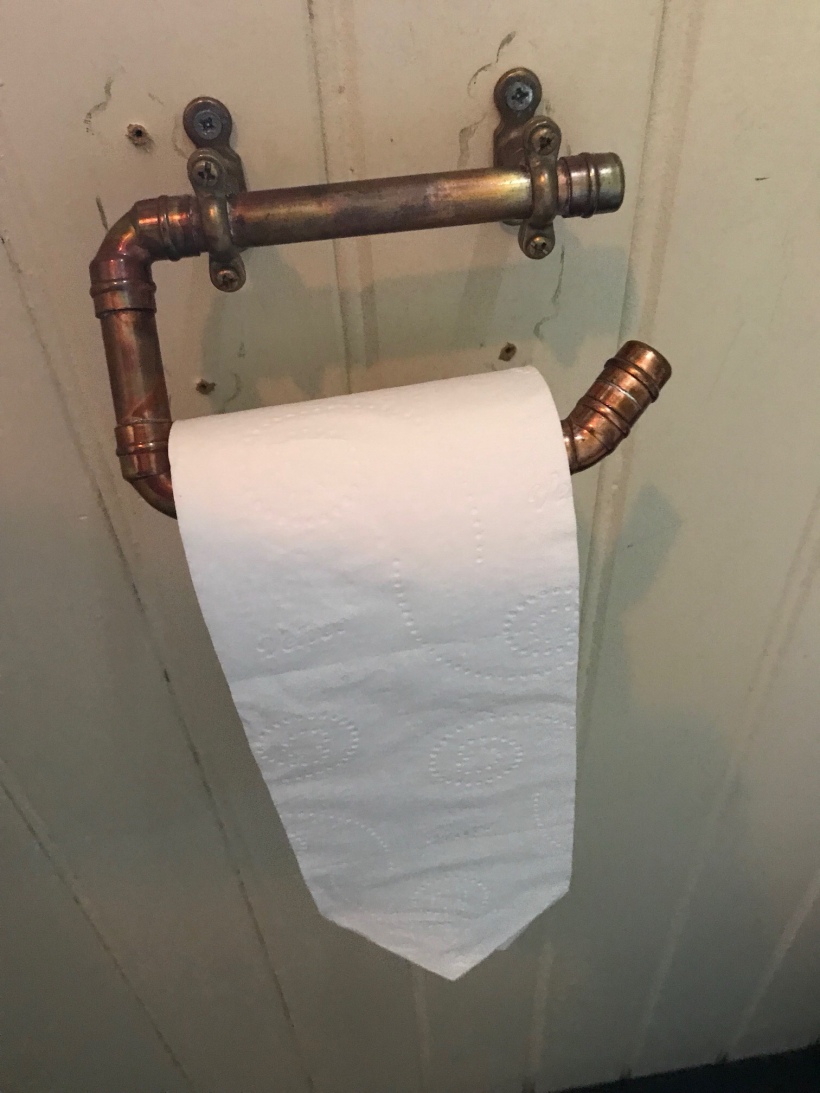 7. ….thought his daughter’s fiancé might make us something similar to go with the lamp he made us for Christmas! 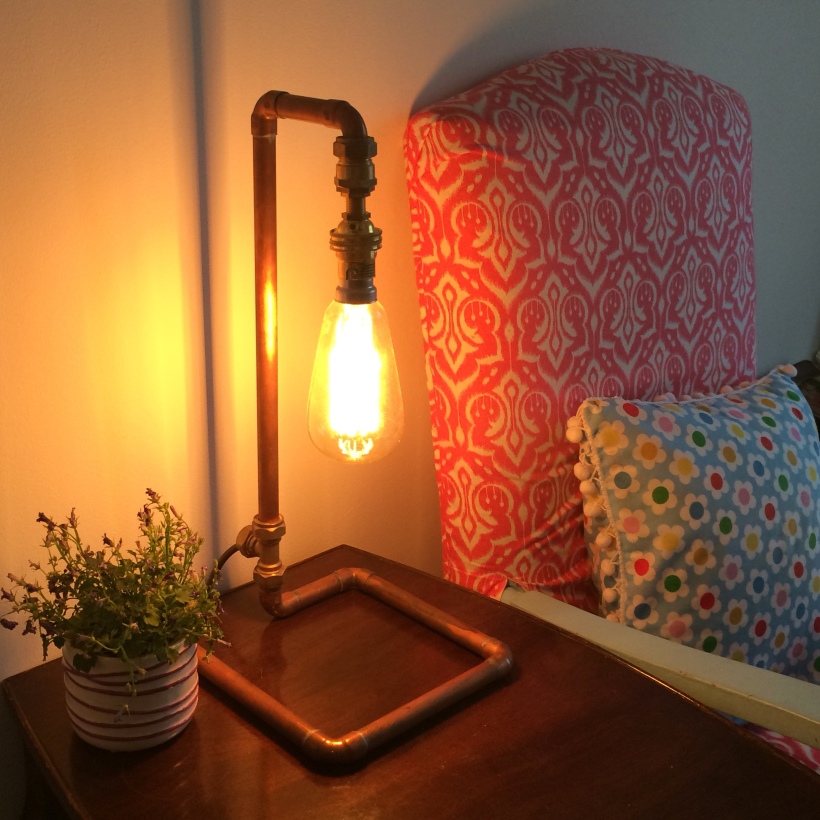 8. No.3 Son sang with his school in Wells Cathedral. 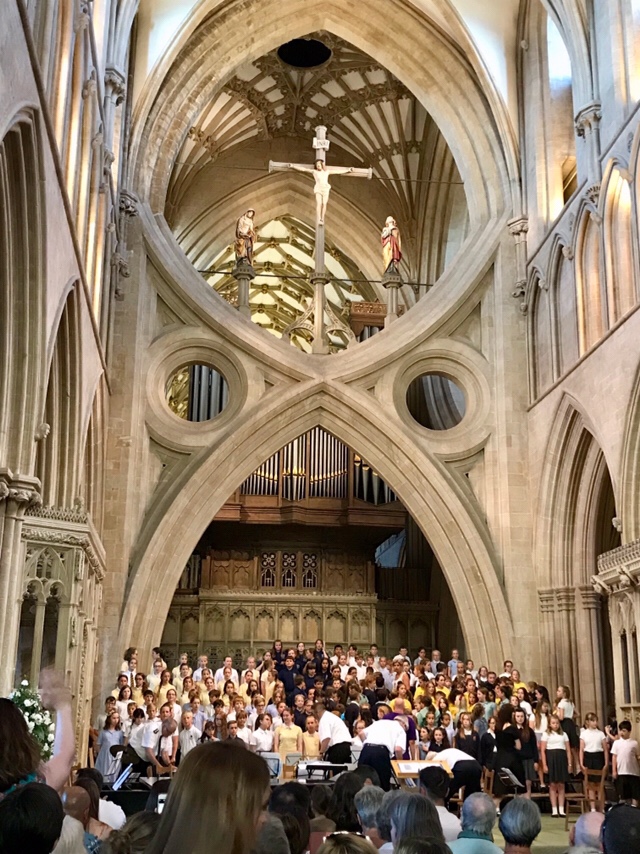 9. The Husband had to go to Munich on business for a week. 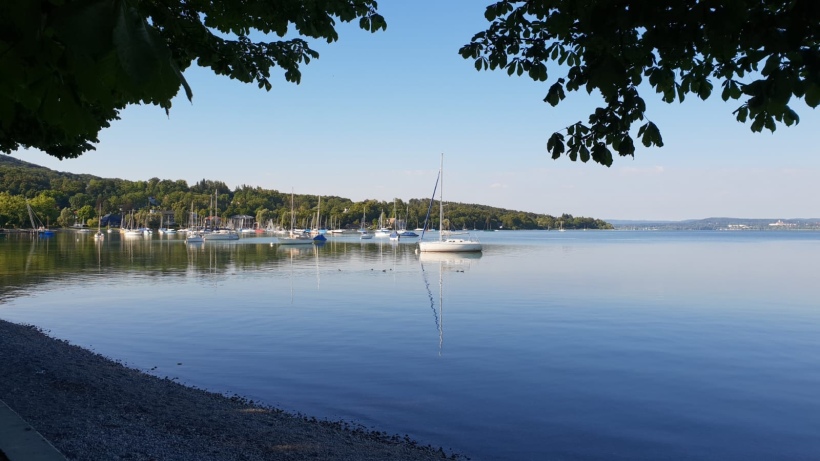 10. It’s just been too hot to slave over a hot stove, so I took No.3 Son out for supper one night. 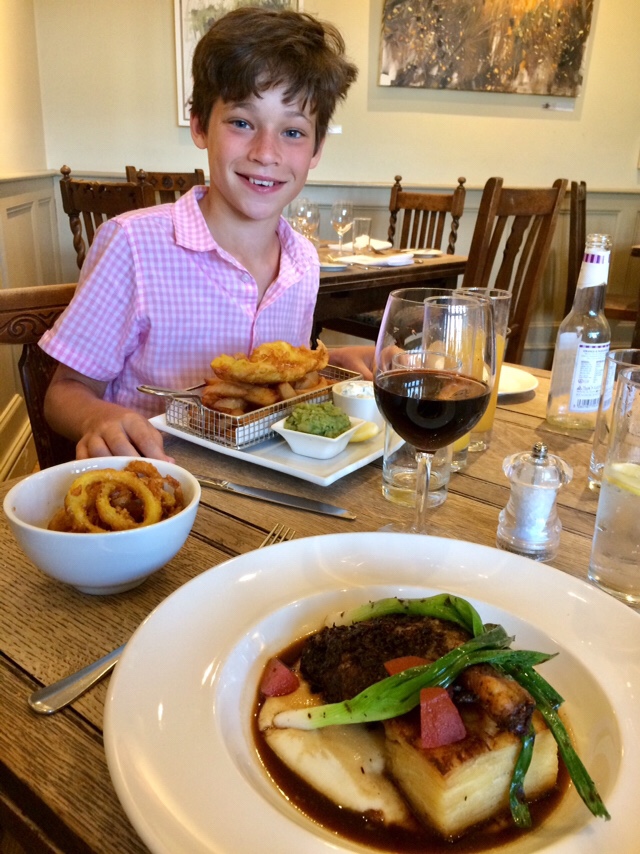 11. Much too hot for a traditional English pudding, too, so our B+B guests had to make do with homemade chocolate mousse and biscotti. 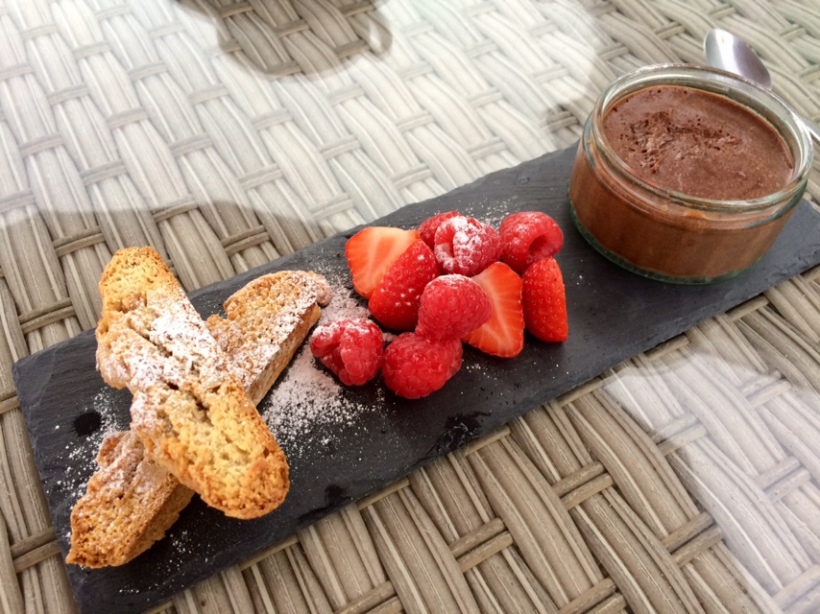 12. My Eldest invited us around for supper. 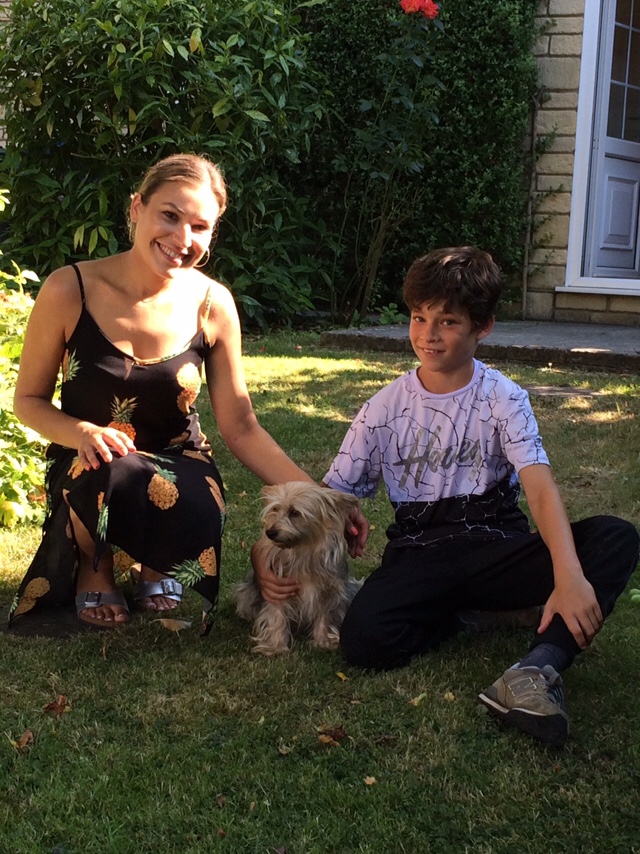 13. No.3 Son loved having her pet mouse curled up on his shoulder. 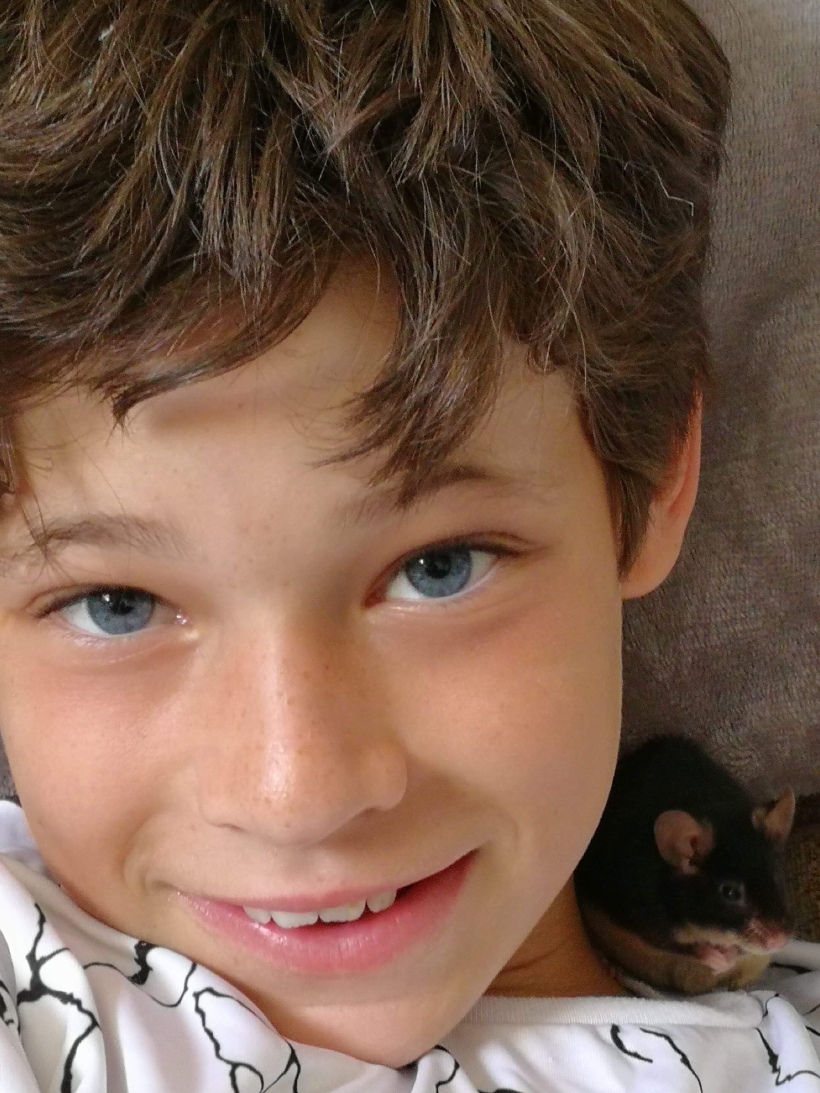 14. His sister swapped shorts with her brother, No.2 Son, who is twelve and they fitted her perfectly. She’s 27. 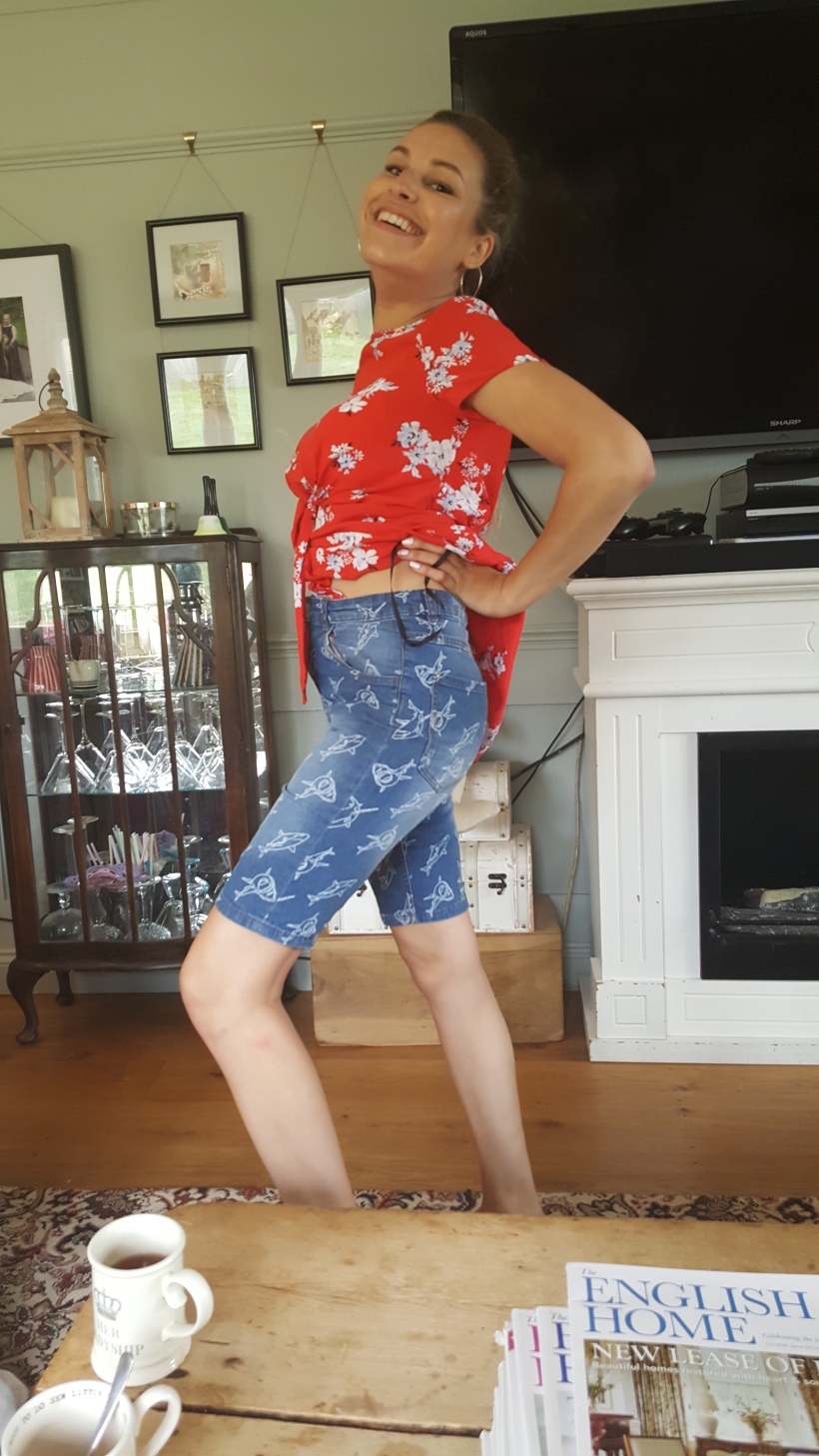 15. My Auntie came over from Spain to stay with us and we all went out for a meal at The Stag’s Head in Yarlington. 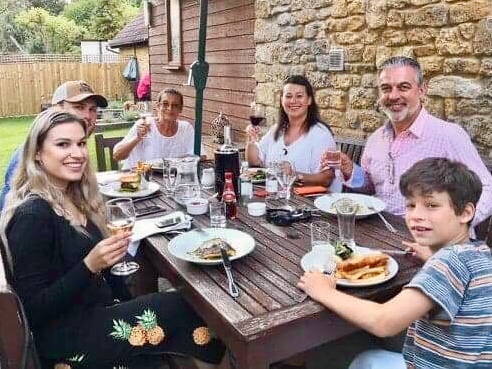 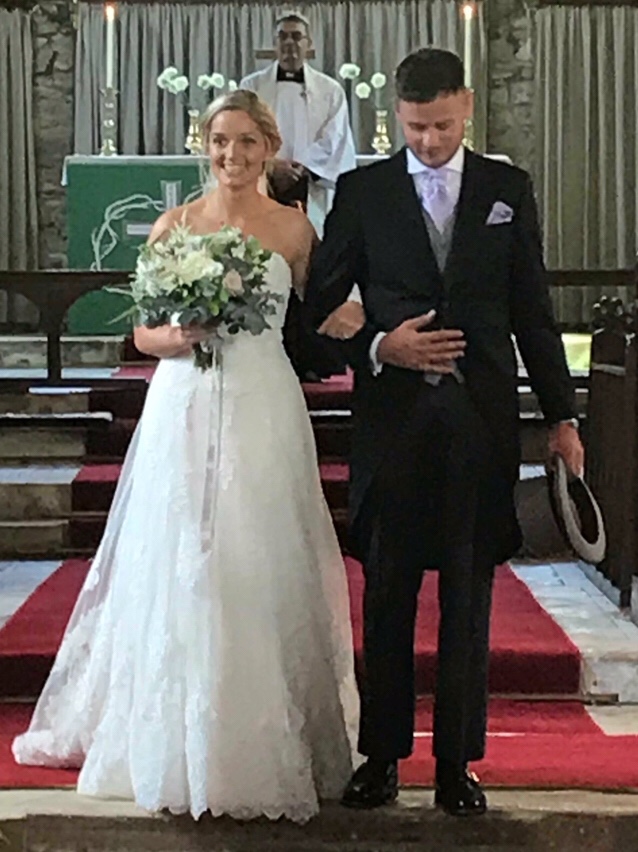 17. The following day he had a birthday party to go to himself and had the time of his life go-karting. 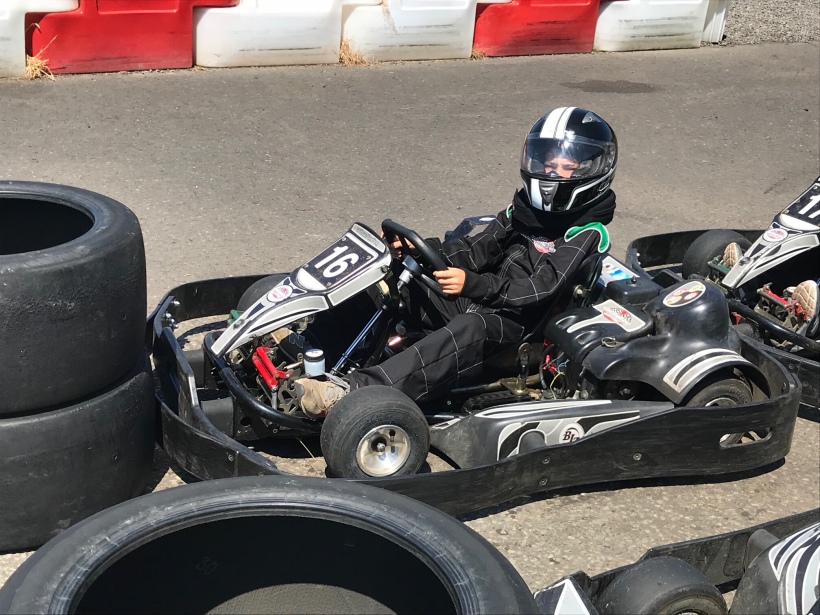 18. Meanwhile, I utilised time alone without the Mister to go over the hall, stairs and landing with a fresh lick of paint. 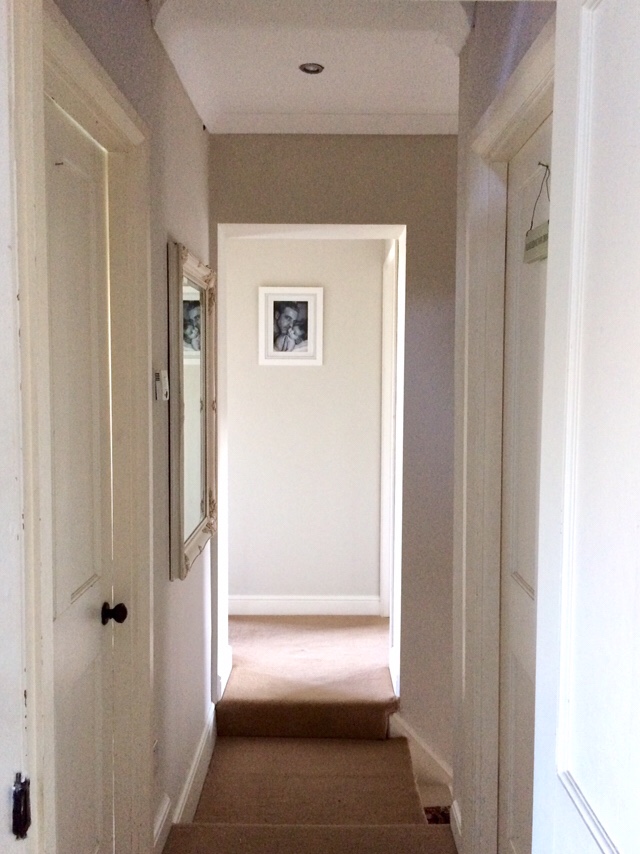 19. The stairwell is tall and narrow with very little natural light so tends to be quite dark and more than a little boring compared to the rest of the house, as I was lacking inspiration as how best to add interest. 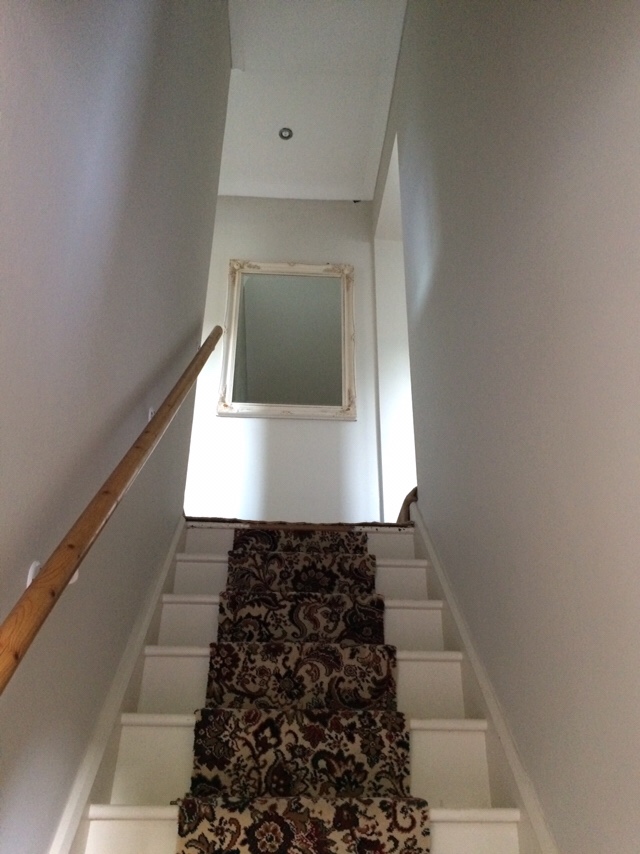 20. Then I had a lightbulb moment and added a band of colour to match the front door and hung some pictures all the way up. 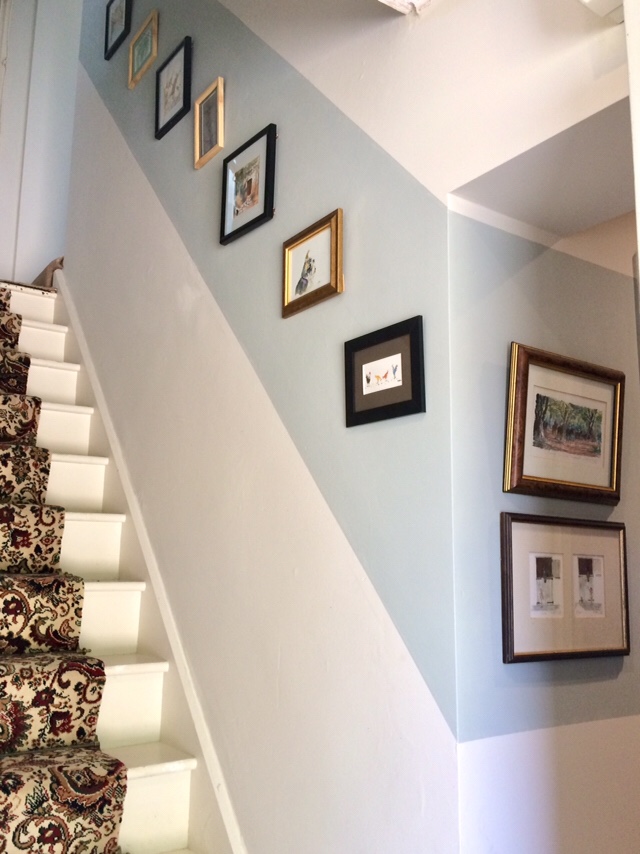 21. The mother of the little girl who won the doll put these cute photos on Facebook. 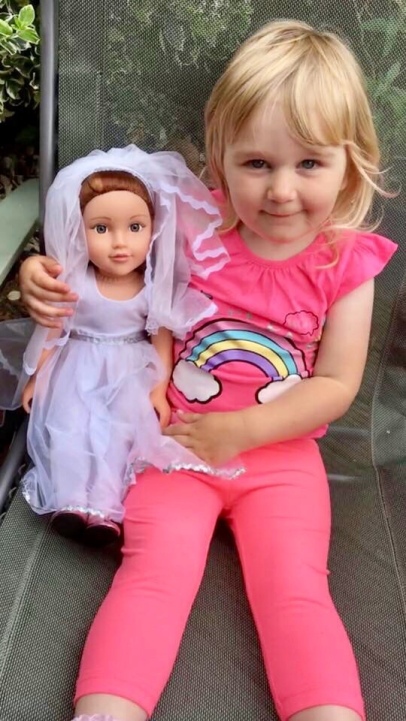 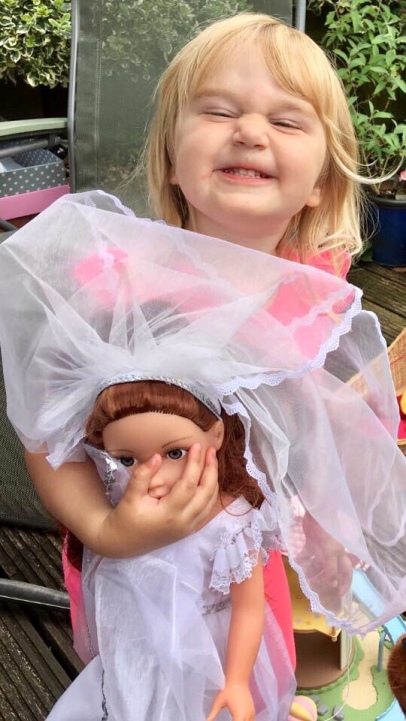 22. I had to show you this photo of one of my students who is showing off the shorts she finished in class this week. 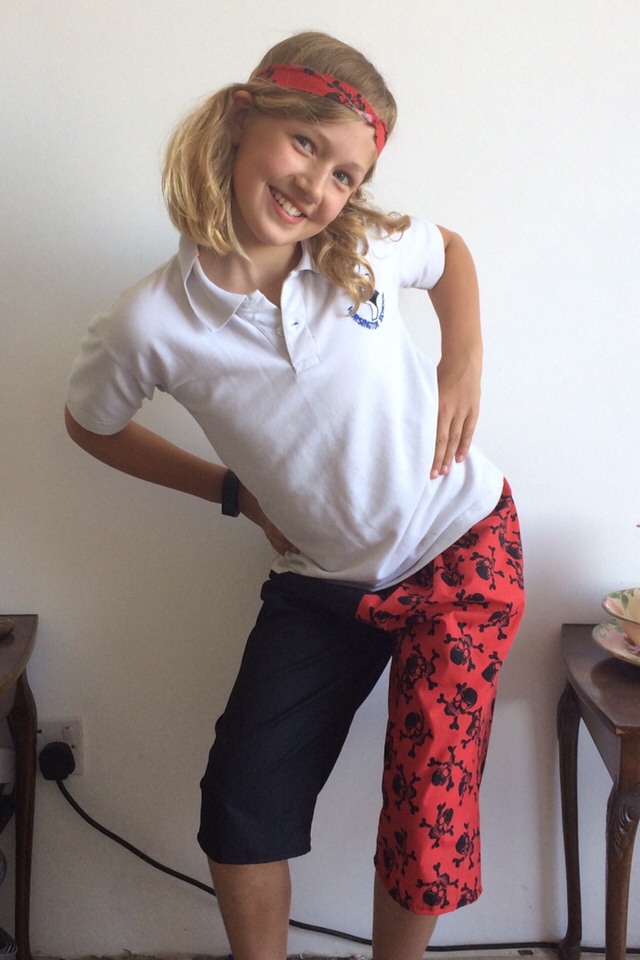 23. Finally, despite starting The Wedding Blanket back in January or February, I still didn’t finish it in time for the big day last Friday. Luckily, the newlyweds are honeymooning for a week, so I can complete the border and send it to their house for them to open on their return. 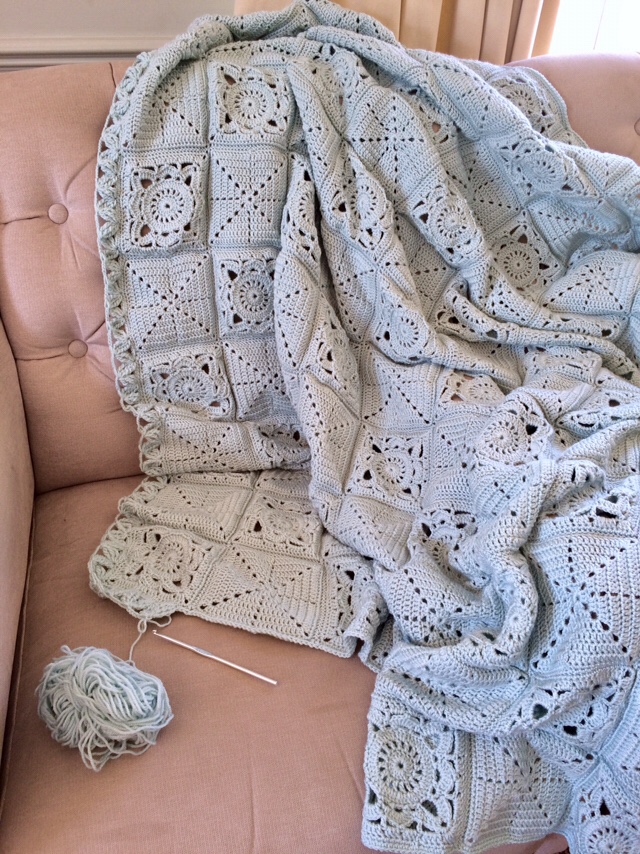 For all those asking about our planned move, negotiations are ongoing with the National Trust and the Listed Buildings officials, but are looking positive, if more than a little long-winded and stressful. It’s still not a ‘No’, so fingers crossed and watch this space!