I haven’t abandoned you completely, just put my online activities on the back burner whilst sorting out Real Life, but thought it was about time to post an update to those of you who are interested.

Sooooo much has happened over the Summer that I couldn’t possibly share even ten per cent of it, so I have cherry-picked just a few photos to give you a taste of what’s been going on.

1. At the beginning of August we ventured over the bridge to spend the weekend with No.1 Son and his girlfriend in Wales. We were treated to a family barbecue where we were delighted to meet his girlfriend’s family for the first time.

2. It was also the first time we met their eight week old Dachshund puppy, Gypsy, who is completely and utterly gorgeous!

3. Whilst in Wales, we took the opportunity to spend the day at St Fagan’s National Museum of History…on the hottest day of the year. What an amazing place! If you’ve ever considered going, I couldn’t recommend it more.

4. Do you recall that No.2 Son had a commission for a crocheted cushion? Well, he finished it. 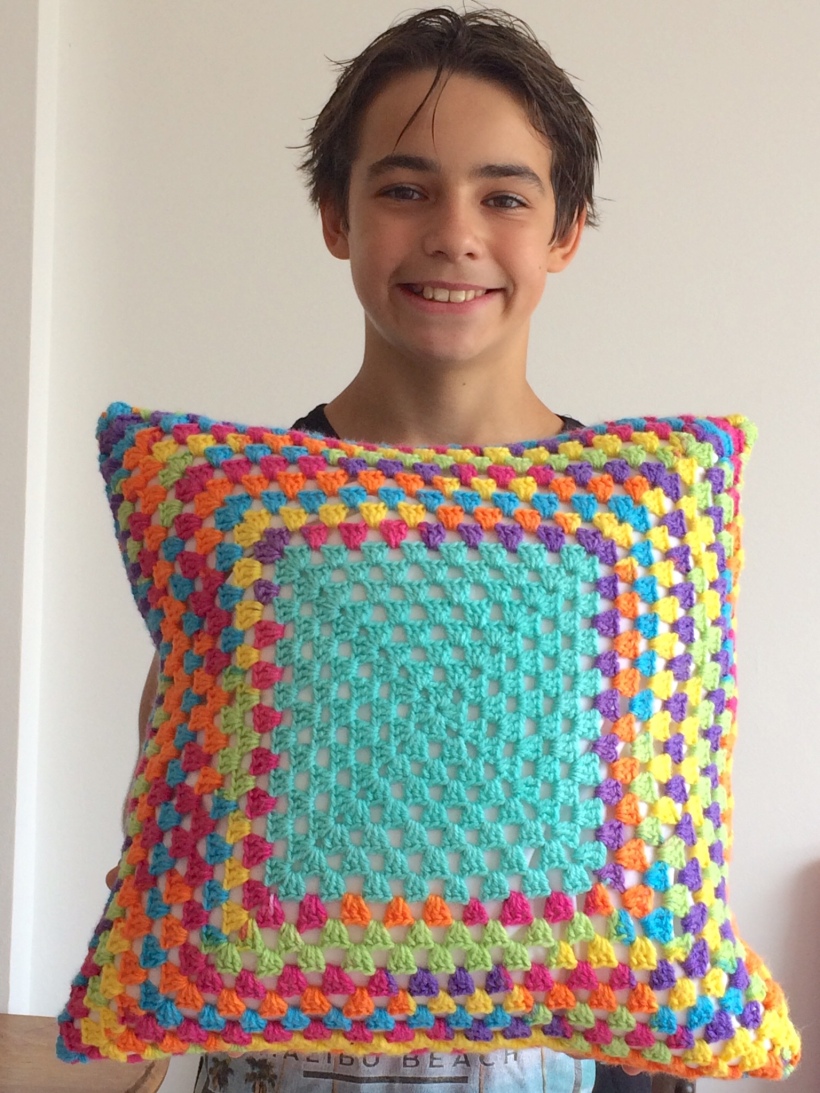 5. He even embroidered a label for the reverse for that personal touch.

6. Very neatly stitched, directly over a tracing of his own handwriting. 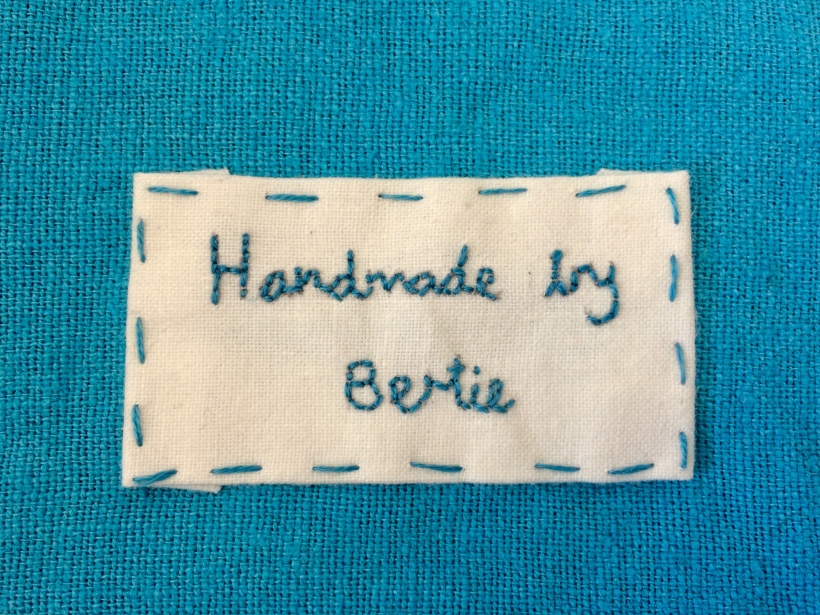 7. All things handmade are highly prized in our household, so I shouldn’t have been surprised when he asked if he could spend his commission money on a bespoke pen in the form of a rifle. 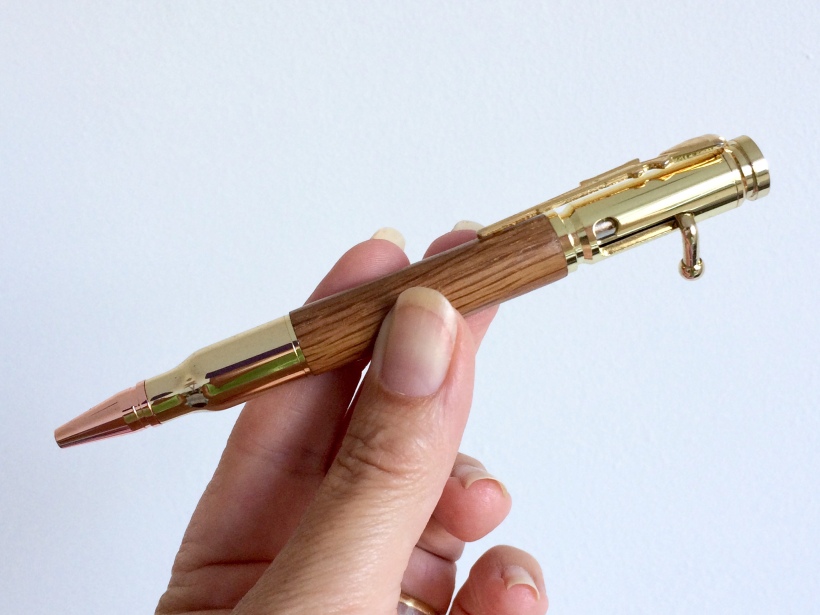 8. He bought it from one of the many, what I call ‘proper’, craft stalls that were under marquees in the museum grounds. Here’s a photo with the artisan woodturner, Immy from Immy’s Woodcrafts. 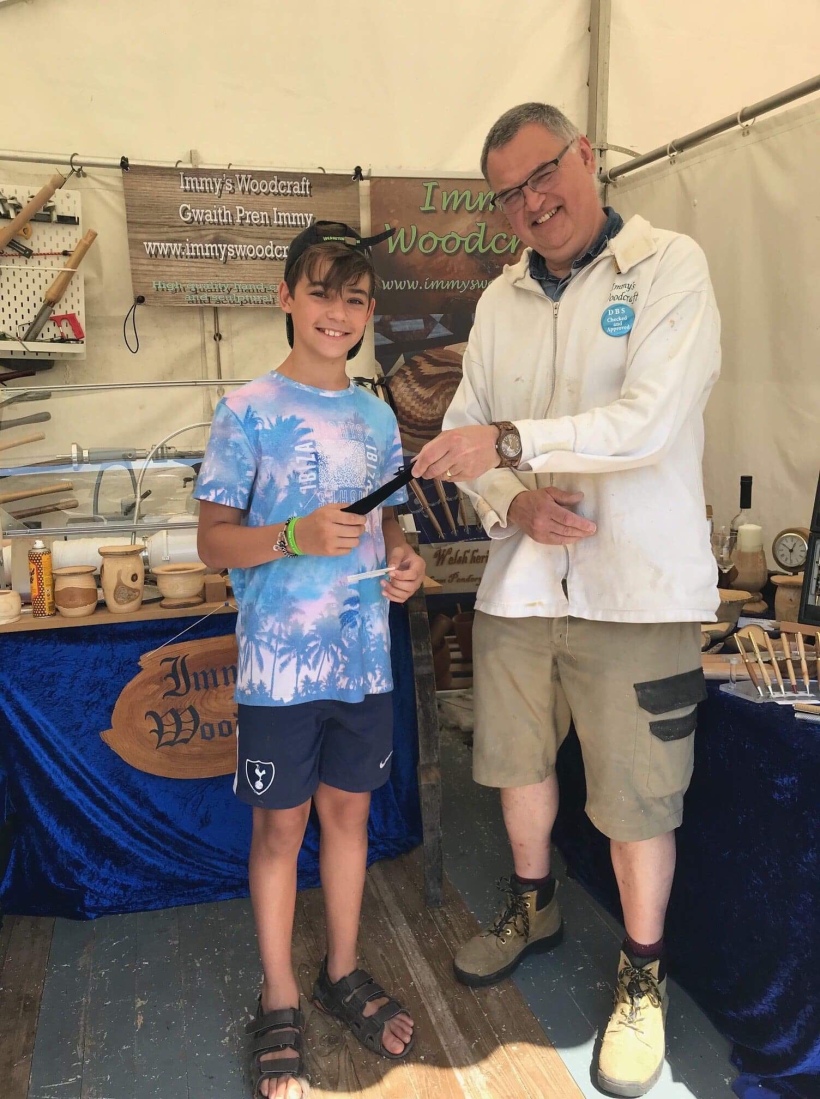 9. Meanwhile, No.3 Son turned his hand to a spot of pot-throwing and had his very own creation to take home with him at the end of the day.

10. We spent a few days down in St. Columb Minor, Cornwall with family, where my cousin has this lovely holiday cottage. They also rent it out here. 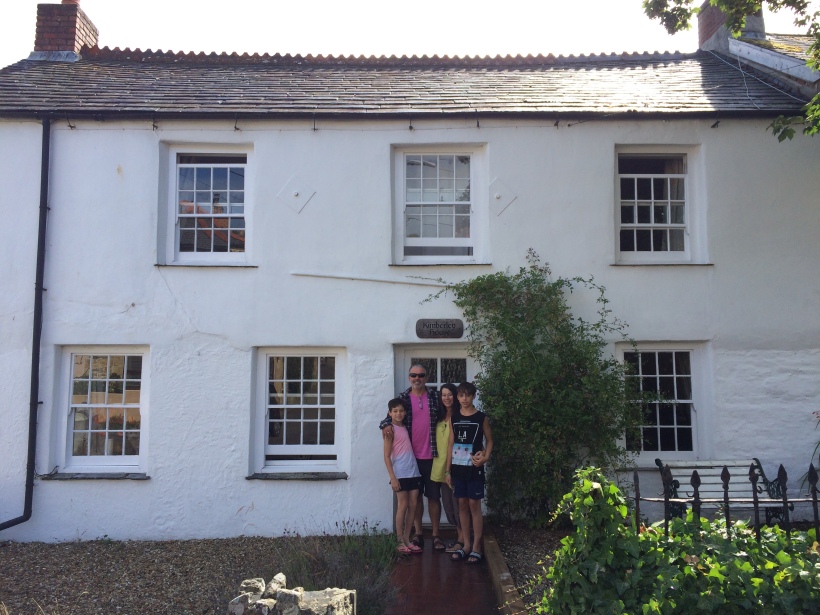 11. Whilst in Cornwall we took The Boys to Paulos Circus. My, how times have changed – not an animal in sight, but lots of incredible acrobatics and the obligatory (non-scary) clown. Great fun all round and The Boys seemed to love it.

12. Back down to Earth with a bump – The Boys are helping us to renovate our London flat after a bad tenant moved out. 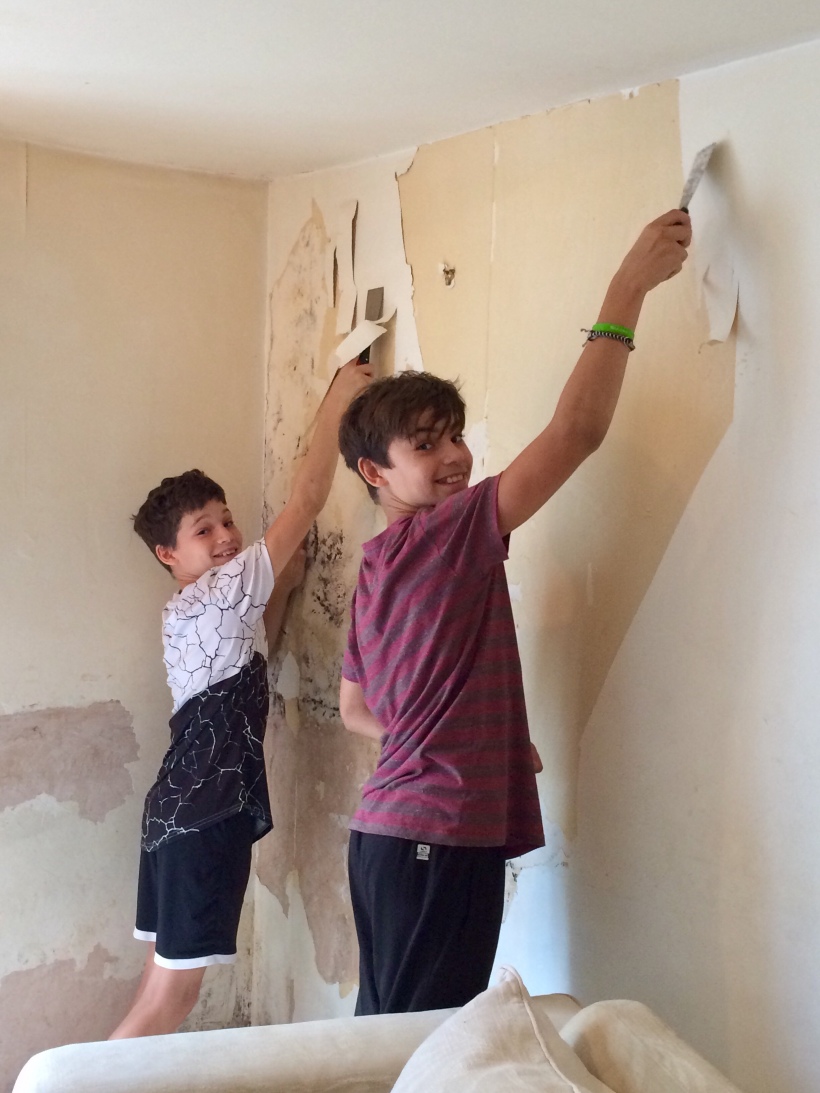 13. Not helping, but keen to be close to the action.

14. At least we had a camping trip to Exmoor to look forward to later the same week. Such a familiar part of my life so far, yet it seems weird that we’ll be living there permanently in a few months time, instead of just visiting.

Fact: Exmoor ponies are one of the oldest equine breeds in the world and are mentioned in the Domesday book in 1086. They still roam in semi-feral herds on Exmoor today – here are some I came across whilst there. 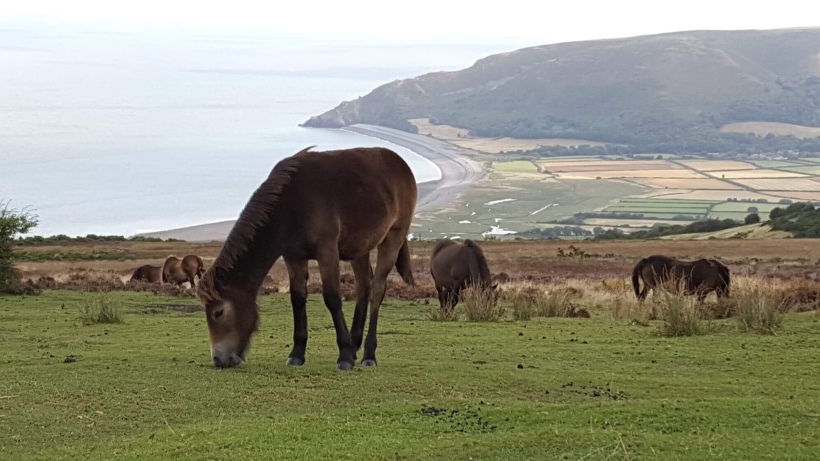 15. My usual role as Chief Cook and Bottle Washer at the campsite.

16. It was the first, but hopefully not last, time that ALL the kids and their partners came camping with us. We went to a café for a cream tea and our granddaughter didn’t want to be in the photograph, but you can just see her hiding underneath the table!

17. There was a stall with an Honesty Box outside a farm somewhere in Doone Valley where I bought this egg. I managed to snap a pic of both the massive egg and the Rhea that laid it in the background. 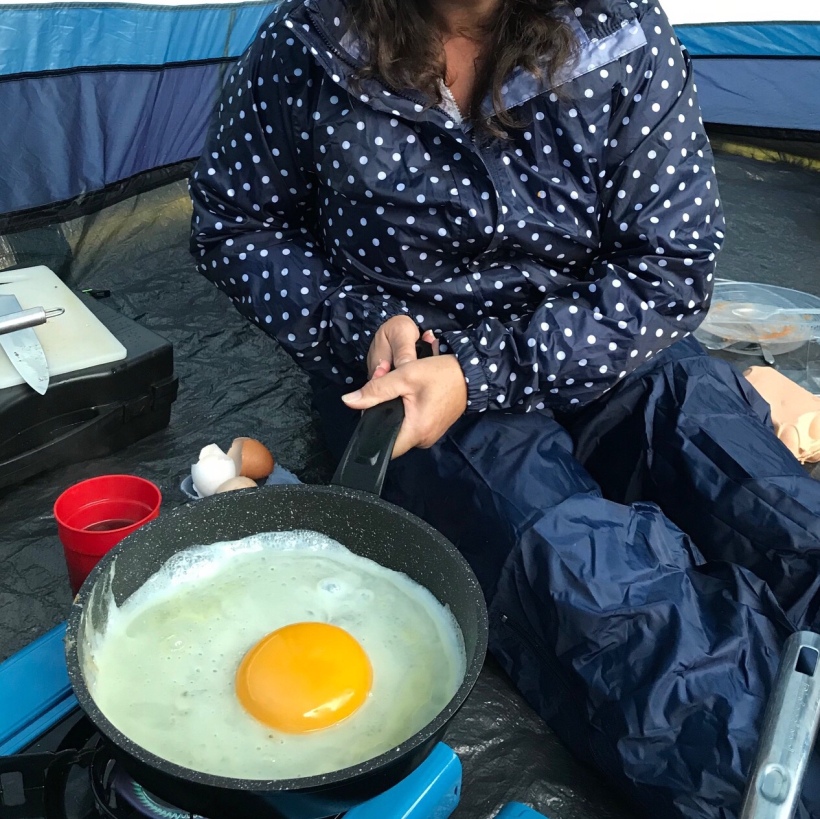 19. Home again, and this is the last picture of Cock that we have, eating out of our hands as he often did.

He died a couple of days later, after reaching the grand old age of six years.

21. So we’re now down to just two hens and Tess and won’t be adding to our brood until we’ve moved.

22. No.3 Son has rekindled his love of horse riding, which has taken a back seat in favour of football recently.

23. No.2 Son couldn’t wait to get back to boarding school after a six week Summer holiday – he really is having the time of his life and his little brother is impatient to join him.

24. When they’re both away at school, I’ll miss the little things that make me smile on a daily basis, like this sign on their bedroom door warning me about their battlefield of soldiers on the floor! 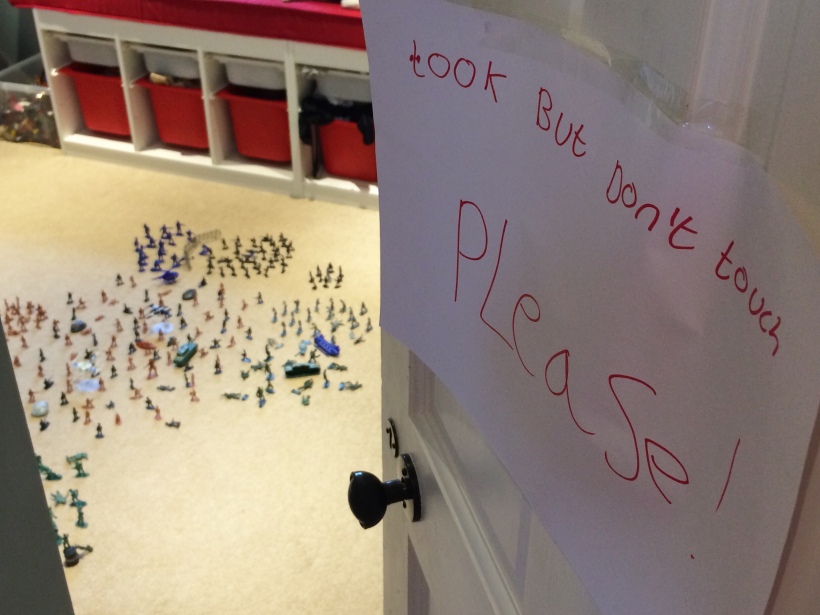 25. Still, I’ve got plenty of things to occupy me, like keeping up the stocks of the homemade jam that is now available for purchase by our B+B guests in boxes of three. 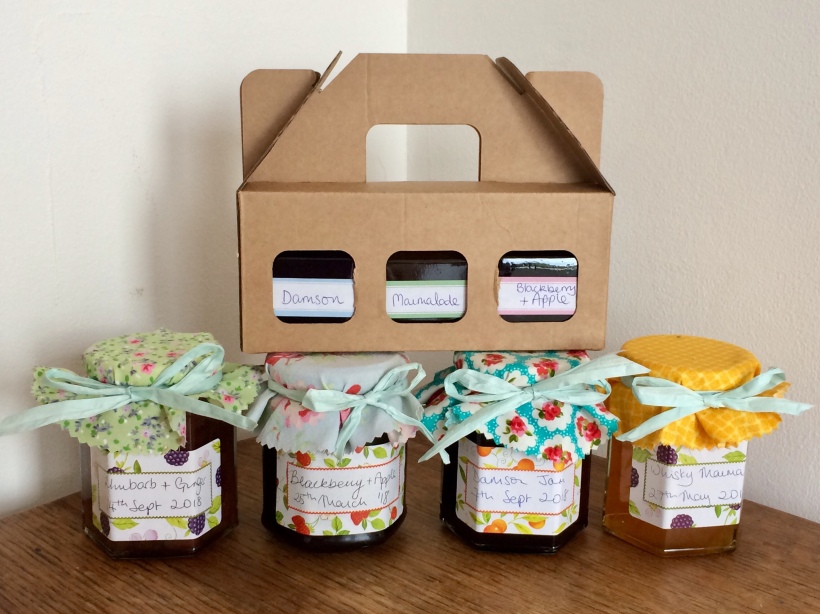 26. I’m also still teaching a couple of sewing classes each week, with students that are as keen as ever.

It’s a ‘poo emoji’ cushion, just in case you were wondering! I turned it into a skill-learning exercise by teaching her to do some appliqué and machine embroidery. 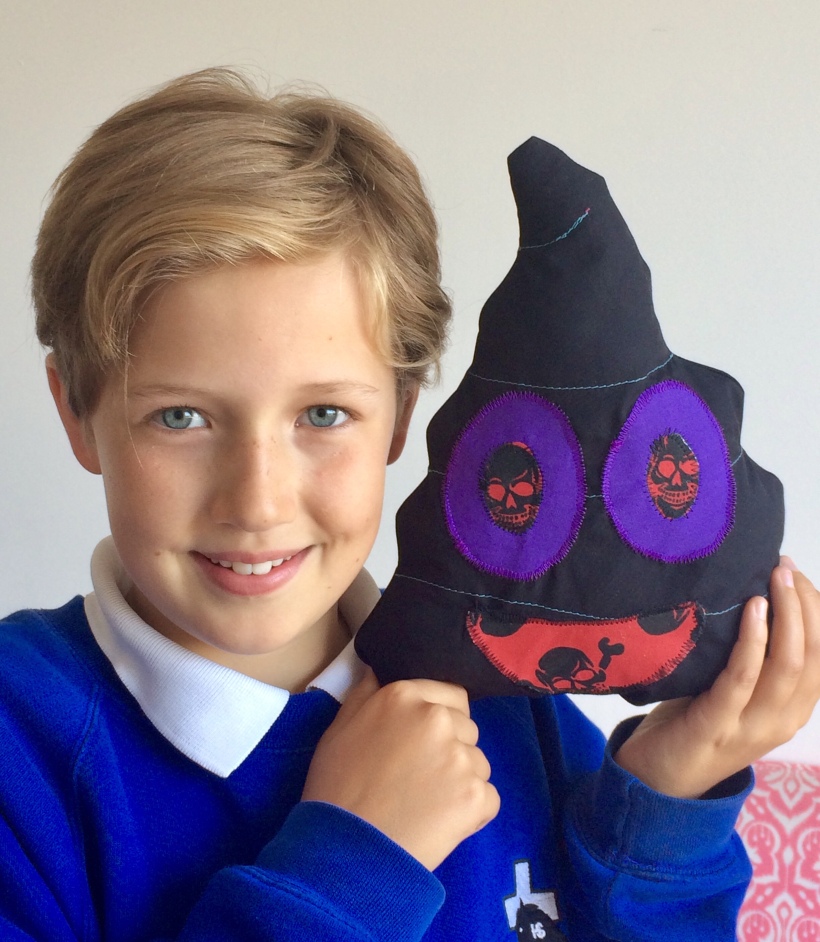 27. Socks are still ever present on my needles. 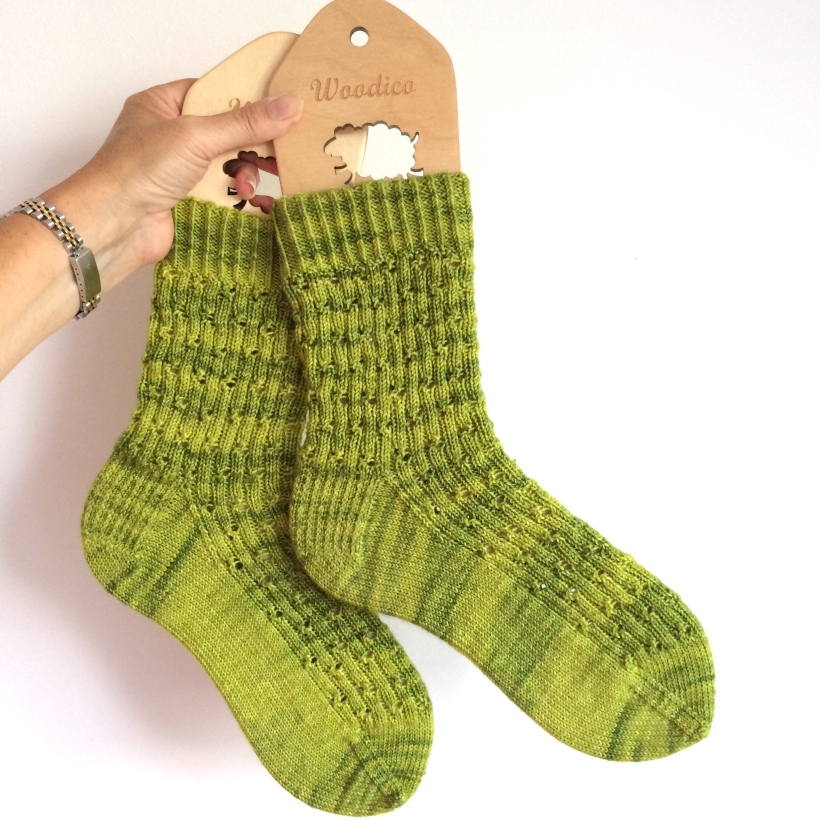 28. These, the eighth pair in my personal collection, mean that I have reached my goal of having only handmade socks in my wardrobe. A goal that I am actually rather proud of as it means a step forward in greener living.

29. Also on my (other) needles at the moment is this Holey Shawl, again, pour moi.

30. It’s not all selfish knitting though, as this jumper is to be a Christmas present. 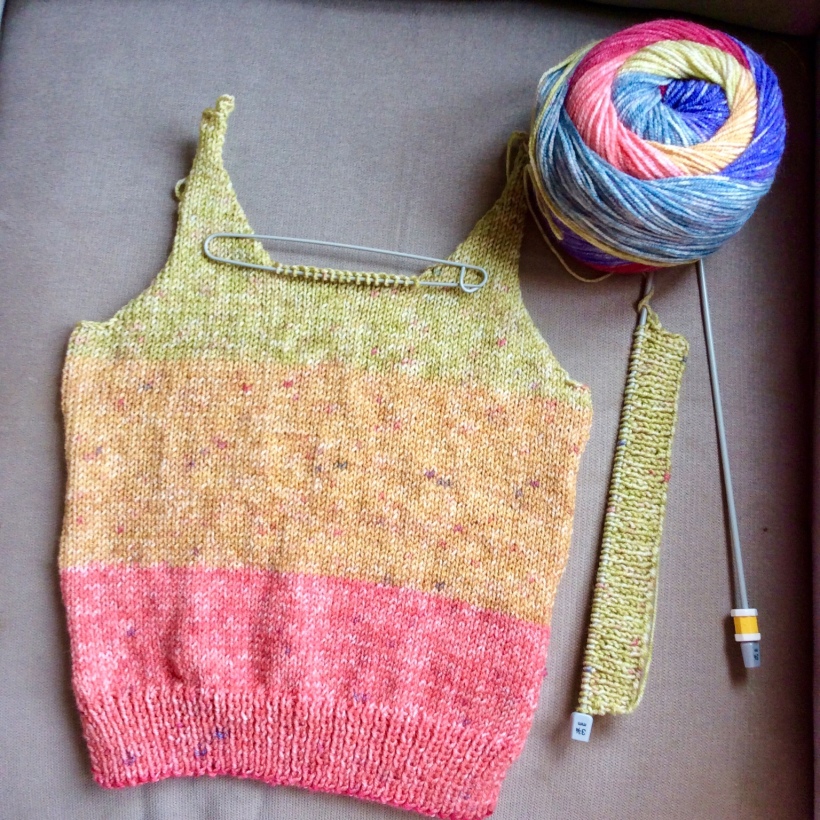 31. Probably the biggest news of the Summer is this though…..

If you got to the end, “Well done” and I’ll try not to leave it so long next time!