I knitted an egg this morning before No.1 Son had crawled out from his hungover slumber just after midday.

Yup, you heard right – I knitted an egg.

It took an hour and a half of knitting on 2.25mm needles with leftover sock yarn to finish this tiny creation, which was supposed to be sent flat to be filled with a polystyrene egg by the recipient.

Trouble was, I didn’t have the required 2.75mm needles or a tension gauge to refer to so it probably wouldn’t fit. I stuffed it with fibre fill instead, and popped it in the post.

The deadline was “Autumn”, the first day of which is 21st September so, although I’ve had this on my to-do list since early July, it’s still in time. Forty are needed to give to children next Easter according to Claire’s original post. How’s the tally going Claire? Do you need any more? Look out for this little parcel in the next day or two:)

Talking of parcels, this one arrived a few days ago – I LOVE getting parcels in the post, even if I already know what’s going to be inside. Is anybody else like that?

This was a yarn related giveaway from Sharon who blogs at Creativity and Family.

The ‘wrapping paper’ was printed patchwork cotton fabric and the ‘gift tag’ was a cute little chalkboard with my name on it.

There was a handwritten note inside saying that Sharon had also included some sweets for The Boys. How thoughtful! 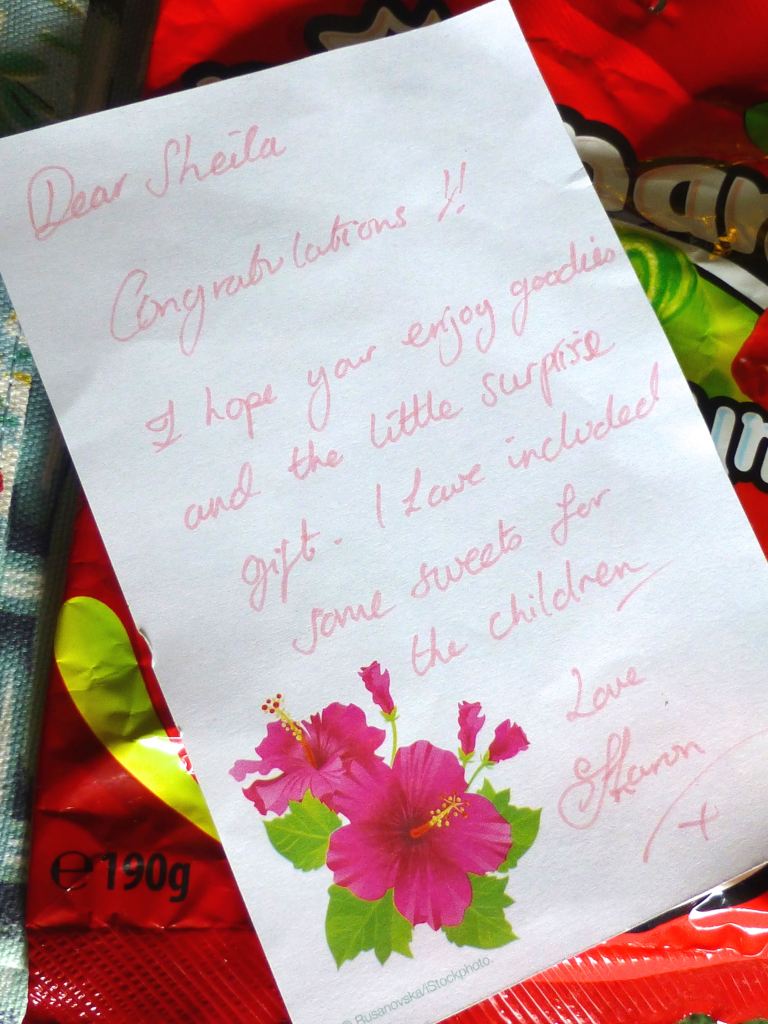 This is what the parcel contained. What a spread!

Shall I show you in more detail?

This lovely book which has so many great crochet projects to inspire. 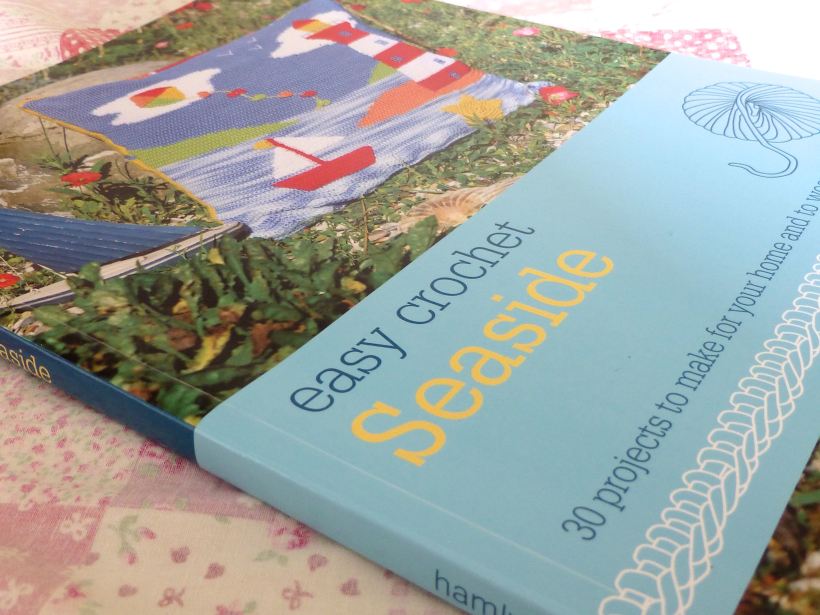 I’m rather liking the look of this boxy cardigan to start with. 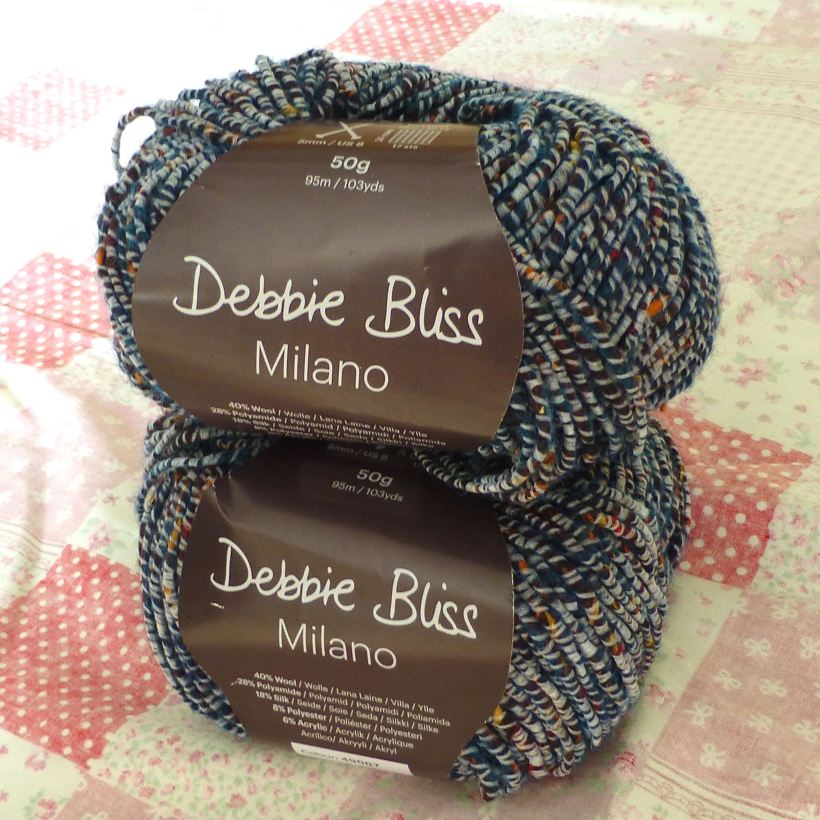 These gorgeous little stork embroidery scissors with attached miniature crocheted cat – a sweet reference to the competition which I won with the cat’s name “Whiskers”.

All of this will fit in the pretty Cath Kidston project bag. 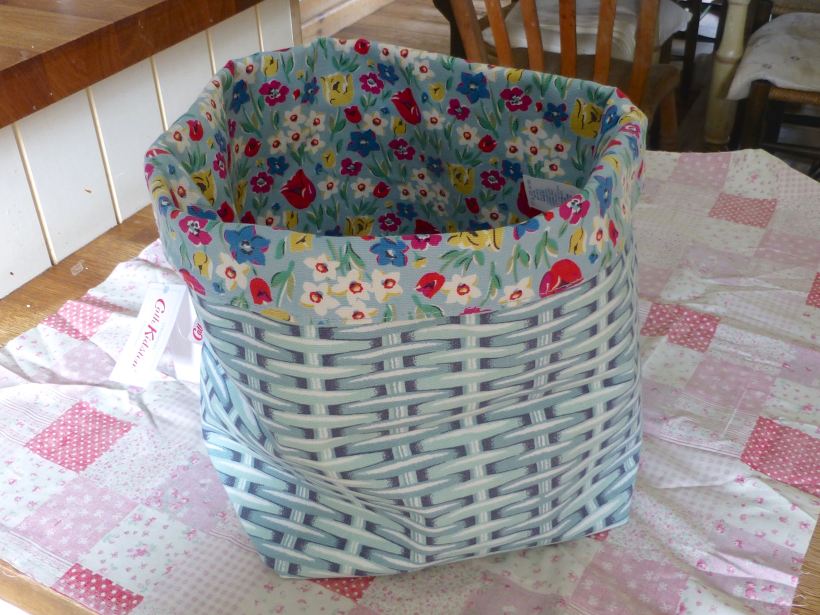 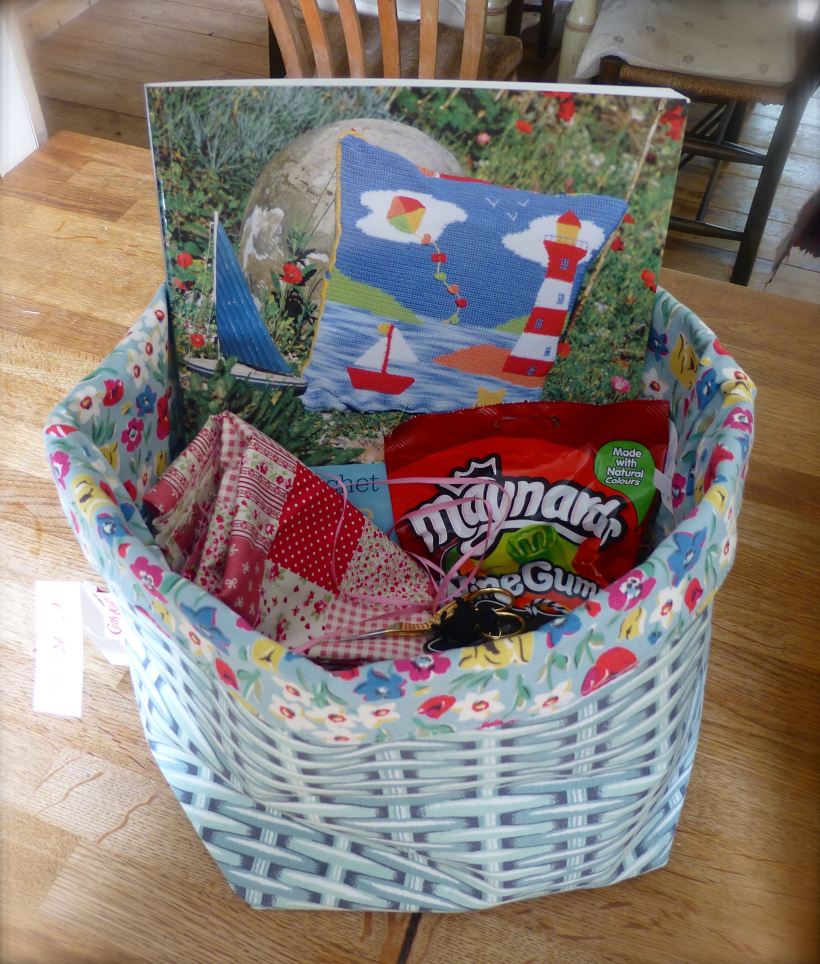 I’ve already started making a tweedy hat for one of The Boys.

I’ve just found out that I’ve won another giveaway too, this time a Hallowe’en fabric bundle from Nat at Threads and Bobbins. 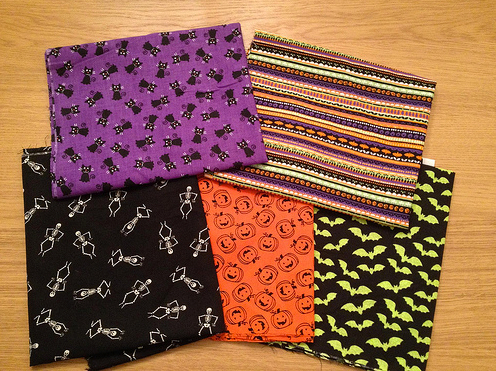 I can’t wait to get stuck into that little lot – any ideas what I could make?

If you cast your mind back to July, I won another giveaway, this one from Amy at Yarnaway, containing all this: – 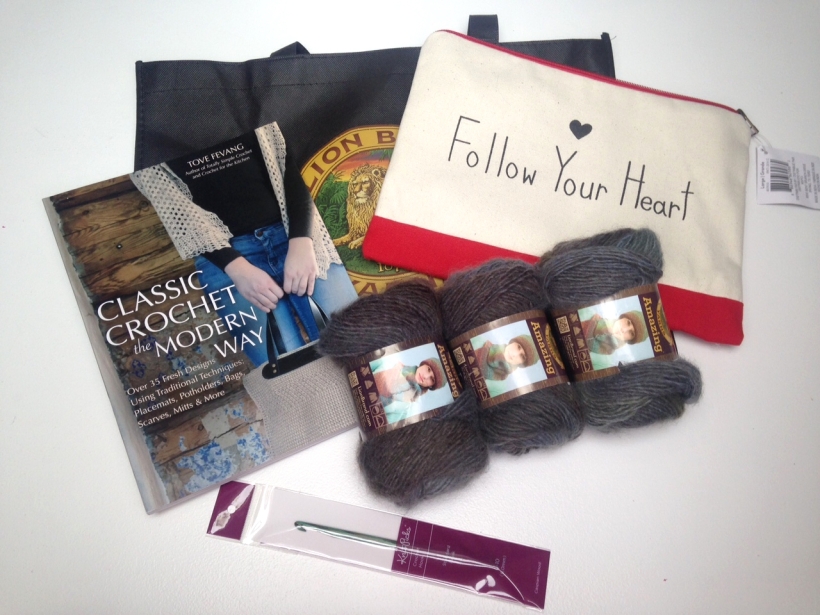 I made a crocheted rib beanie from the multi-tonal yarn…..

….and a pair of bobble fingerless gloves from the beautiful book that was included in the giveaway. 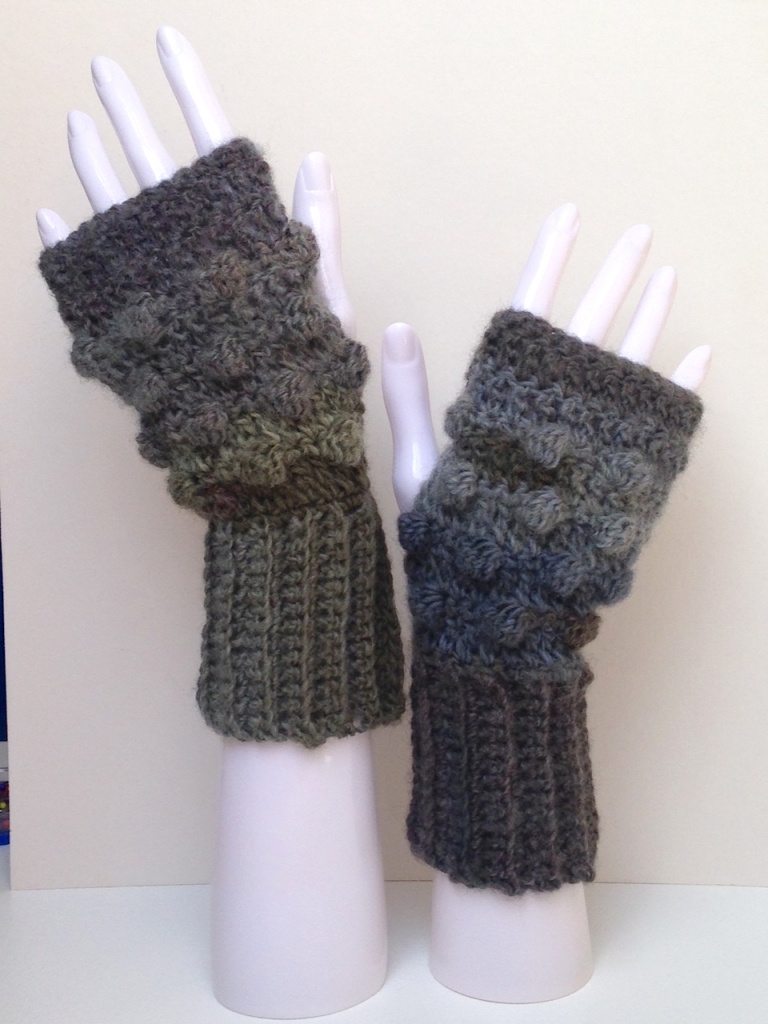 I’ve still got a whole ball of yarn left to use myself, so I thought I’d pass forward some of this generosity by hosting another giveaway.

If you would like to win the beanie and matching gloves either for yourself or maybe to give as a Christmas present, just leave a comment below.

A winner will be picked out of the hat as usual (no ‘random number generators’ on this blog!) after midnight on Wednesday 16th September.

57 thoughts on “Giveaways And Giving Back”