If you have been following my blog this Summer, you may have noticed my penchant for linen and the ‘Lagenlook’ style of clothing.

Linen is not only comfortable to wear and brilliant for keeping you cool on those long, hot Summer days, (not that we had many of those in England this year) but it also gets better with washing – softer and more drapey.

The pattern I wanted to try was V8813 by Marcy Tilton for Vogue which called for a lightweight linen or jersey. Obviously I chose a linen, and went for a stunning Pillar Box Red 100% linen from Minerva Crafts. It has a subtle sheen to it which is quite unlike the linens I have bought before. 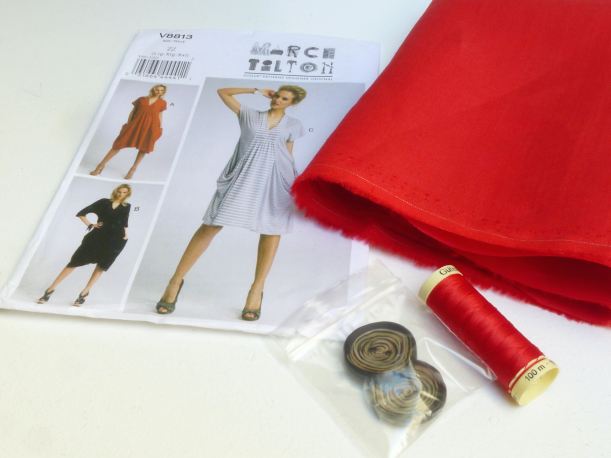 As we’re heading into Autumn, short sleeves were not an option so I opted for view B with three-quarter length sleeves. 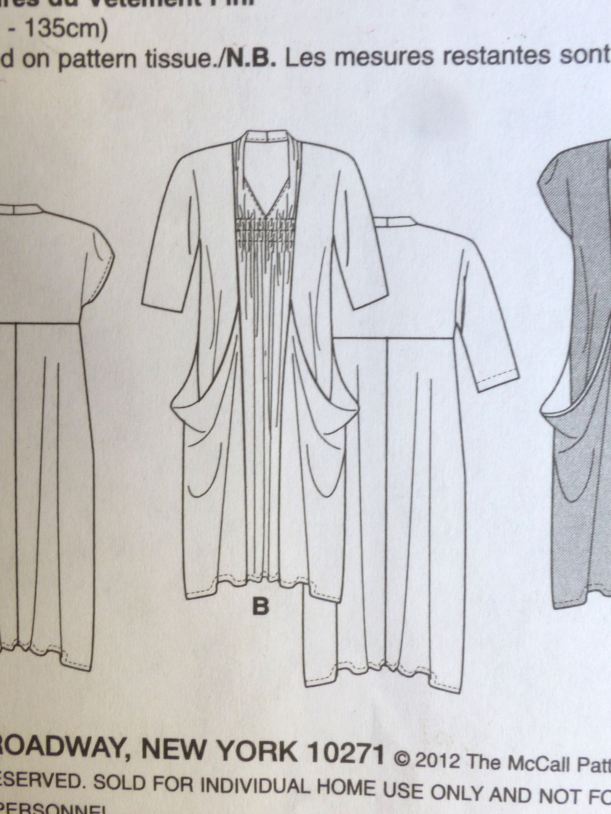 Although not immediately obvious on the pattern envelope, the oversized pockets have a pleat in them which is held in place by a button. As the fabric is plain, I decided to make a statement with these swirly patterned buttons which are very striking and quite unusual; they look like they’re hand painted. 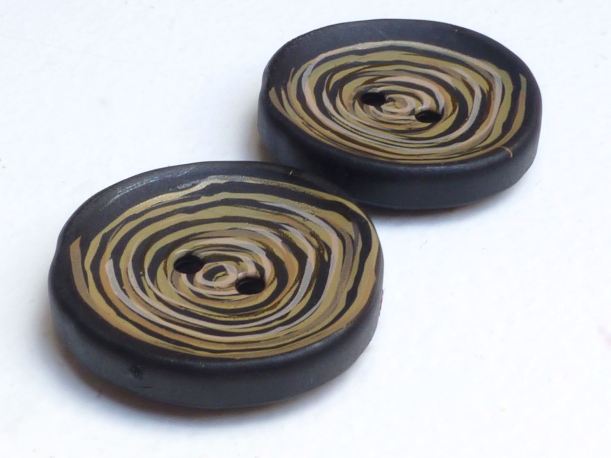 The dress came together very easily but, although I washed the fabric before starting to sew, it is still stiffer than I’d like. A few more washes will soften the linen more and more though, and those pockets will drape better eventually – they just look a little too structured at the moment.

After the main body of the dress has been constructed, the centre front panel is inserted and then the gathered detail is added.

Having read several other blogs featuring this pattern, it seems some people are finding that it is less fiddly to complete the gathers prior to inserting the front panel. However, I am used to using Vogue patterns and decided to follow their instructions which worked for me.

The pattern includes a great way to get really even gathers so I thought I’d show it in more detail as it’s a technique that would transfer to many other projects.

You cut lengths of cord twice as long as the guide lines – I used a baker’s twine but any thin cord will do.

Pin the cord in place along the guidelines.

Set your stitch width to a wide zig zag. 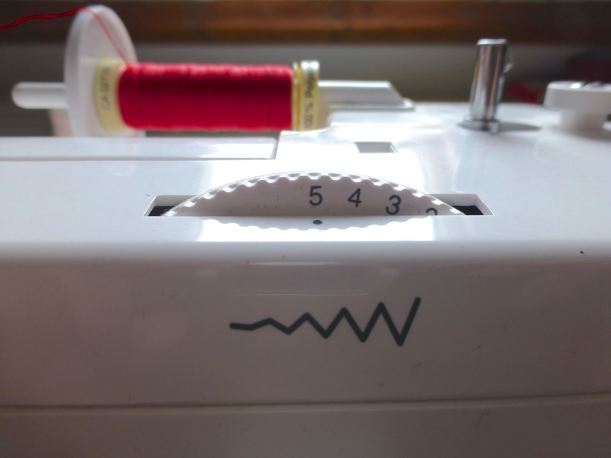 Zig zag over the cord being careful not to catch the cord in the stitching. I found that it just stayed in the groove of the sewing machine foot which made it easy.

When all the cord has been enclosed, secure one end of each of the cords by wrapping it around a pin in a figure of eight motion. 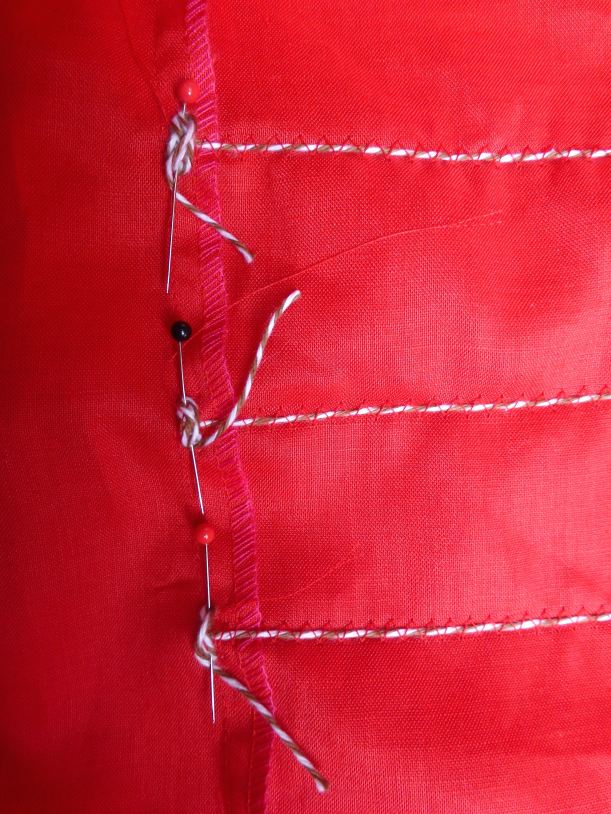 Then simply pull the other end of the cord to create even gathers across the entire length.

Secure with another pin at the other end and steam the gathers so they stay in place.

Finally, top stitch from the right side in two rows either side of the previous zig zag stitching. 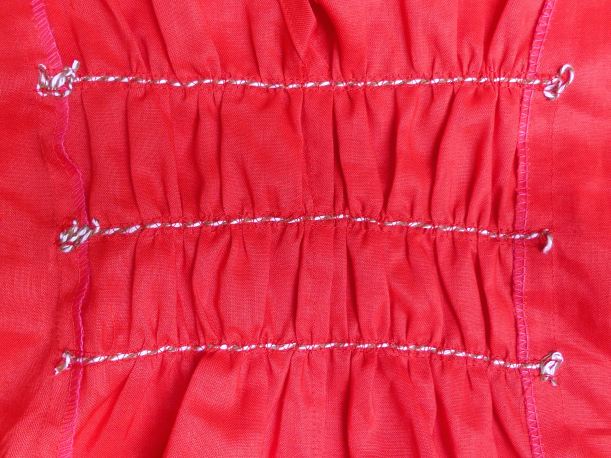 This is my favourite way to create gathers which are nice and even – it might take a little longer than the usual method of just pulling up the bobbin thread, but it’s much more professional looking and well worth perfecting the technique.

I amended the design by adding a row of top stitching to the shoulder seams as it’s always a nice finishing touch.

I prefer to leave the sleeve hems and bottom hem to the very end so deviated from the instructions at this point.

The very last thing to do was to sew those wonderful buttons in place!

Can you see the slight sheen? It’s almost like silk. 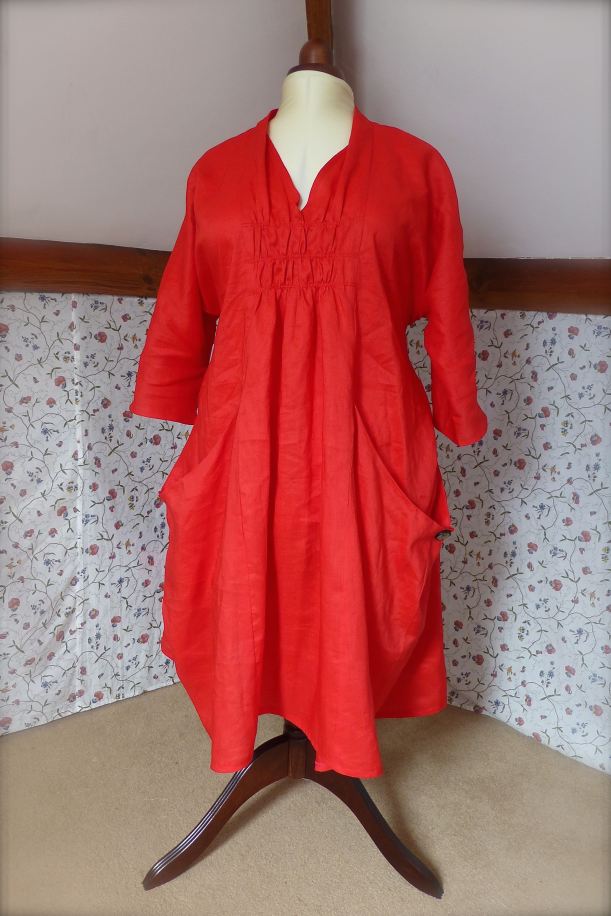 It is SUCH a comfortable dress to wear and will drape more softly after a few more washes. I can see myself teaming it with a pair of tights and boots for the colder weather.

If you are tempted to try this pattern, there’s never been a better time as it is half price at the moment!