For those of you that would like to see how the dreaded Hoodie turned out, here’s a link to the full blog post: – The Hoodie That (Almost) Changed My Mind 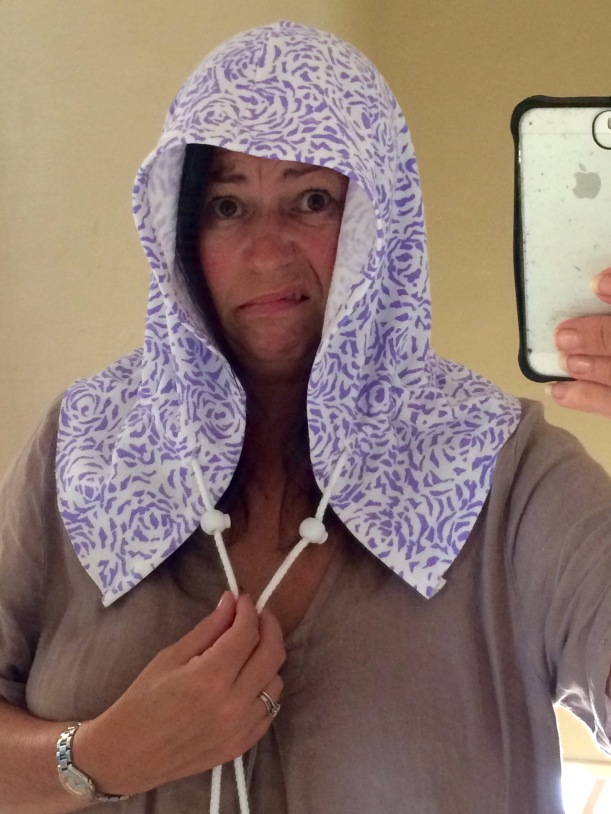 This is my first post as part of the Minerva Crafts Bloggers Network, and this is what I chose for my first make – a bold print Poncho with a cosy cowl neck, perfect for this time of year. 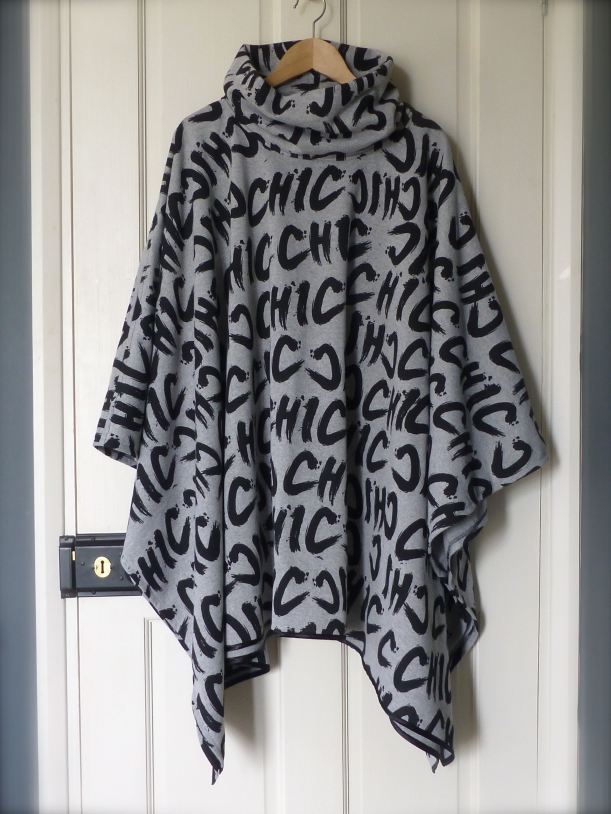 If you’re anything like me, you’ve probably got your fingers in several pies and have lots of projects on the go at any one time, many of which are time-heavy and are completed over the course of weeks or even months.

Occasionally, just occasionally, I get impatient and don’t want to add yet another row to a seemingly unending WIP.

Once in a while I feel the need to make something quickly, to achieve something within a couple of hours, to finish something.

Well this is just such a project. In fact it is such a satisfyingly speedy make that it can be whipped up in just one hour! 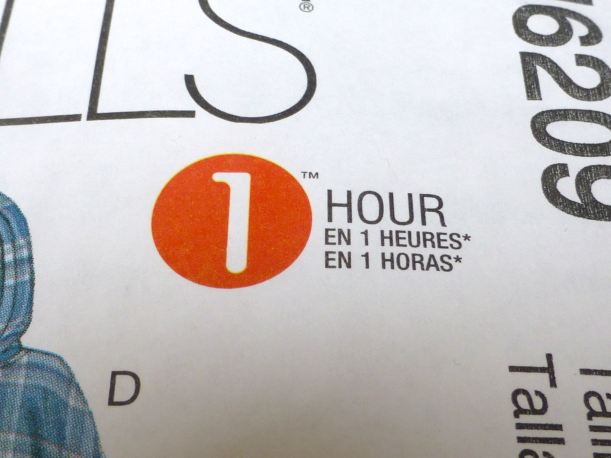 Other than speed, the inspiration for the poncho came from browsing the huge range of fabrics available at Minerva, and happening upon this bold “Chic” print which I thought had a touch of the Parisienne about it – isn’t it fantastic? 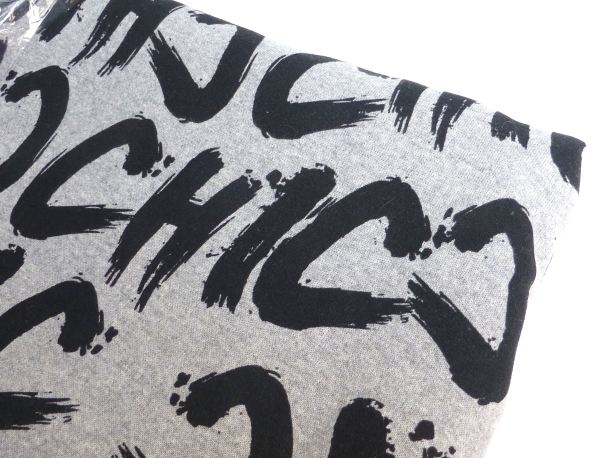 The fabric is described as “….sweatshirt jersey fabric, a lovely heavy weight with a soft fuzzy-textured backing. The print is a fantastic bold design with the word ‘Chic’ printed randomly across the surface….great for making hoodies and comfy jackets”

Please don’t be put off by the word ‘sweatshirt’ – it’s such good quality that it looks deceptively like wool from a distance, the benefits being that it is cheaper and easier to wash.

If you like it, you’d better be quick as it’s on clearance and there are only limited stocks:)

I’m not a hoodie kind of gal, so I searched for a poncho pattern and found McCall’s 6209 which is half price at the moment, and decided to make view ‘E’ with a cowl neck to keep those chilly winds out.

I’ve actually got a knit poncho that looks exactly like the one illustrated and I wear it all the time in place of a jumper. It’s not substantial enough to replace a coat though, so I wanted to choose a warmer fabric which drapes loosely for comfort and the jersey does just that. 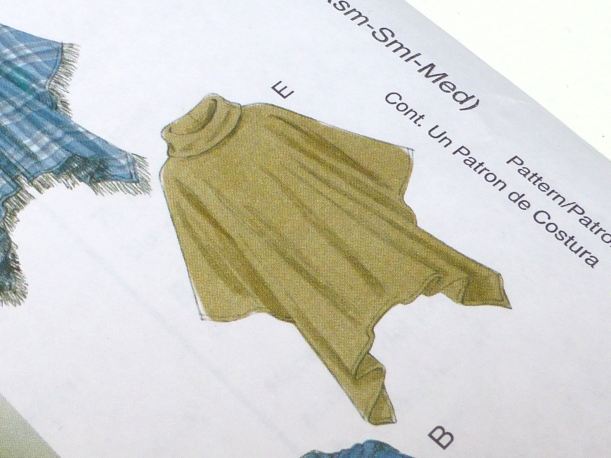 I made the cowl up as per the instructions. The fabric has a lovely weight to it that stops it flopping too much.

The top stitching around the neck edge looked so nice that I decided to stray from the directions a little and top stitch from the shoulder to the arm too, on either side of the seams. 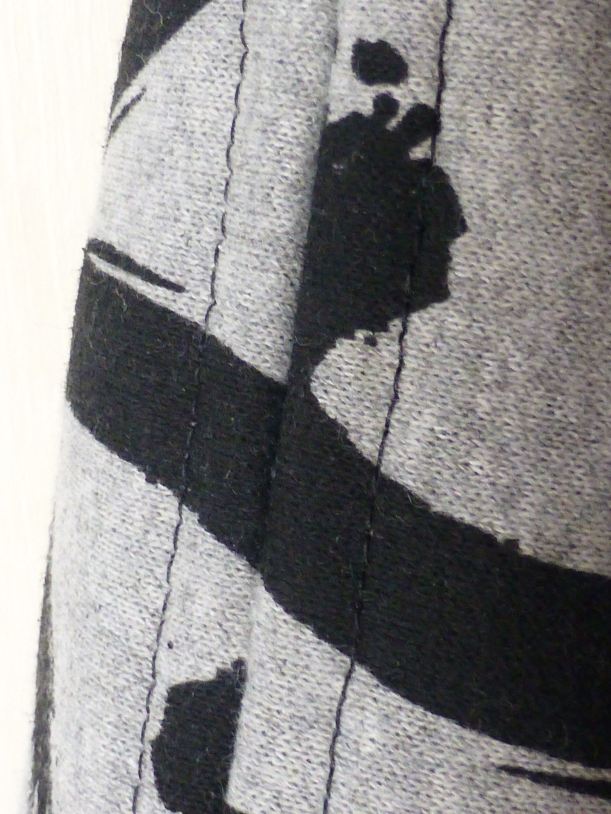 I overlocked the raw edges before hemming them as a double-turned hem would have been too bulky in this fabric. 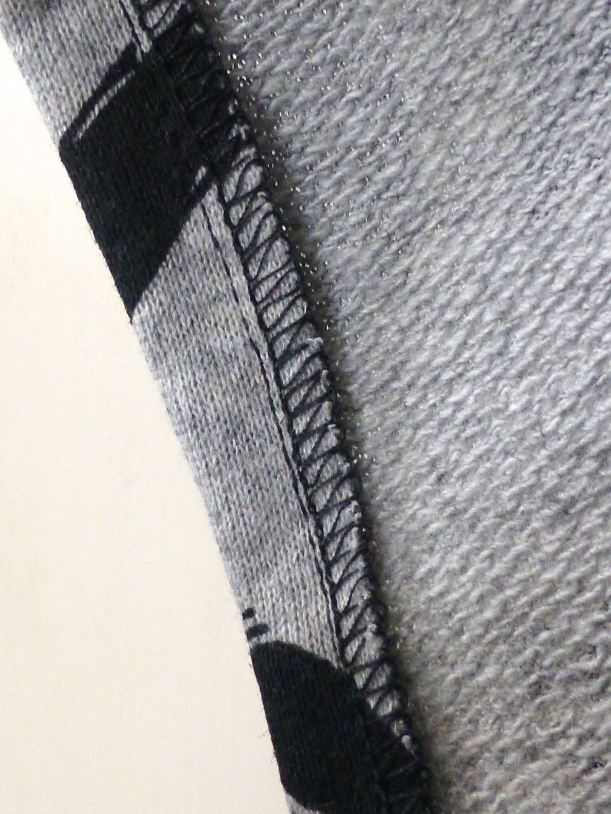 I meandered a little further from the instructions when I also decided to add some satin bias binding all around the lower hem.

This addition creates a more professional finish and the sheen of the satin adds a luxury edge to the poncho. 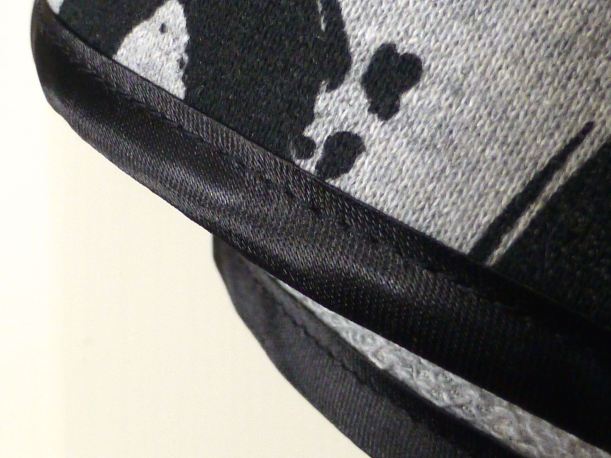 I’m so pleased with the bias binding, I wish I’d ordered more and done the armhole edges too, instead of hemming them.

So, one and a half hours later (due to the extra embellishments) all it needed was a cold, windy day to test it out and, being in good old Blighty we are not short of those!

I had no idea the poncho would cause such a stir though and I’ve already had loads of compliments. I suppose it is pretty unique and that in itself will draw comments.

Do you ever get the urge for a quick make?

What have you created in just a couple of hours?